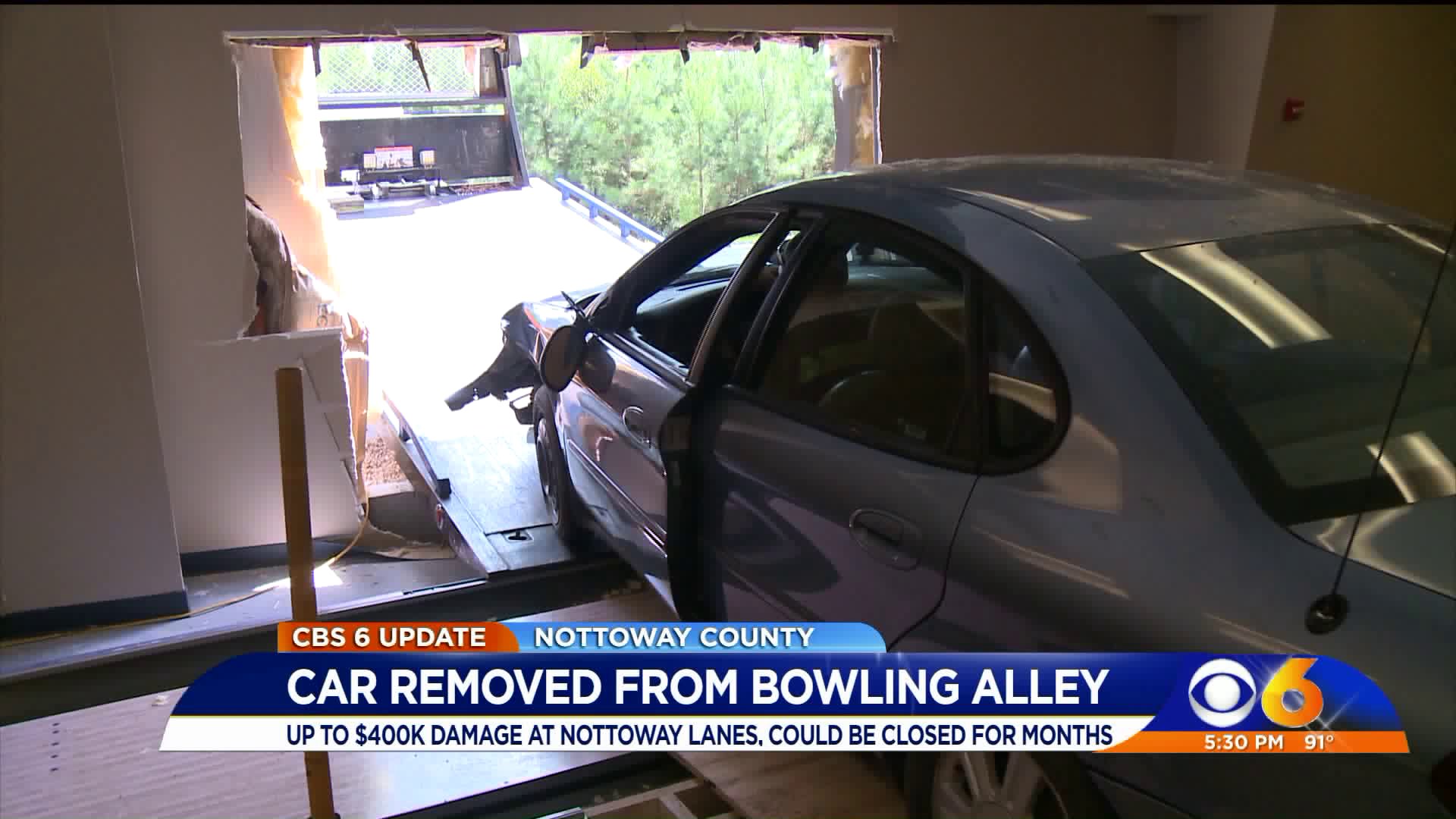 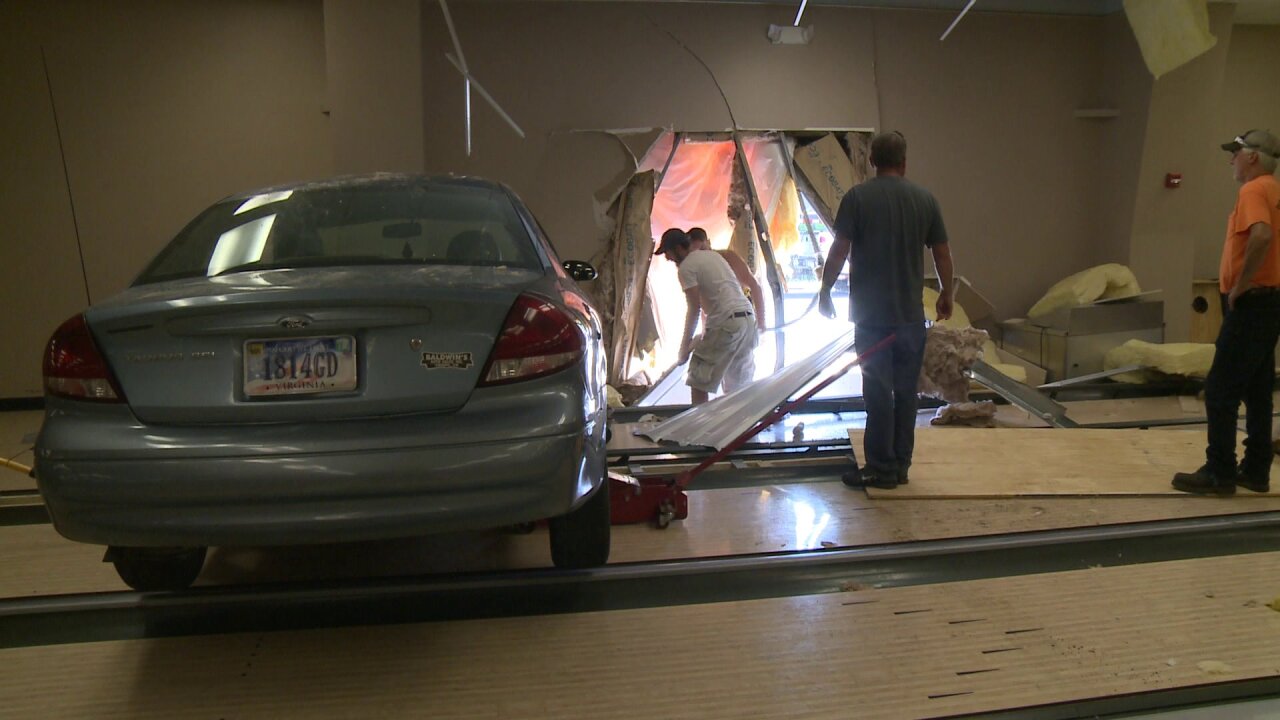 NOTTOWAY CO, Va. --- Pins weren't the only thing  knocked down at Nottoway Bowling Alley on Sunday when a driver crashed her car through the building,  knocking down a wall and coming to a stop between bowling lanes.

On Sunday  shortly before 3 a.m., Virginia State Police responded to a single vehicle crash into a building at the Nottoway Bowling Alley on Darvills Road.

The preliminary investigation revealed that a 2007 Ford Taurus driven by 20-year-old Rhiannon M. Heller of Blackstone, was reversing from a parking spot and then put her car in drive striking a parked car. She then hit the accelerator and veered through the grass before driving through the building. 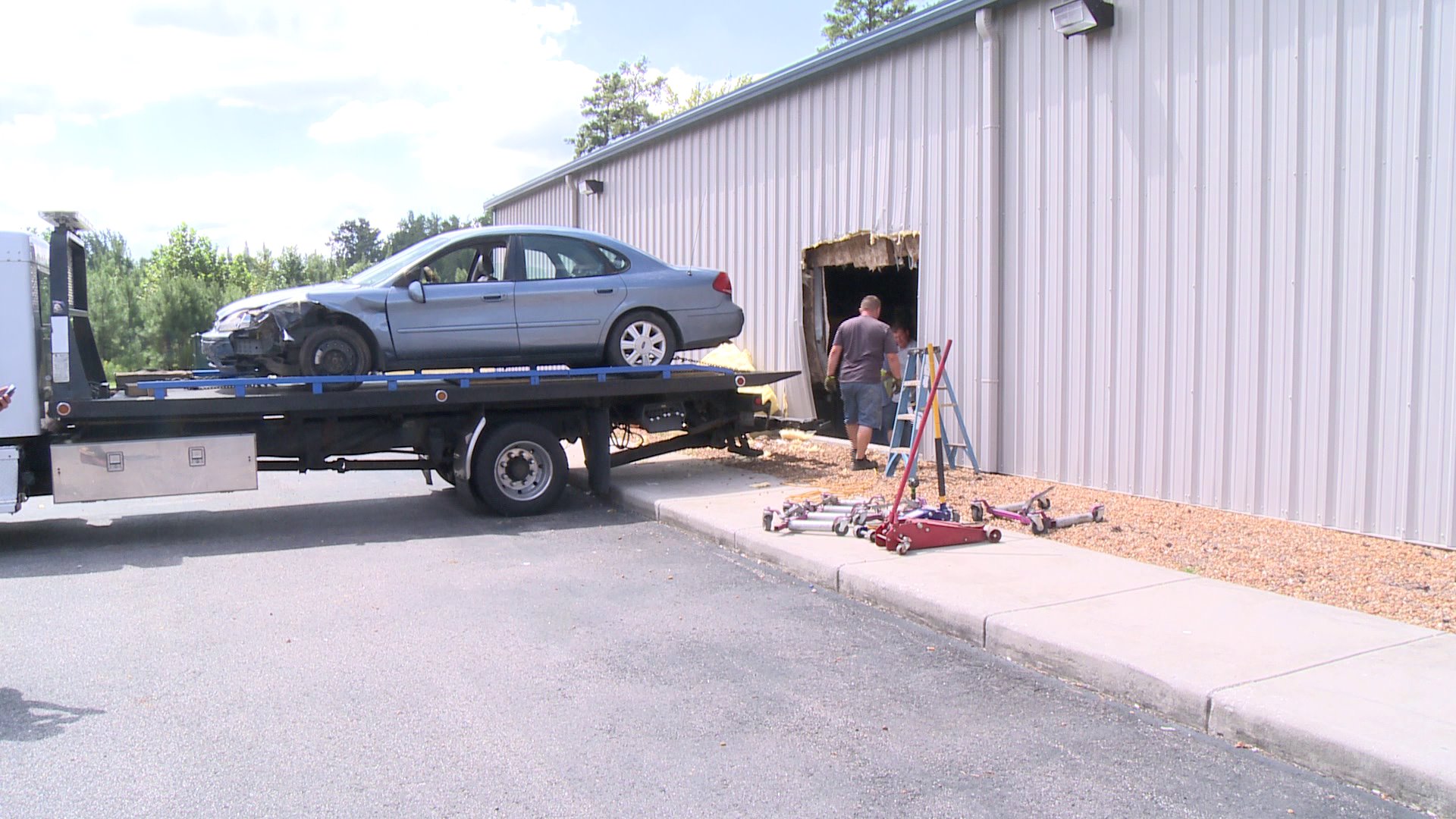 Heller was arrested and charged with underage possession by consumption and reckless driving.

Additional charges may be pending per consultation with the Commonwealth Attorney as the crash remains under investigation.