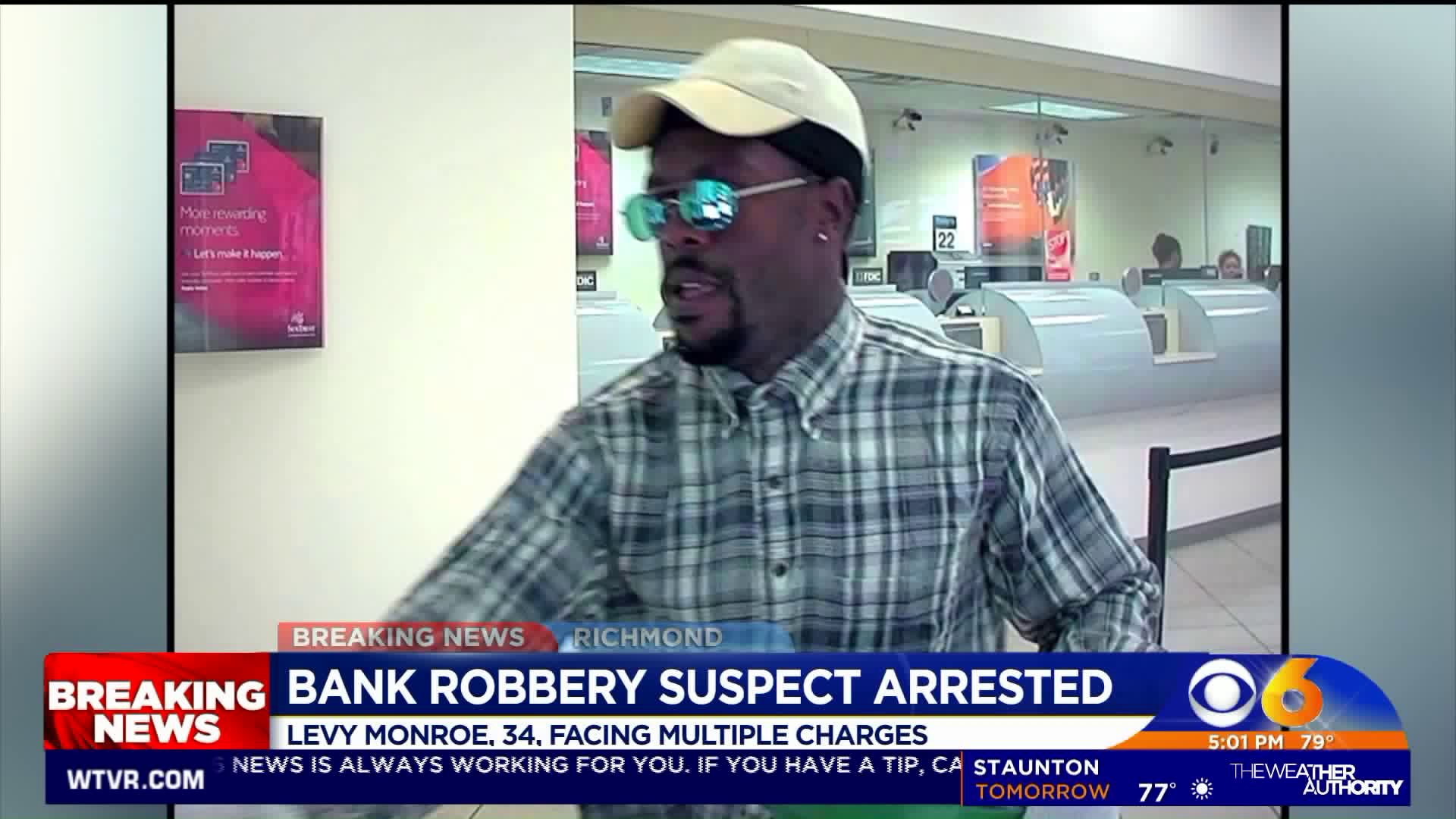 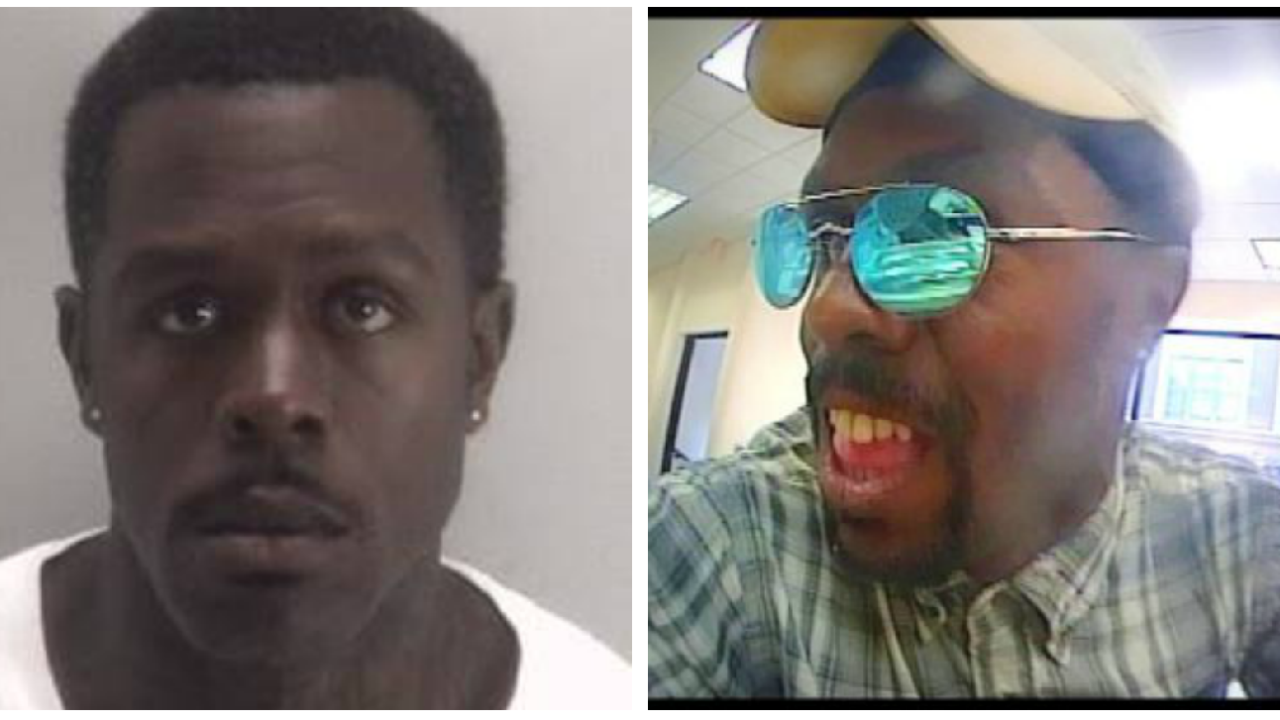 RICHMOND, Va. – A Richmond man has been arrested after police say he robbed one bank and attempted to rob two others in less than three hours Wednesday afternoon.

Levy G. Monroe, 34, has been charged with attempted robbery and use of a firearm in the commission of a felony in connection with one attempted bank robbery

Police say additional charges are pending in connection with the second attempted robbery and the robbery of the Wells Fargo in the 3500 block of West Broad Street.

Richmond Police officials said officers were called to the SunTrust bank, located in the 400 block of East Grace Street, just after 12 p.m. for a report of an attempted robbery.

"A few moments later he left the bank without receiving any cash and fled the area on foot towards North Fourth Street,” James Mercante with Richmond Police said.

Police believe Monroe entered the SunTrust in the 1800 block of West Broad at 2:10 p.m. and passed a teller another note demanding money. However, police said he left empty-handed.

Just 22 minutes later, police say Monroe entered the Wells Fargo in the 3500 block of West Broad Street. This time, he allegedly passed a note demanding money and made off with an undisclosed amount of cash.

In the three incidents, police said the suspect did not display a weapon and there were no injuries.

Monroe was arrested in the Gilpin Court neighborhood Thursday morning without incident.

Detectives ask anyone with further information about these incidents to call Fourth Precinct Detective P. Cho at 804-646-2939 or contact Crime Stoppers at 804-780-1000 or online at http://www.7801000.com. The P3 Tips Crime Stoppers app for smartphones may also be used. All Crime Stoppers methods are anonymous.