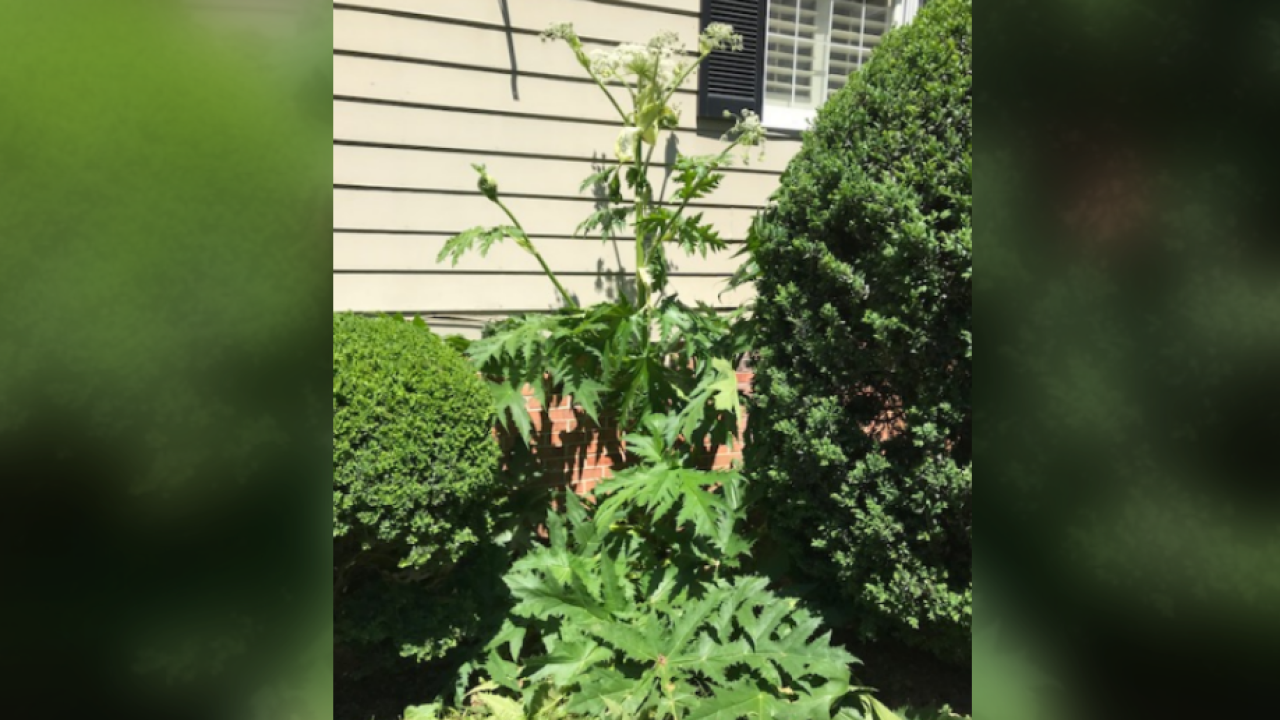 BLACKSBURG, Va. — As the cases of Giant Hogweed discovered in the Commonwealth stack up, researchers at Virginia Tech have released a guide to help people identify the dangerous weed.

Sap from the plant, in combination with sunlight can cause third-degree burns and permanent blindness, according to researchers.

“If you are exposed to the sap, immediately get out of the sun, wash with soap and water, and if a reaction begins to occur, seek immediate medical attention,” said researchers.

The Giant Hogweed plant was intentionally planted in Clarke County, Virginia in the 1970s, but has recently been confirmed in other locations in Virginia.

In comparison, the closely related native species cow parsnip is much smaller with leaves up to 3.25 ft (10 dm) wide and stems to 2 in (5 cm) across.

Researchers say the Giant Hogweed is most commonly confused with poison hemlock and Queen Anne’s lace due to similar flower characteristics.

The dangerous weed is also commonly confused with Elderberries due to their similar size and white flower clusters.

“Giant hogweed can be distinguished from these species using a number of characters. Focusing on traits including flower color, size, and leaf dissection typically characterize samples as giant hogweed or other species,” said researchers.

If you come across the plant, you can report sightings of an invasive species here.

If you wish to remove the plant, do not use a weed-whacker. This will cause the plant’s sap to splatter and spread quickly.  Eradication should be done by physical removal or using herbicides such as glyphosate or triclopyr. Read more about removal here.

For more information about how to identify the Giant Hogweed, click here.