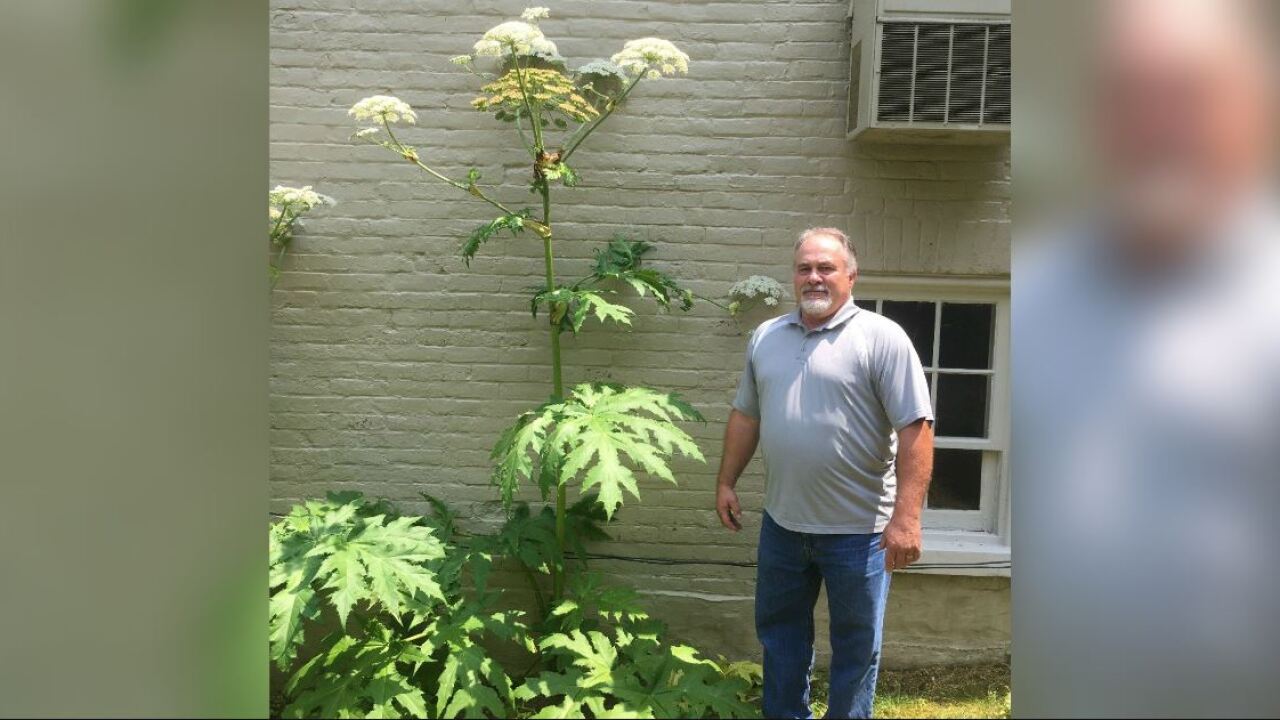 CLARKE COUNTY, Va. — The dangerous Giant Hogweed recently identified in Virginia was “planted intentionally,” according to the Virginia Tech researchers who helped identify the plant.

“It’s a dangerous plant but I’m not overly concerned about it,” Michael Flessner, an assistant professor and extension weed science specialist at Virginia Tech, said. “This seems to be an isolated incident.”

The Giant Hogweed was planted decades ago in Clarke County, Virginia, according to the researchers, and has not spread.

“Giant Hogweed is a Tier 1 Noxious Weed in Virginia and should be reported to the Virginia Department of Agriculture and Consumer Services. Prior to last week it had not been confirmed in the state,” a spokesperson from Virginia Tech wrote.

Sap from the invasive plant, combined with sunlight, can cause third-degree burns and permanent blindness, according to researchers.

“Property owners who think they spot Giant Hogweed should not panic,” Jordan Metzgar, curator of the Massey Herbarium at Virginia Tech, said.

“Giant Hogweed can grow to be up to 14 feet tall while cow parsnip is generally shorter,” Metzgar said. “Cow parsnip can also cause a mild skin rash but isn’t nearly as dangerous as Giant Hogweed.”

If you come across this plant, you can report sightings of an invasive species here.

“No one should mow or use a weed trimmer to remove either Giant Hogweed or cow parsnip without wearing proper covering and safety gear,” Flessner said.

Giant Hogweed has been found in other states, primarily to the north of Virginia.