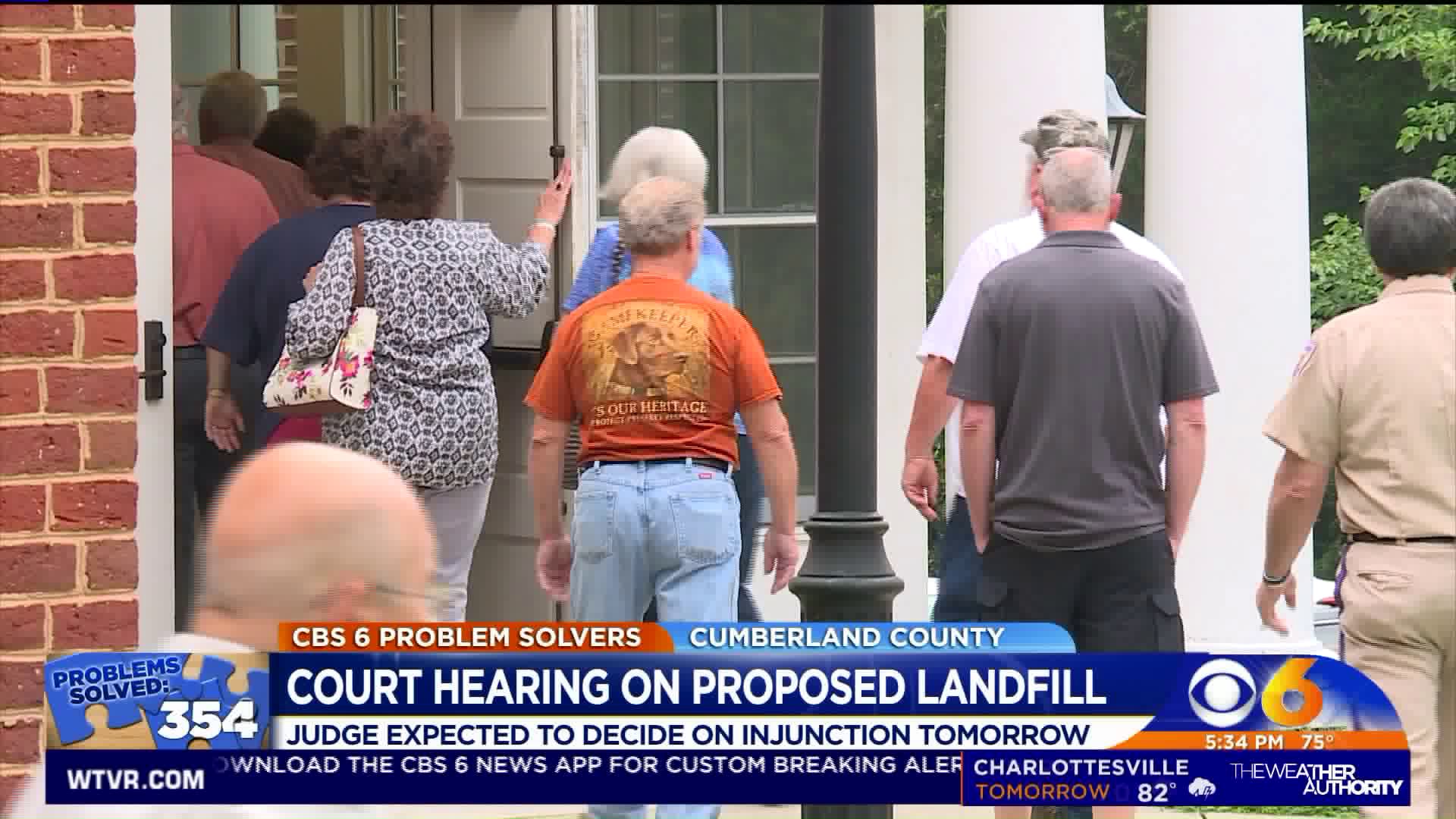 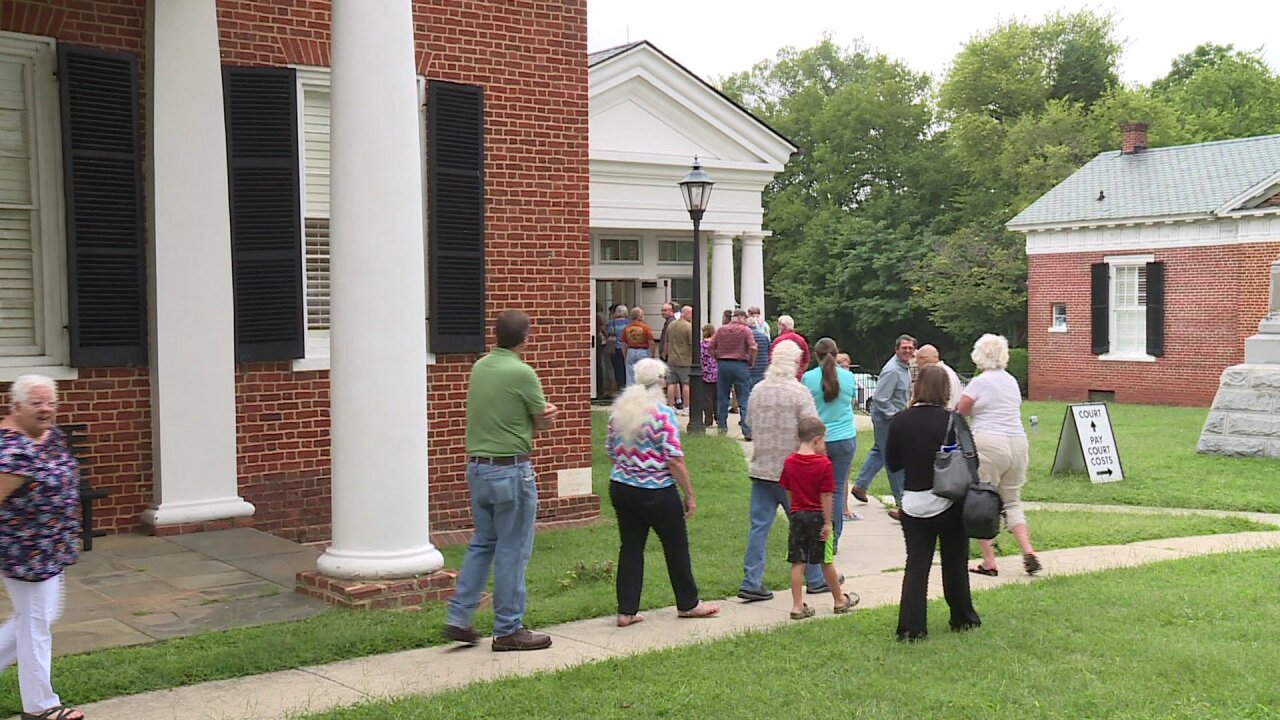 CUMBERLAND COUNTY, Va. -- Residents eager to know the fate of a proposed landfill in Cumberland filed into the County courthouse on Monday to hear if a judge would grant an injunction to stop the county from moving forward with plans.

With a population of under 10,000 people, many residents of Cumberland County are concerned about the prospect of a landfill in their neighborhood.

Resident Irving Belles said he's so concerned about the landfill, he wouldn't miss the court hearing.

"I’m hoping the judge will strike it down so we don’t have to fight with the administration to have a dump here," Belles said.

Officials with County Waste of Virginia recently explained to CBS 6 News and neighbors that there would be noise and lighting limits as well as a plan to conduct well monitoring and well sampling for adjacent property owners.

But constituents like Cecil Youngblood aren't convinced that it's a good idea and cite environmental concerns among their reasons for hesitation.

"The water will go directly into the James and everybody to the bay will be affected in ten to fifteen years," Youngblood said.

Some residents are more concerned with potential safety issues - like the prospect of school buses having to share a toad with hundreds of trash trucks every day.

"It's a single lane road and putting that many trucks on the road with buses is a concern," Grimsley said.

Advocates for the injunction explain that it is necessary in order to get the issue on November's ballot. "Majority rules and our society is based on that fact. To get a true voice and consensus of the people we use election cycles and we use elections. That gives us the ability for checks and balances," Bruce said.

Attorney Lee Byrd, who represented Cumberland County in court Monday, told Judge Hughes that granting an injunction would be harmful to the county for economic reasons.
He also argued there are no local or state provisions that allow for a landfill referendum to be done by citizens in this manner.

Without taking action, Judge Hughes adjourned. He explained that he would delve into the information presented by both sides before making a decision.

Monday morning, Judge Hughes told a crowd of about one hundred people that he will make a decision on Tuesday.

As for whether the landfill issue ends up on the November ballot, he could decide on that matter on August 23rd.