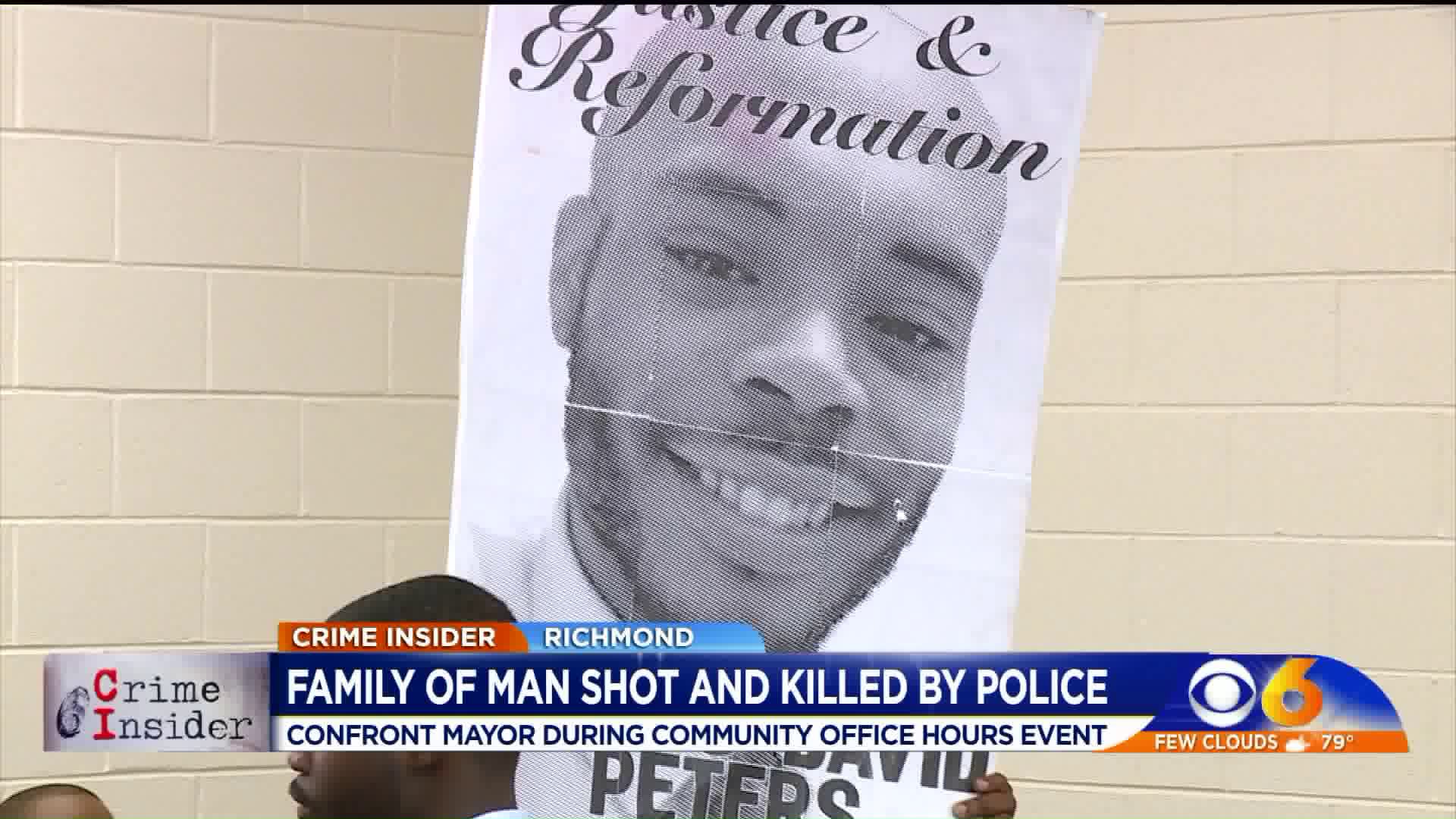 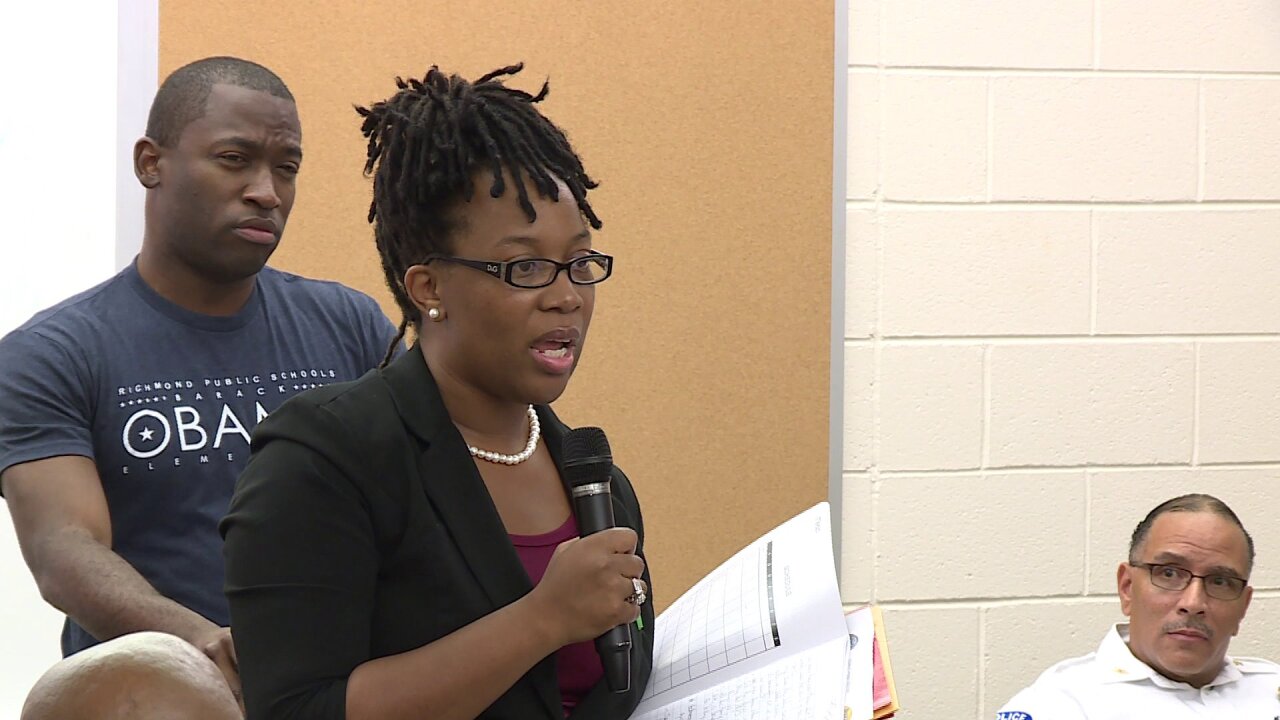 RICHMOND, Va. -- It was supposed to be an office hours-style meeting for Southside residents to ask questions of Richmond Mayor Levar Stoney.

But the first person up to the microphone was the sister of Marcus Peters, the man shot to death by a Richmond Police officer on Interstate 95 in May. She claimed to have the medical examiner’s report and wanted answers to some specific questions.

"You all have the information and I'm asking. Again... How many times was Marcus David Peters shot?” demanded Princess Blanding.

“And I'm replying again. That we will not be able to speak to the investigation: Once the Commonwealth’s Attorney is done with doing his job," Mayor Stoney responded.

In Richmond Police body-cam footage a naked Peters can be seen dodging cars, hitting at least one, doing snow angels on I-95 and then lunging at Richmond Police Officer Michael Nayantaki, which was taken as a threat to the officer’s life.

Peters was tased, then shot twice, according to police.

But Blanding said the autopsy shows a different story.

"My brother was shot three times," she said Thursday.

Multiple Crime Insider sources confirmed Peters had three wounds, however one shot went through and exited, and one was an entrance wound.

"We hear people saying Marcus must have been on “flakka” and a whole bunch of other craziness... That's what they wanted people to think. He had to be strung out on some drugs... None detected," Blanding insisted.

Blanding let members of the media see the report, which did report -- in bold letters -- that no drugs were detected. However, Crime Insider Jon Burkett was not able to see if it was on Medical Examiner letterhead. Crime Insider sources told Burkett the full toxicology was not complete.

They indicated that the report Blanding had in her possession was most likely based from blood results and that Peters underwent multiple transfusions at the hospital.

"It's all a cover up,” Blanding said.

Blanding claimed her brother was having a mental health crisis. She has remained outspoken that Marcus needed help, not death.

She said he was at school in Essex where he taught and made it to his second job at the Jefferson Hotel in downtown Richmond without incident.

Police said Peters left the hotel and hit two cars while making his way to I-95, where the deadly altercation with police unfolded.

Blanding said she had never seen her brother act like that before.

"I could not have on my worse day never, thought that I would have seen Marcus in that situation. No," she said.

It will be reviewed by the Commonwealth Attorney’s Office for a determination and finding. Officials are unsure exactly how long the review will take, but said it will likely be weeks, perhaps months.