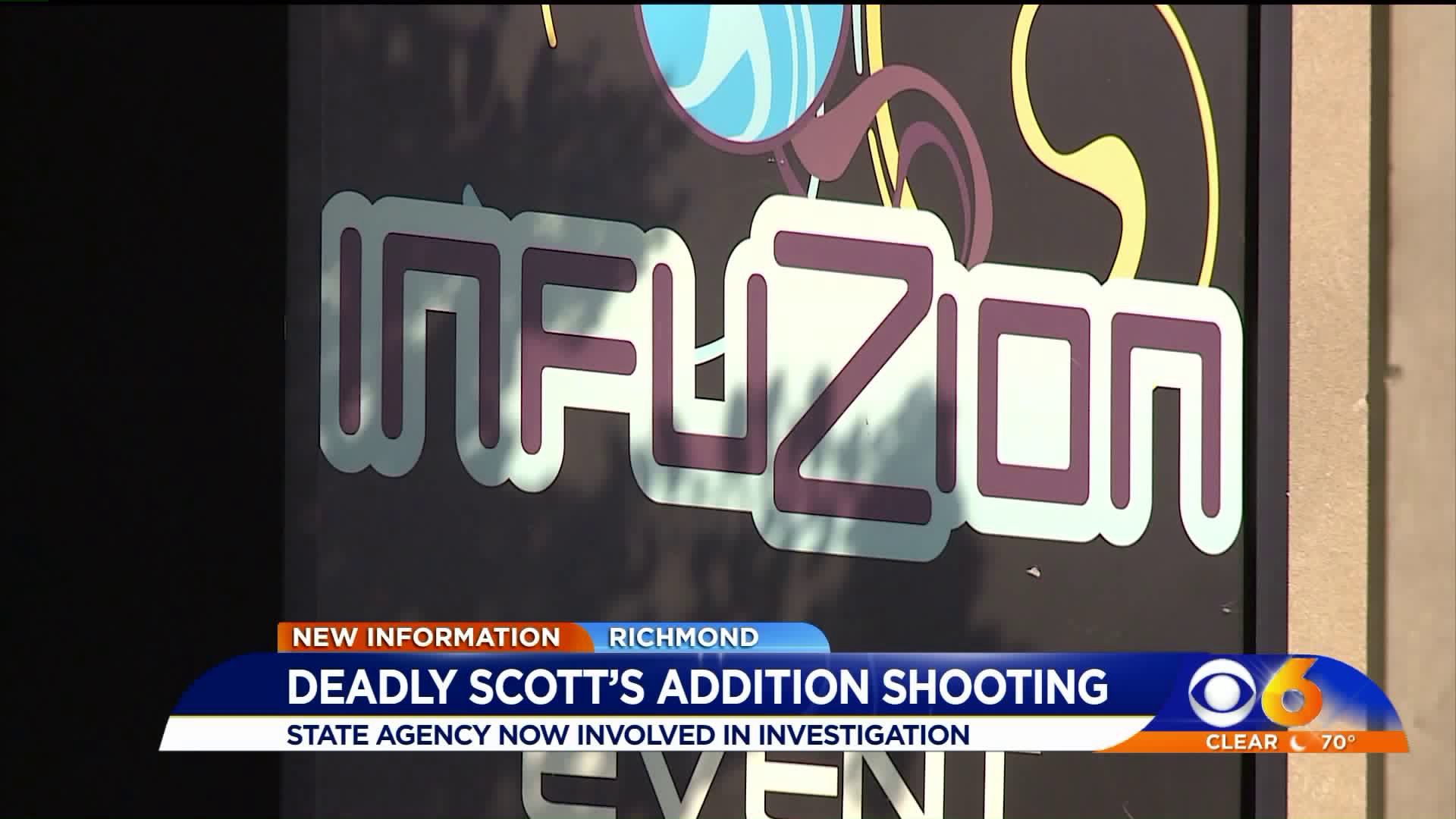 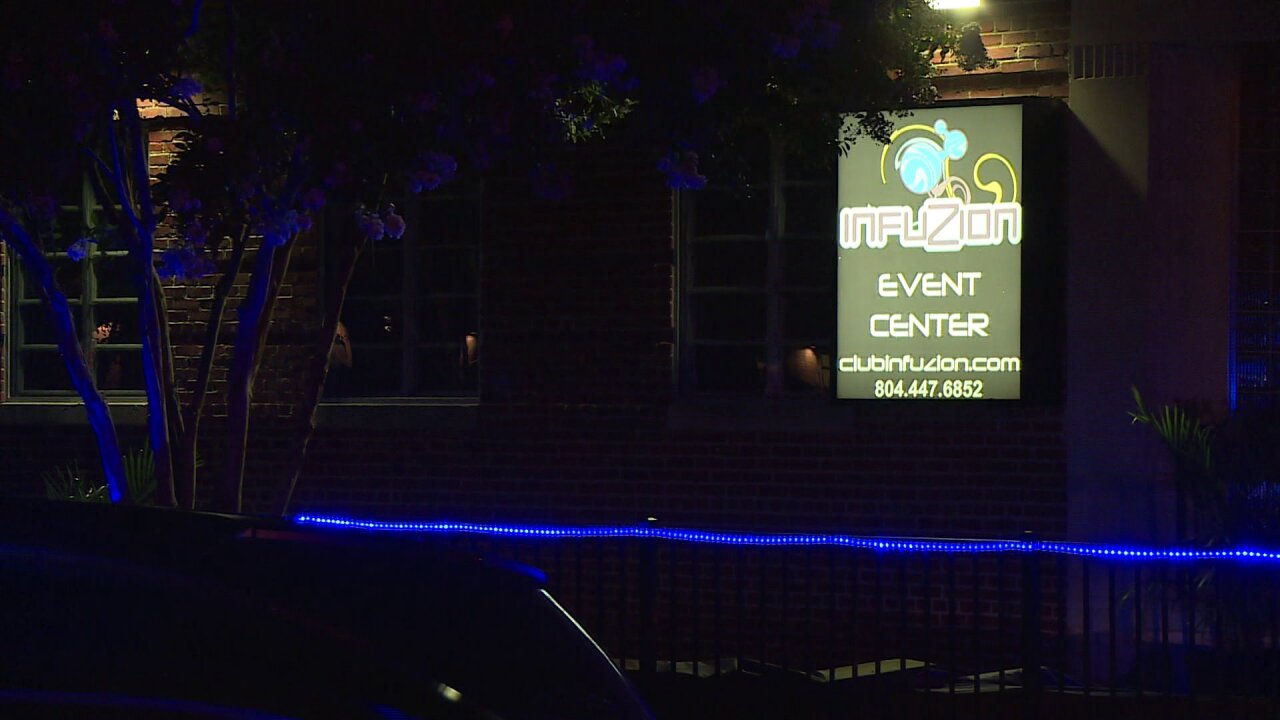 RICHMOND, Va. -- News spread quickly about a Friday morning fatal shooting in one of Richmond's most up-and-coming neighborhoods.

"Early in the morning I got messages about the shooting on the resident's Facebook page," Norfolk Street resident Bryan Diston said. "I was shocked because that never happens in Scott’s Addition."

One person was killed and three people were hurt in a shooting outside of a nightclub in the Scott's Addition neighborhood, according to police.

Officers responded to Club Infuzion, along the 1400 block of Roseneath Road, just after 2 a.m. Friday.

Neighbors recounted hearing a series of eight shots followed by about eight more.

Police quickly swarmed the corner of Roseneath Road and West Leigh Street as onlookers started fighting each other, according to scene video.

One man was pronounced dead on scene and was seen laying in the parking lot of Club Infuzion.

Two other men drove themselves to the hospital with non-life threatening gunshot wounds, according to investigators. Another shooting victim was found inside of a car parked nearby.

"This is usually a more quiet and fun place - that type of violence is pretty shocking to hear," Diston explained.

The Scott's Addition association's website described the area as the city's "fastest growing neighborhood, home of an eclectic mix of apartments, homes, restaurants, breweries, shops and more tucked away in the northwest corner of West Broad Street and North Boulevard."

In the past five years, the resident population of the area has grown from 700 people to more than 3,000. Projections show an additional 1,500 residents will move-in over the next five years.

Hours after detectives had wrapped up the crime tape along Roseneath Road families and friends converged on the neighborhood's popular breweries and restaurants nearby.

Some residents questioned the future of Club Infuzion, which shares space with InfuzionRVA, a restaurant, bar, and lounge, according to its website.

A Richmond BizSense article from November 2017 said that Infuzion’s lease in the building is good through July 1, 2019 and the club will relocate at the end of the lease.

A group led by Chesterfield-based Blackwood Development recently acquired and is planning to redevelop the building into a restaurant, brewery or office tenant.

Residents and business owners said throughout the day Friday an Alcohol Beverage Control agent walked door to door asking if they could tie any crime to the club.

That agent said by phone that he couldn't comment on the "ongoing investigation."

CBS 6 found a flyer shared through social media advertising several performers who were scheduled to entertain at Club Infuzion on Thursday night.

A man who answered the phone number listed on the flyer promptly hung up after we identified ourselves as media.

Multiple sources confirmed to CBS 6 that club management canceled off-duty Richmond Police officers who were supposed to work as security Thursday night because a performer canceled.

As of Friday night, calls and messages to club organizers and management were not returned.

However, at least one Scott's Addition resident felt that the club should stay in his neighborhood.

"I think it’s a cool addition to Scott’s Addition," Diston stated. "We are a real inclusive community so I think it definitely should stay."

Richmond Police had not released a suspect description nor announced any arrests.

The identities of the deceased and victims have not been released.