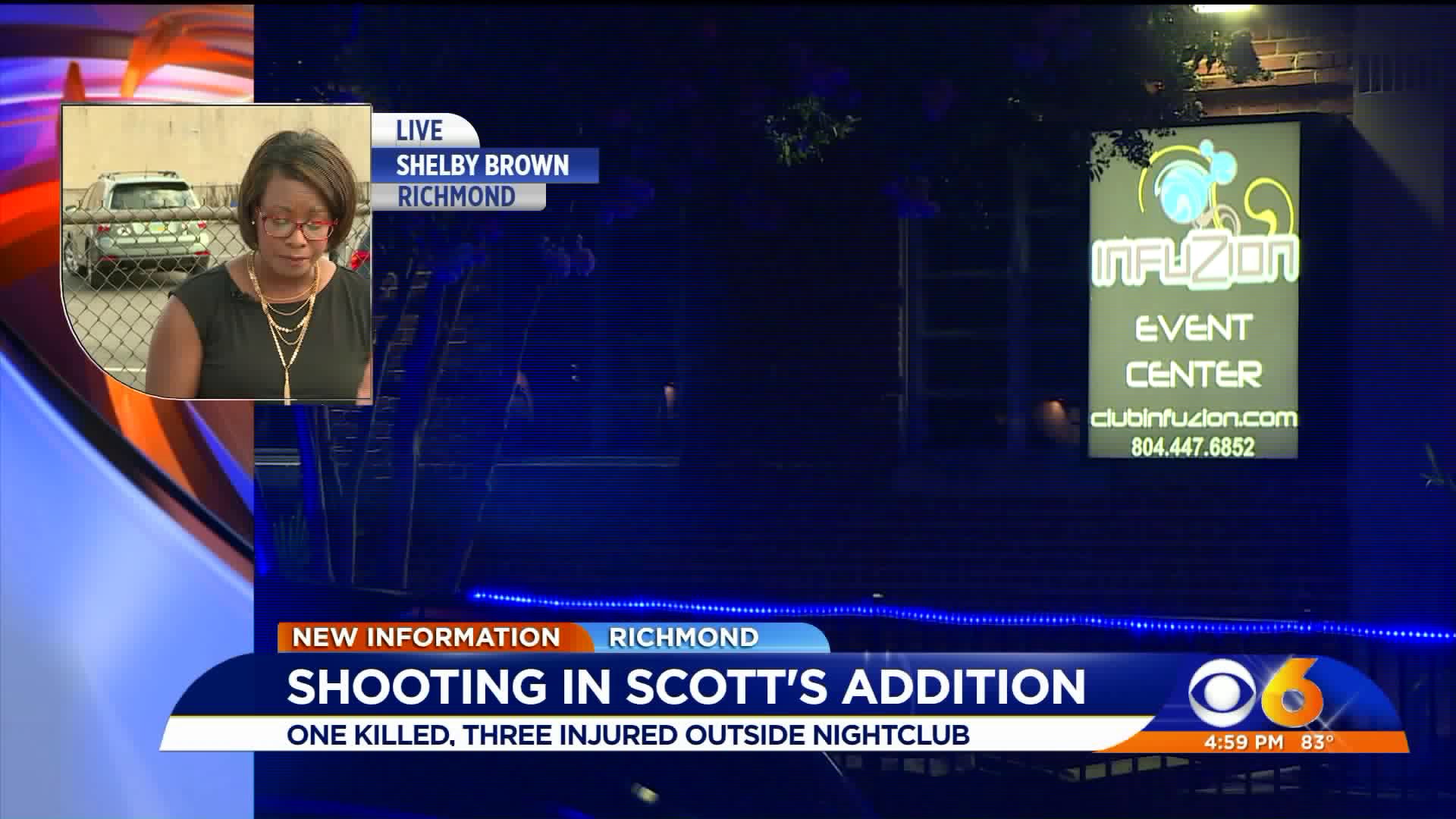 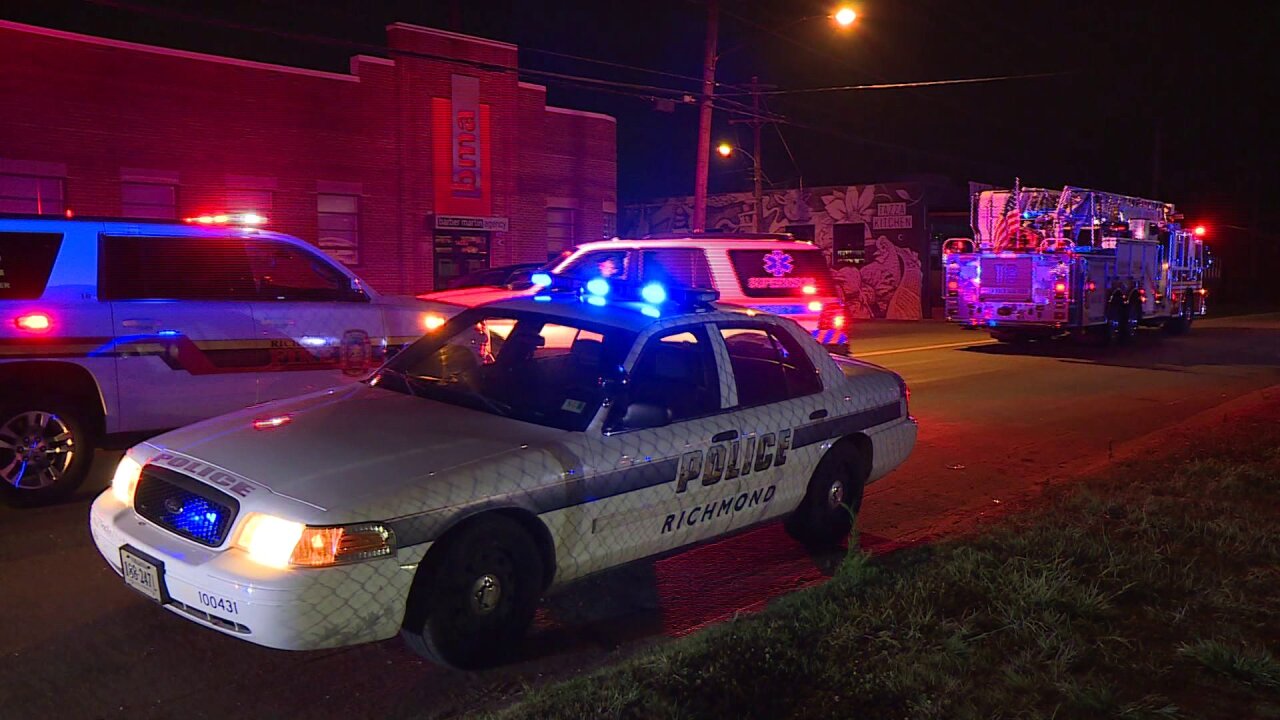 RICHMOND, Va - One person was killed and three people were hurt in a shooting outside a nightclub in Richmond's Scott's Addition neighborhood, according to Richmond Police.

Officers responded to Club Infuzion, along the 1400 block of Roseneath Road, just after 2 a.m.

When a CBS 6 Photojournalist arrived minutes later, he saw a body in a nearby parking lot.

Multiple gunshots could be heard from the CBS 6 studio, a few blocks away from the shooting scene.

One man was pronounced dead one scene, according to investigators. Two other men were taken to the hospital with non-life threatening gunshot wounds. Another shooting victim was found inside a car parked nearby.