Get to know new Virginia laws that take effect July 1 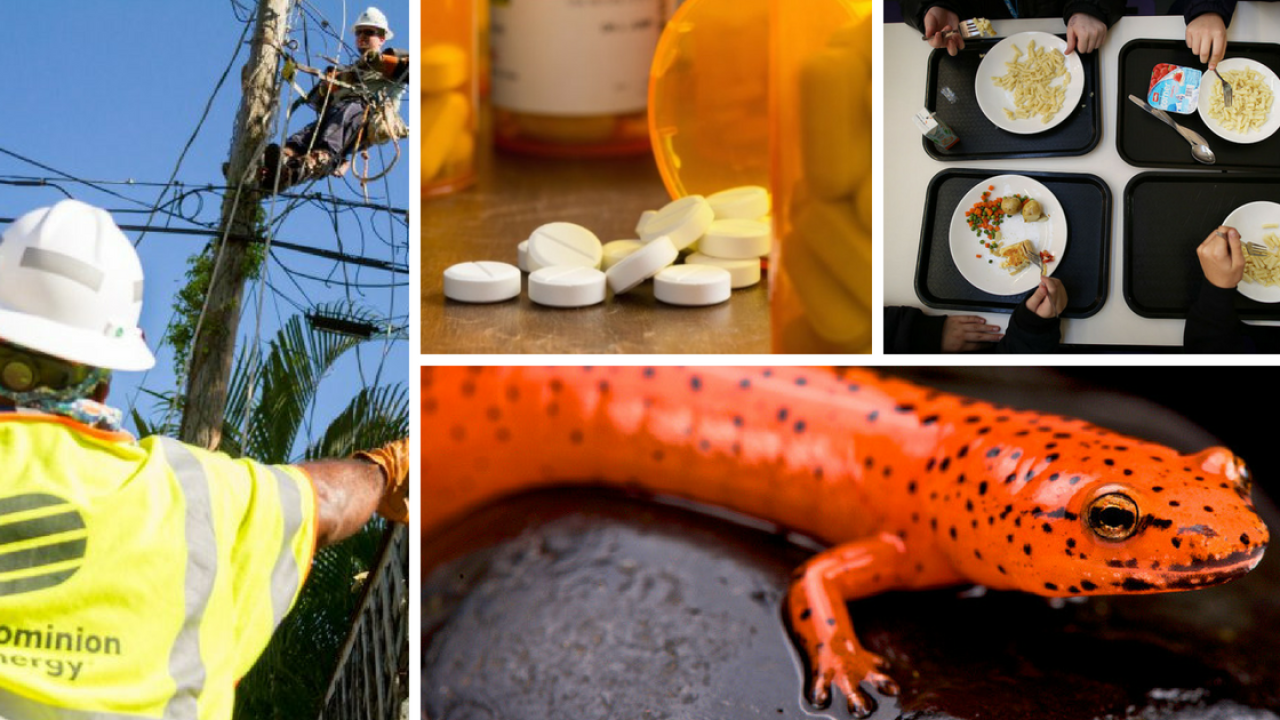 RICHMOND, Va. – Hundreds of new laws take effect July 1 and we have a roundup of some of the 800-plus bills signed into law by Governor Ralph Northam.  Very few controversial bills emerged from the Virginia legislative session this year, and there were several contributing factors to the relatively tame session.

Gov. Northam and House Speaker M. Kirkland Cox (R-Colonial Heights) maintained a good working relationship and brought bipartisanship to the General Assembly, though it was a slow start. Republicans only maintained control of the legislature by a one-vote majority, but significant Democratic gains in the House made the likelihood of highly controversial bills getting through almost null.

The General Assembly officially adjourned on March 10, 2018. A few months later Gov. Northam signed off on a two-year state budget that includes expansion of the state’s Medicaid program (in January 2019) to an estimated 300,000 low-income Virginians.  Virginia became the 33rd state and the District of Columbia to expand Medicaid coverage under the Affordable Care Act (ACA), after years of debate.

Bills passed in the 2018 session ranged from health, taxes and criminal justice to education and government transparency – and the designation of the red salamander as the official state salamander.

Read about all 870 bills passed, here.

Industrial hemp research programs (HB 532/SB 247): Authorizes the Commissioner of Agriculture and Consumer Services to undertake research through the establishment of a higher education and a state run industrial hemp program. The bill classifies all participants in any research program as either growers or processors and replaces the current licensing requirement, which requires a police background check, with a registration requirement.

Requires a manufacturer or contract testing facility to use an alternative test method when available, or, when there is no test method available that does not use animals, uses the fewest animals possible and reduces the level of suffering or stress, to the greatest extent possible, of an animal used for testing. Such provision does not apply to a manufacturer or contract testing facility using an animal test method for the purpose of medical research or related to the development of devices, drugs, or biomedical products, or to certain other products regulated by the U.S. Food and Drug Administration. The bill authorizes the Attorney General to bring a civil action to enforce such provision. Any person who violates such provision may be subject to a civil penalty of not more than $5,000 and any court costs and attorney fees.

Pups can watch you drink wine and take cute Instagram photos with you (HB 286): The law provides that dogs may be allowed within a designated area inside or on the premises of a licensed winery or farm winery, distillery, or brewery or farm brewery, except in any area used for the manufacture of food products.

Hundreds of new Virginia laws will go into effect July 14. Some of those new laws are alcohol related. The Virginia Alcoholic Beverage Control (ABC) Authority has highlighted 14 ABC-related laws about to go into effect. Click here to read them.

Grand larceny; increases threshold amount (HB 1550/SB 105): Raises the threshold amount of stolen goods/money that would qualify for grand larceny, from $200 to $500. The current state threshold, which determines whether the crime is a felony, is one of the lowest in the United States.

Jury service; deferral of service if full-time student (HB 481): Allows a court to defer a person’s jury service to a later term of court if such person is enrolled as a full-time student and is attending classes at an accredited public or private institution of higher education.

Places of confinement for juveniles (HB 35/SB 52): Adds layer of oversight to the process that puts more violent juvenile offenders in adult detention faculties for the safety of other juveniles. It also will separate these juveniles from adult offenders when confined in adult facilities.

The law adds misdemeanor violations of assault and battery and trespass (with exceptions) to the list of offenses for which an adult convicted of such offense must have a sample of their blood, saliva, or tissue taken for DNA analysis. They were pushing to have more crimes added to the list, but could only convince lawmakers to add two. Here is what Hannah Graham’s parents said about the law.

Trespass; use of an unmanned aircraft system, penalty (HB 638/SB 526 ): Establishes use of drone to enter property to coerce, intimidate, or harass another person as a misdemeanor, if unmanned aircraft system operator had been given note to desist. Additionally, establishes as a Class 1 misdemeanor if operator is on the  Sex Offender and Crimes Against Minors Registry and follows/contacts a person without permission or captures images of a person without permission. Anyone with a protective order against them could be charged with a misdemeanor for using ga drone to follow, contact or take images of that person who filed the order.

Local school boards; school meal policies (HB 50/SB 84): Prohibits teachers and other school employees from “lunch shaming” students who can’t afford school meals, or who have school debt, by making them do chores or wear a wristband or hand stamp.

Electric utility regulation (SB 966):Allows monopoly utilities like Dominion Energy and Appalachian Power to use revenues that state regulators consider as excess profits to modernize the energy grid and promote clean energy. Previously, customers would have received a percentage refund for those “over-earnings.” The bill also removes a rate freeze made law in 2015, restoring some regulatory power to the State Corporation Committee.

Master barber (HB 1554/ SB 906): Creates the occupational title of master barber and requires the Board for Barbers and Cosmetology to issue a license to practice as a master barber, defined in the bill, to any individual licensed as a barber prior to December 8, 2017 and defines educational requirements.

Limits on prescription of controlled substances containing opioids (HB 1173/ SB 632): Eliminates the surgical or invasive procedure treatment exception to the requirement that a prescriber request certain information from the Prescription Monitoring Program (PMP) when initiating a new course of treatment that includes prescribing opioids for a human patient to last more than seven days.

Female genital mutilation; criminal penalty (SB 47): Increases from a Class 1 misdemeanor to a Class 2 felony the penalty for any person to knowingly circumcise, excise, or infibulate the labia majora, labia minora, or clitoris of a minor.

Virginia Freedom of Information Act:  HB 907 and 908 will allow greater transparency through public access to government meetings through the Freedom of Information Act. At the same time, Northam approved bills creating more FOIA exemptions: for records relating to public safety (HB 727), certain police records (HB 909) and select financial investment documents held by board members of the College of William and Mary (HB 1426).