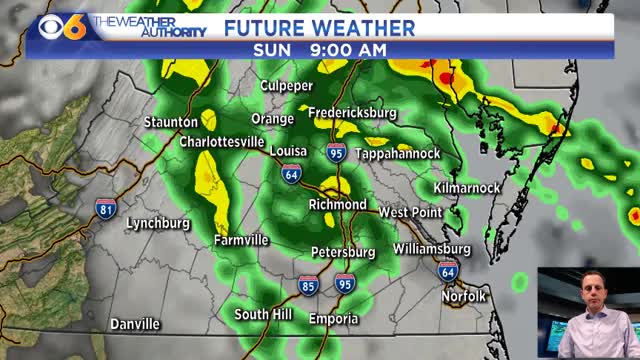 While there will be some breaks, showers and storms will still be around into this evening. 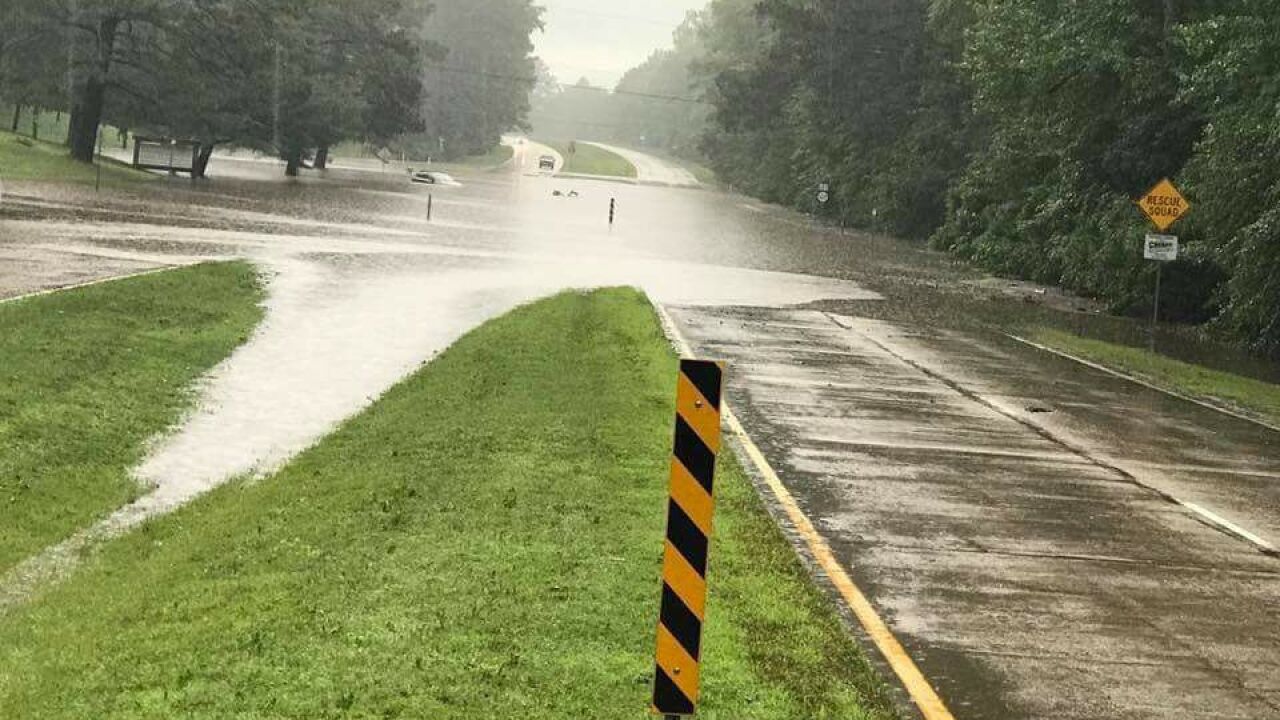 Rainfall totals, estimated by Doppler radar, exceeded 6" in some locations as of Sunday morning.

As a result, a number of roads were closed in Chesterfield, Goochland, Hanover, New Kent, Caroline, Charles City, Essex, King William, Lancaster, Middlesex and Prince George counties, according to the Virginia Department of Transportation.

US-301 Richmond Turnpike -- Tree Down

A father and son spring into action along Cox Road at Innsbrook in Henrico County as flooding left drivers stranded Saturday afternoon.

The stretch of road that was flooded is near Lake Innsbrook, one of the many bodies of water at the sprawling office park complex.

AFTER THE STORM: A look at Cox Road and Lake Innsbrook on Sunday afternoon.

In another video taken along Hungary Road in Henrico, a car could be seen  in a flooded section of the road blocked off by police.

"Please use extra caution if you have to travel," warned Meteorologist Mike Goldberg. "Never try to cross a road that is covered by water!" 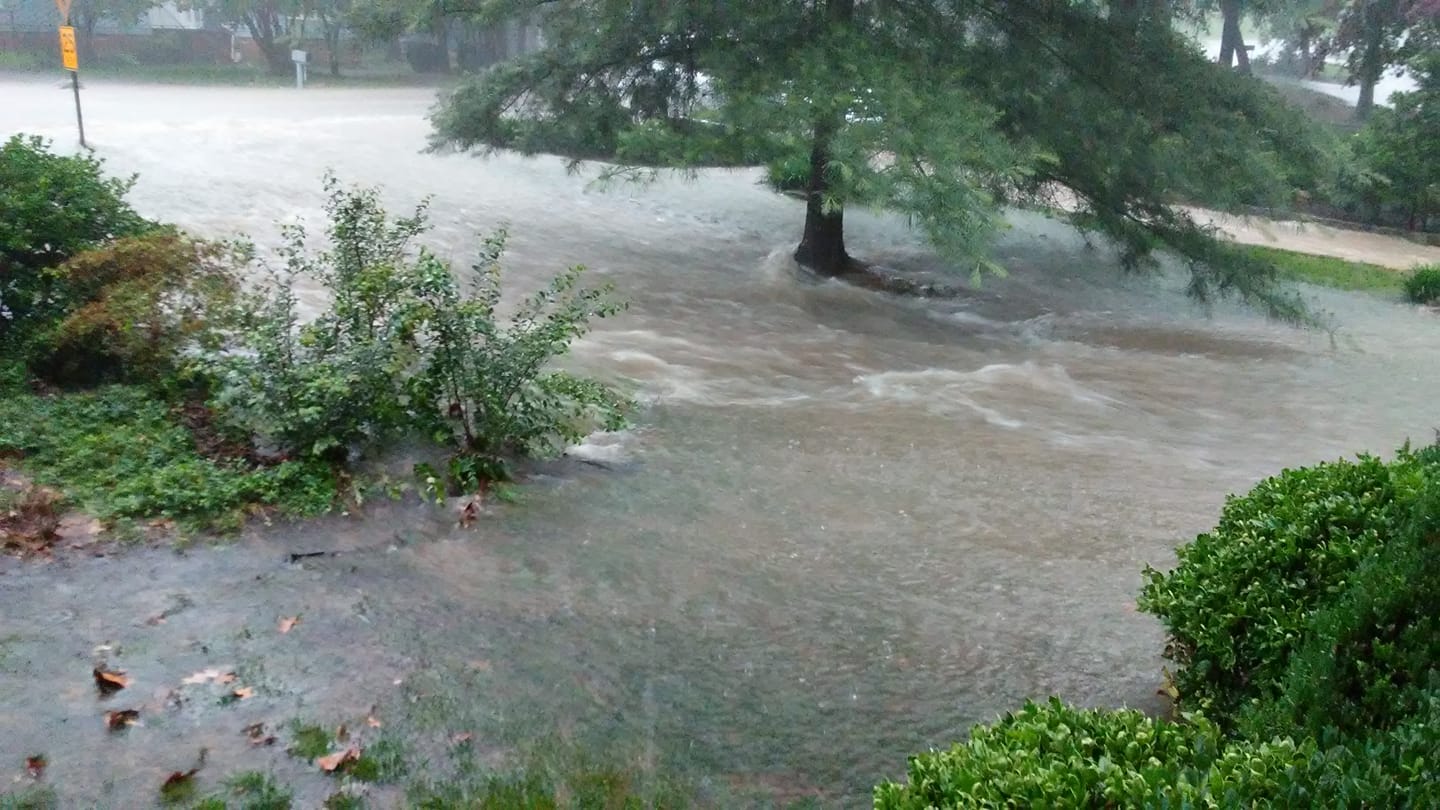