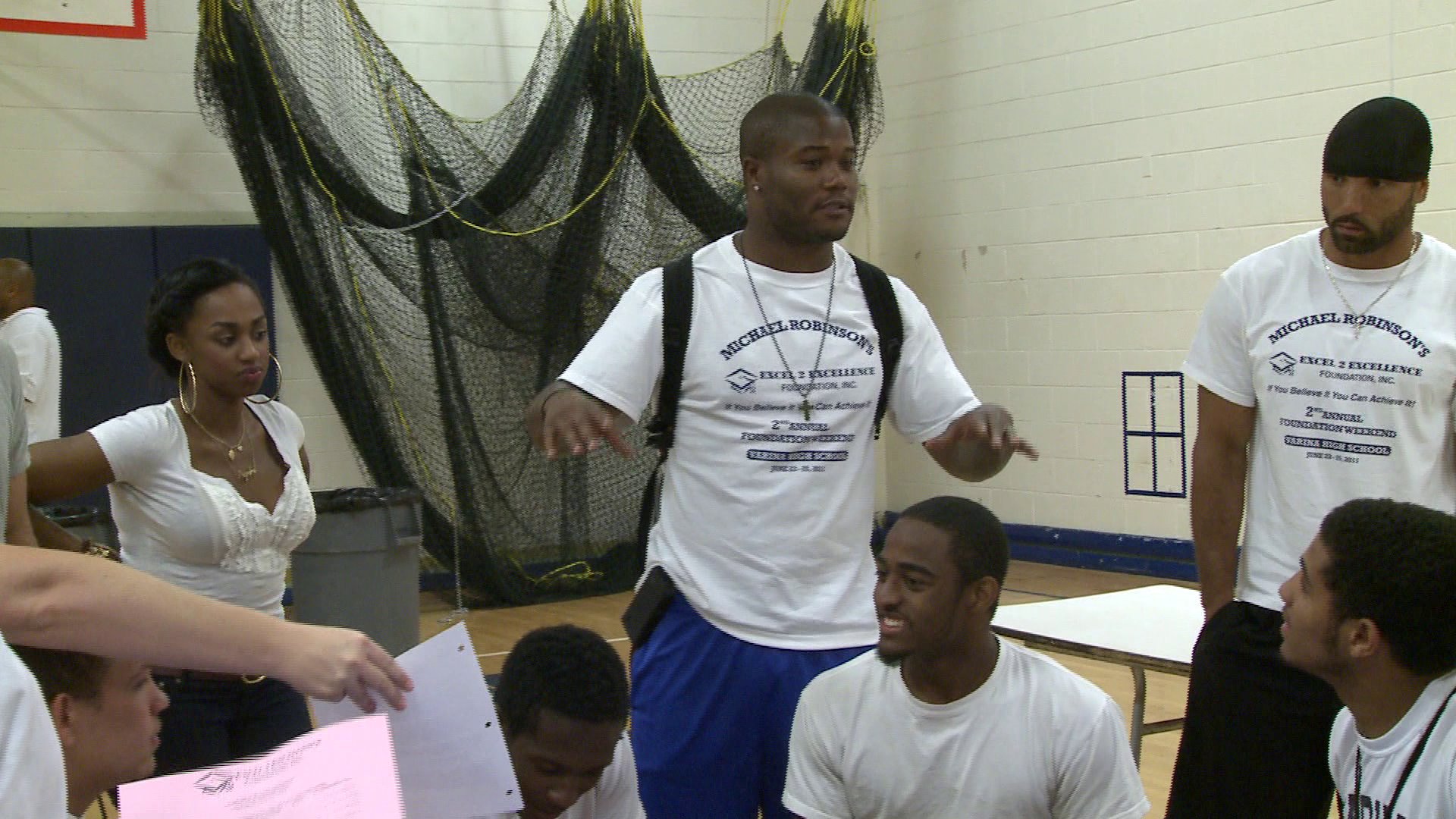 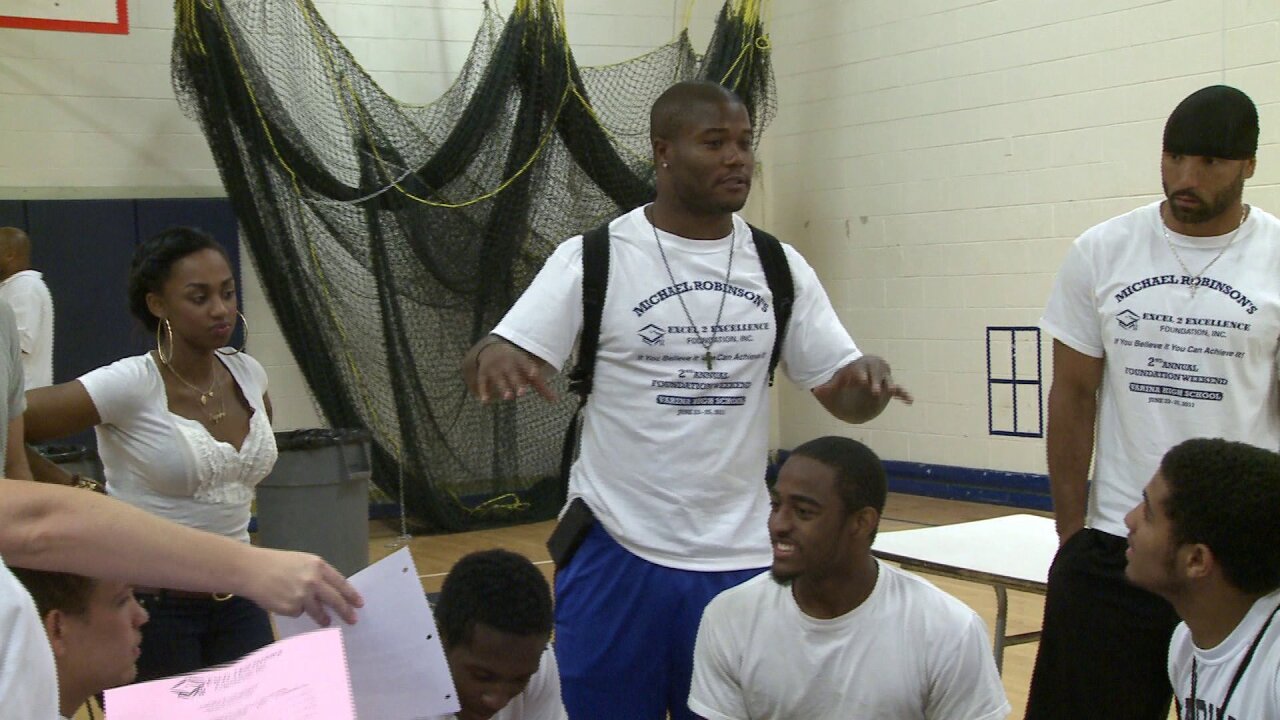 RICHMOND, Va. -- The first time Michael Robinson roamed the halls of Varina high school, he was a four year starter at quarterback for the Blue Devils...leading them to a 47-7 record and four straight regional titles.

These days, when he's back in the hallways of a Henrico County school, it's for a different reason.

Robinson has the clout of being an 8 year NFL veteran with a Super Bowl ring and regular appearances as an analyst on the NFL network. When he talks, kids usually listen.

When his playing career came to a close, Robinson did what many athletes have done before him. He started a personal foundation aimed at helping the next generation. But, where some athletes use foundations for a tax write off and hold maybe one football camp a year, Robinson wanted to do more.

"We started to put on a football camp," Robinson explained. "But I wanted something that would last with the kids longer than just a day"

Robinson created the Excel 2 Excellence foundation and started with 30 kids back in 2012. The number has now risen to 300 kids at multiple Henrico schools, with the aim of teaching them more than what they might learn in a classroom.

Some of the events center around nutrition and healthy diets. Robinson recently took part in a yoga class to show it's benefits. There are also lessons in etiquette and the importance of how one carries and presents themselves.

"So many deals are done and lost based off of those first impressions," Robinson said. "We just try to give kids a real world view of life."

"It definitely exceeded what I thought it was going to do for me," added Samone Pinchbeck, a senior at Varina who takes part in Team Excel. "It taught me leadership skills, time management, community service, networking, countless things that I'll take with me for the rest of my life."

"I've had a couple of students who have had to transfer schools for a number of reasons, and one of the first things they ask is can I still come to Team Excel?" said Rachel Klein, a social worker at Varina.

And his kids give him the motivation to continue being a positive influence and role model. They keep him accountable and in return, he offers his insight into how to handle the challenges of being a teenager, whether they be at home, in the classroom, or with some of the more personal aspects of life.

"Adversity is something that's part of life," Robinson said. "Sports teaches us this. You cannot go through life without having any adversity, any hard times. It's not about the fact that you're having the adversity, its about how you respond to the adversity."

"You have all the power."

Robinson now tries to pass along those lessons to today's teens. He could do this work anywhere, especially closer to his professional bases which are far from Central Virginia.

"I work in California" Robinson said with a laugh. "I work in New York. I have no earthly reason to be in Richmond right now."

But he remains here where it all began for him, to see if he can help it all begin for others.

"I'm here because the kids deserve it, they deserve certain opportunities and advantages and resources that I know I have the ability to bring."

Excel 2 Excellence will have their biggest weekend of the year, starting with Michael Robinson bobblehead night at the Flying Squirrels game on May 17th.

WTVR is giving away 2 pairs of VIP tickets! Click here to find out more about your chance to win.

And Robinson's annual football camp will take place on Saturday, May 19th. More information is here: