‘God brought her back to us,’ mom says after horrific I-64 crash 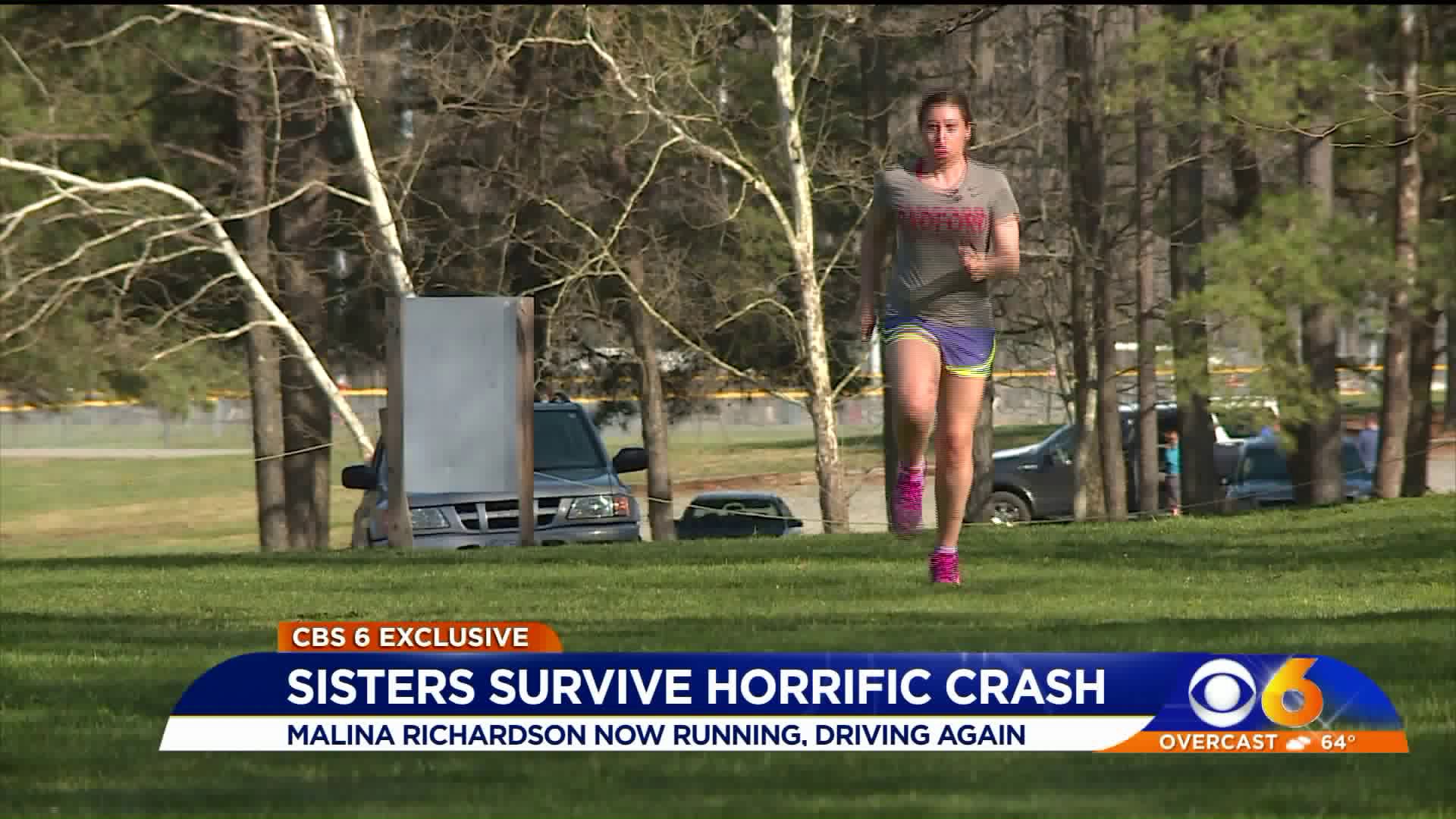 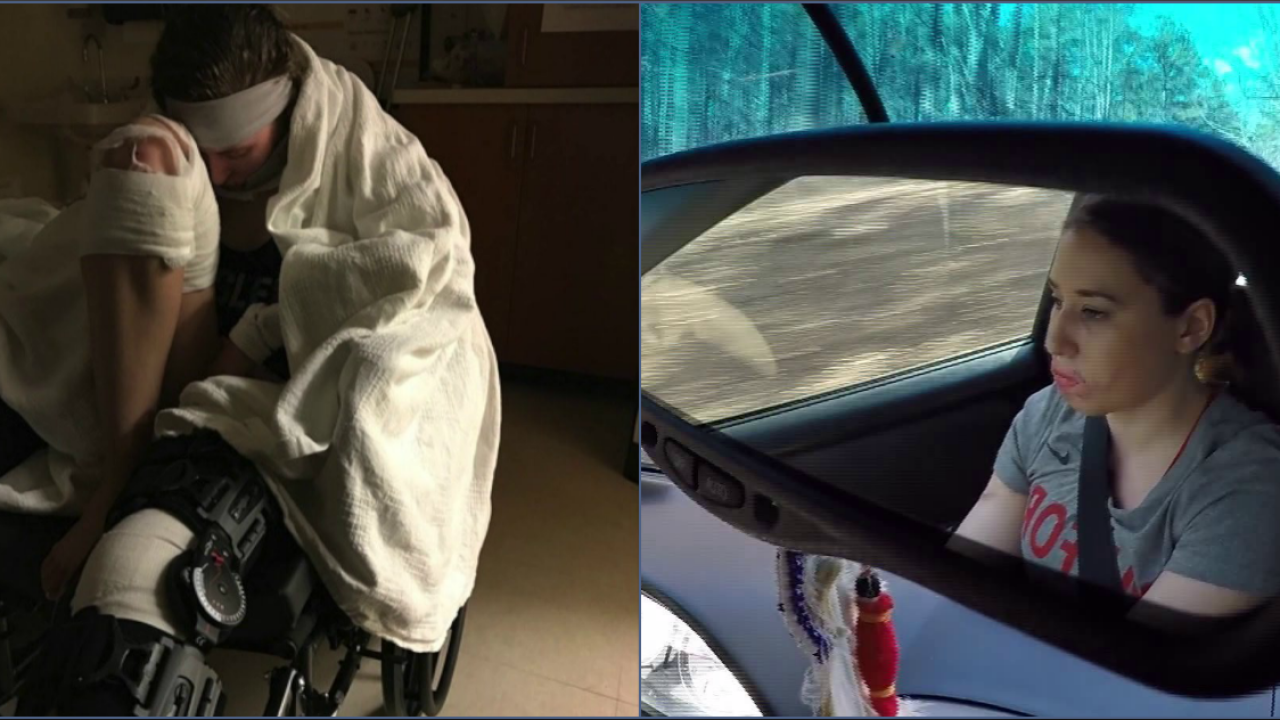 RICHMOND, Va. -- Every year VCU Health chooses one trauma case out of the more than 4,500 they see every year to highlight at their Shining Knight Gala. They look for a case where someone survived incredible odds, and this Saturday, VCU Health will honor the folks that saved Malina Richardson's life.

Driving and running are activities that come naturally to Malina Richardson. They're activities the track and field athlete did not even think twice about until her life changed dramatically in March of last year.

Malina and her younger sister, Maya, were on the road home from school at Radford University when they noticed a tractor-trailer swerving into their lane on I-64. They also happened to have their mom, Dona, on speakerphone as they approached the Oilville exit.

"I said, 'Well you guys try to slow down and get away from him,'" Dona remembered.

Then the unthinkable happened.

The Richardson's car after the accident.

"I heard Maya scream, and then I heard the car. [It] sounded like tinfoil and dead silence," Dona said.

The impact sent her car flying into the air, ejecting Malina before the car landed on top of her, leaking hot oil onto her face.

"Their phone never hung up. Their phone was still on, so I was yelling at the children, 'Wake up, you gotta fight, now is time to fight,'" Dona said. "I could hear gurgling, so I knew somebody was drowning, [but] I didn't know on what."

Malina's sister somehow managed to lift the car off of her.

Two nurses passing by on the highway stopped to help, as well as a man.

First responders rushed Malina to the VCU Medical Center where the trauma unit awaited her arrival.

"I was there when she came in," Dr. Michel Aboutanos, Chief of Trauma and Acute Care Surgery at Level 1 Trauma Center at VCU, said.

Aboutanos said he will never forget that day.

"With her it was a very dramatic facial burn that she had, along with the story that she had ongoing hot fuel or oil dripping down on her face," Aboutanos said.

Malina's vital signs initially got worse, and she could have lost her life.

"That's one thing I remember vividly was that this could go really bad and has the potential to do that," Aboutanos said.

But, the trauma team stabilized Malina and tended to her critical burns, multiple fractures and internal injuries.

"Everybody would come together at 7 a.m. right outside her room, everybody would assess her progress and what was going on," Dona said.

Remarkably, within a month, Malina left the hospital in a wheel chair.

"The first week I started physical therapy, I think that was in July, my goal was just to walk," Malina said.

She still had a long road of recovery ahead, but she has worked tirelessly over the past year to regain her mobility.

In fact, Malina can now run again and drive without having a panic attack.

Her family just celebrated what they call her second birthday, which is the day they knew Malina would survive and live a full life.

"I want to think about the day she was reborn, the day that God came down from Heaven to earth and brought her back to us and she is living," Dona said.

The Richardson family has set up a Go Fund Me account to raise money to go toward their daughter's medical care.