Man who shutdown I-95 wanted ‘suicide by cop’ 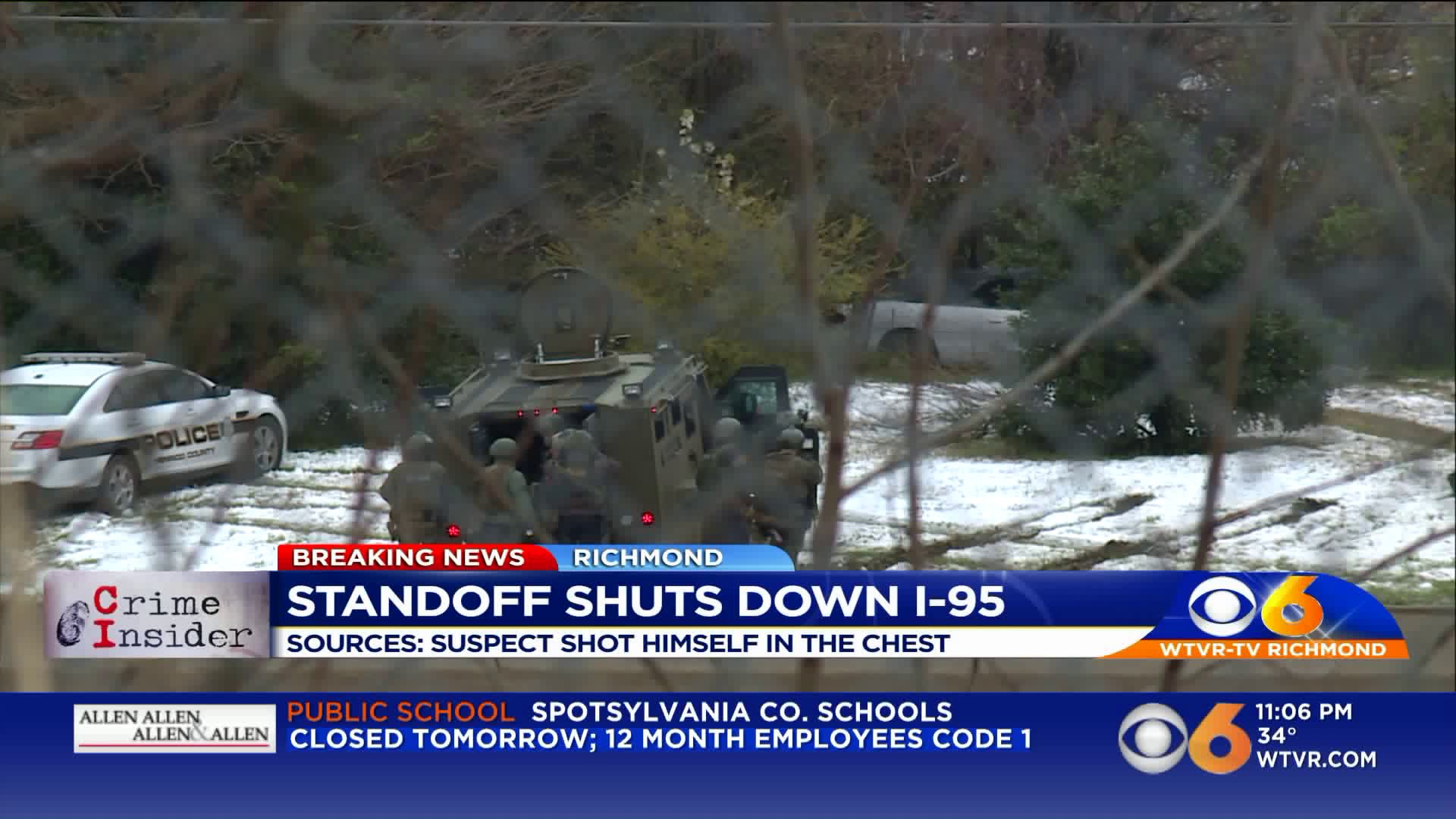 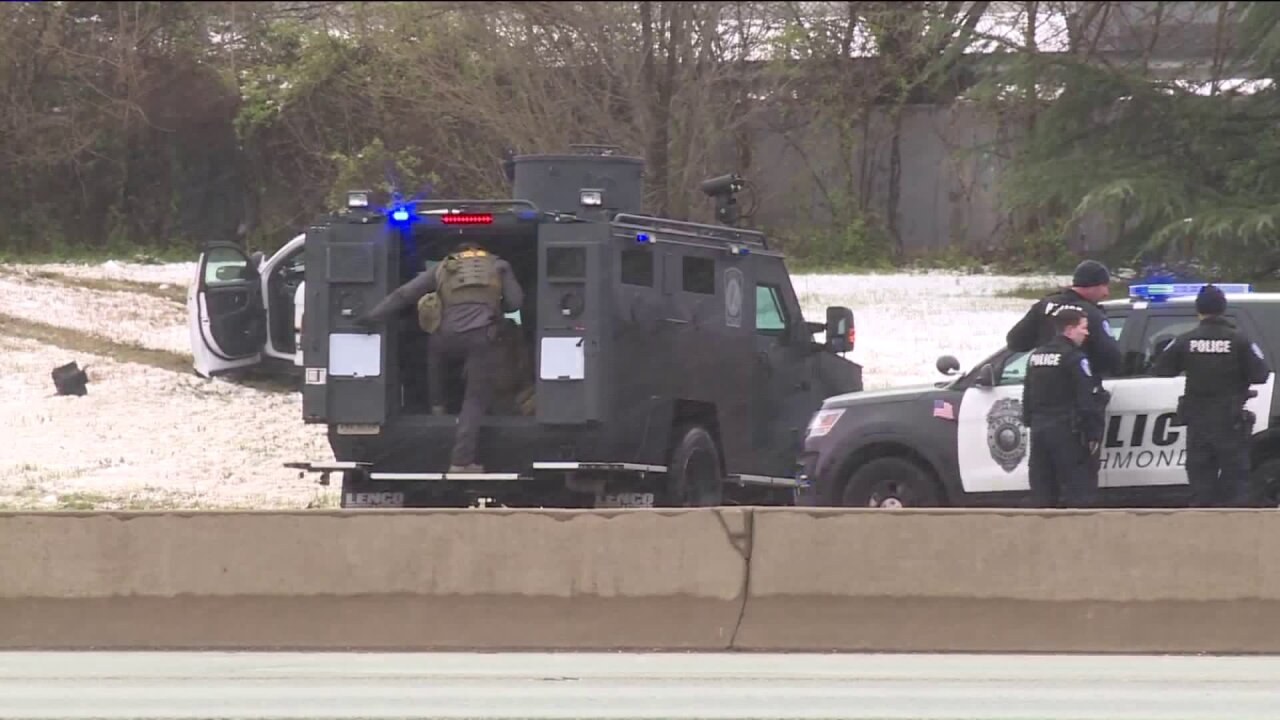 RICHMOND, Va. -- The suspect involved in a two-and-a-half-hour standoff with police on Interstate 95 in Richmond Wednesday is a Lakeside man in his 40's, Crime Insider sources confirmed. While CBS 6 has learned the man's identity, his name will be published after it is officially released by police.

The man has a lengthy and violent criminal history, however court records showed a Richmond jury acquitted him on his most recent charge of possessing a gun in Bryan Park.

Crime Insider sources added the man has a history of asking police to kill him.

Police had dealt with him before, as a transmission across emergency communications suggested:

"All units be advised in February this same subject threatened suicide by cop. He called the city and they sent us (Richmond Police) to check on him."

"Originally detained for possession of marijuana, he rolled his window up and wouldn't let us deal with him," said another emergency transmission to police in the field.

The suspect then drove off from Aberdeen Road near Parham, according to Crime Insider sources, where he would trigger a major transportation shutdown on the busiest interstate on the East Coast.

The vehicle traveled I-95 south towards Richmond, before ultimately crashing.

The man with suicidal tendencies held a gun to his head after wrecking his sedan in a wooded patch not far from the Belvidere exit.

SWAT trucks rolled in just after 3:30 pm, as police shut down Interstate 95 both north and southbound, from the Boulevard to Belvidere.

“After hours of negotiating with the male to peacefully resolve the incident, officers approached the vehicle and found the male suffering from self-inflicted wounds,” Henrico Police spokesman Lt. Chris Garrett said.

Crime Insider sources told Jon Burkett after the intense highway standoff, the suspect shot himself in the chest.

He was rushed to VCU Medical Center, where he is in critical condition.

A woman who was stuck in traffic for hours told Burkett off camera, the situation was scary for everyone on I-95.

"There were kids next to me in a car crying, sobbing,” she said. “Like they were scared he was going to come get them."

"As a mother and grandmother, this was truly horrific and very scary,” said the woman stuck in traffic who didn’t want to give her name. “Folks need to think about what they do before they do it."

Crime Insider sources tell me federal agents have had dealings with the suspect before as well.

Police say no charges have been filed at this time.