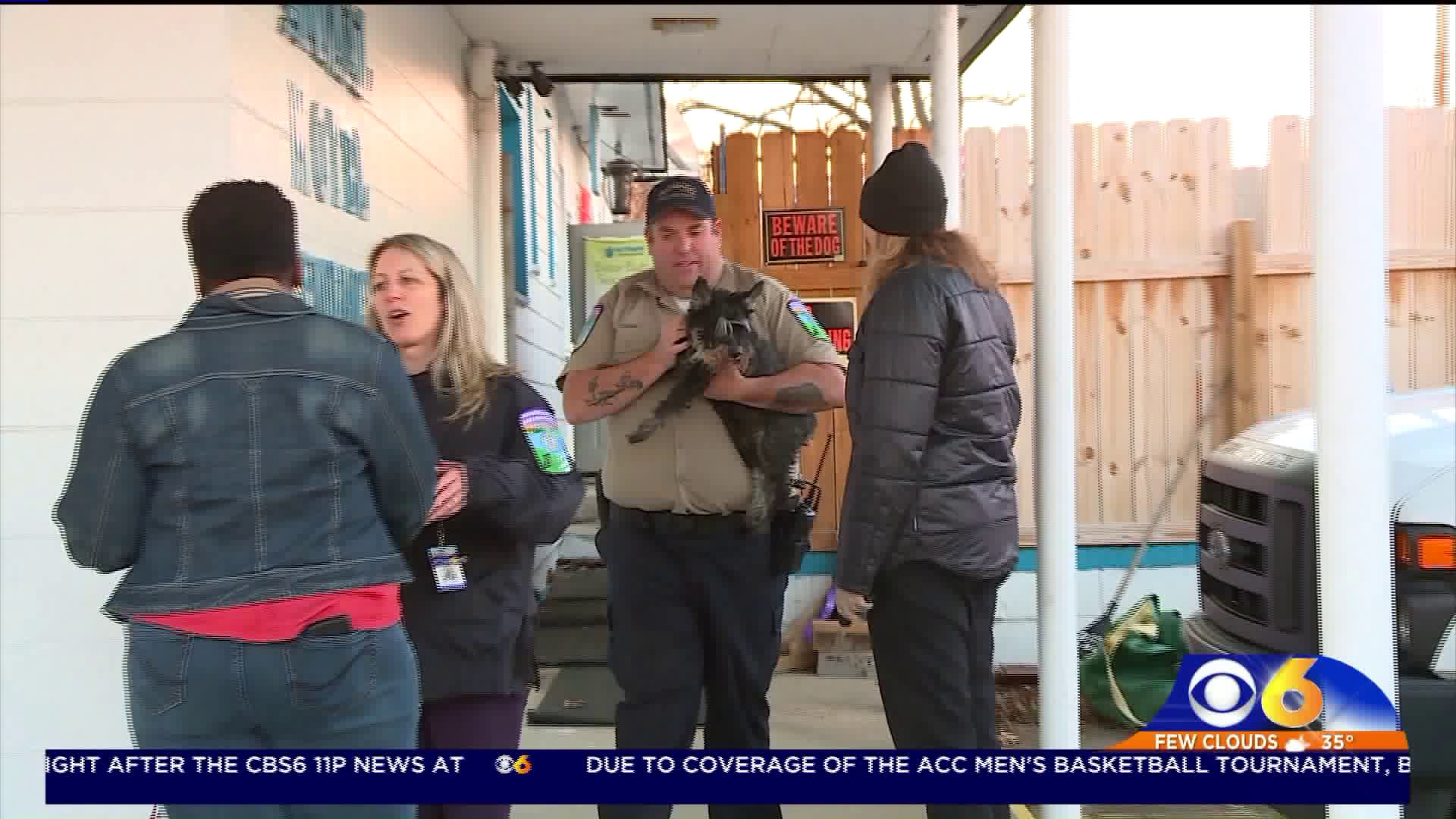 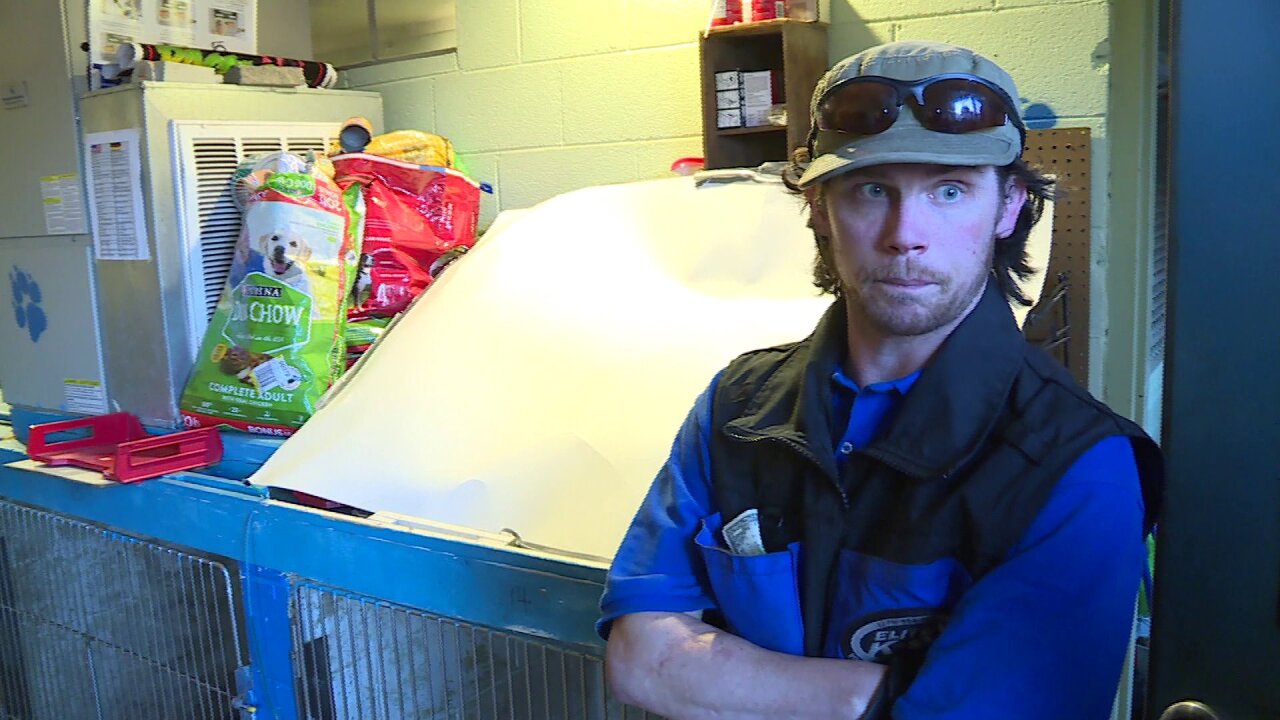 "I feel so guilty," Pryor said.

He never expected to be there having paid $235 per week for Sniper to be trained and boarded at a nearby boarding facility called the Animal Motel on Lombardy Street.

"He's been living here for the last 40 days," Pryor said from outside the Animal Motel.

On Friday, Pryor learned through social media that RACC seized four dogs at the Animal Motel on Thursday night for alleged cruelty and neglect.

"The four that we seized had not received proper vet care in a very long time," said RACC Director Christie Chipps-Peters.

On Friday, they returned with a search warrant and ended up seizing the rest of the animals at the boarding and grooming business.

The city declared the business unsafe and unfit after finding it had no electricity.

"There hasn't been electricity here in four months... no heat," Chipps-Peters added.

The owner, Joseph Meyers, showed up while Animal Control removed dogs and one cat from the business.

He has not been charged with anything yet, but Chipps-Peters said animal cruelty and neglect charges would be coming.

"This is a witch hunt based on a guy who I didn't refund him 800 bucks. He knew my generator was on its last legs," Meyers said.

He told us he had a generator and used kerosene heat for the animals and agreed to show us the space where the dogs live.

The place looked clean when we visited.

"So, you said you cleaned this, this morning since last night when they came?" CBS 6 investigative reporter Melissa Hipolit asked.

"Since this morning," Meyers responded.

But a terrible odor permeated the air, so we asked Meyers about it.

"You ever hear of a Belgian Malinois or a German Sheppard? asked Meyers. “Go to a canine facility, it's going to smell the same way, it's a dog mixed with ferret smell, it's a musk smell."

He said the original four dogs seized by RACC were left on his doorstep, and he was doing the best he could to care for them.

"So, you're saying you were doing this from the goodness of your heart?" Hipolit asked.

"Yeah, and I ended up getting bent over for it," Meyers responded.

But Pryor is not convinced by Meyers.

"I gotta start growing my instinct. They did look like odd people, man," Pryor said.

And, now that he has his precious Sniper back, he plans to make sure he gets the proper training and love he needs.

"Say hey to the cameraman, I'm sorry I let you go that long, you forgive me?" Pryor asked Sniper.

Meyers was charged with failure to provide vet care last year, according to court records.

If you have an animal at the Animal Motel, it's being taken care of by RACC, and you can pick it up there.

You can call Richmond Animal Care and Control at 646-5573 (business hours) or 646-5100 (after hours). The will be no charge for pet owners, according to Chipps-Peters.