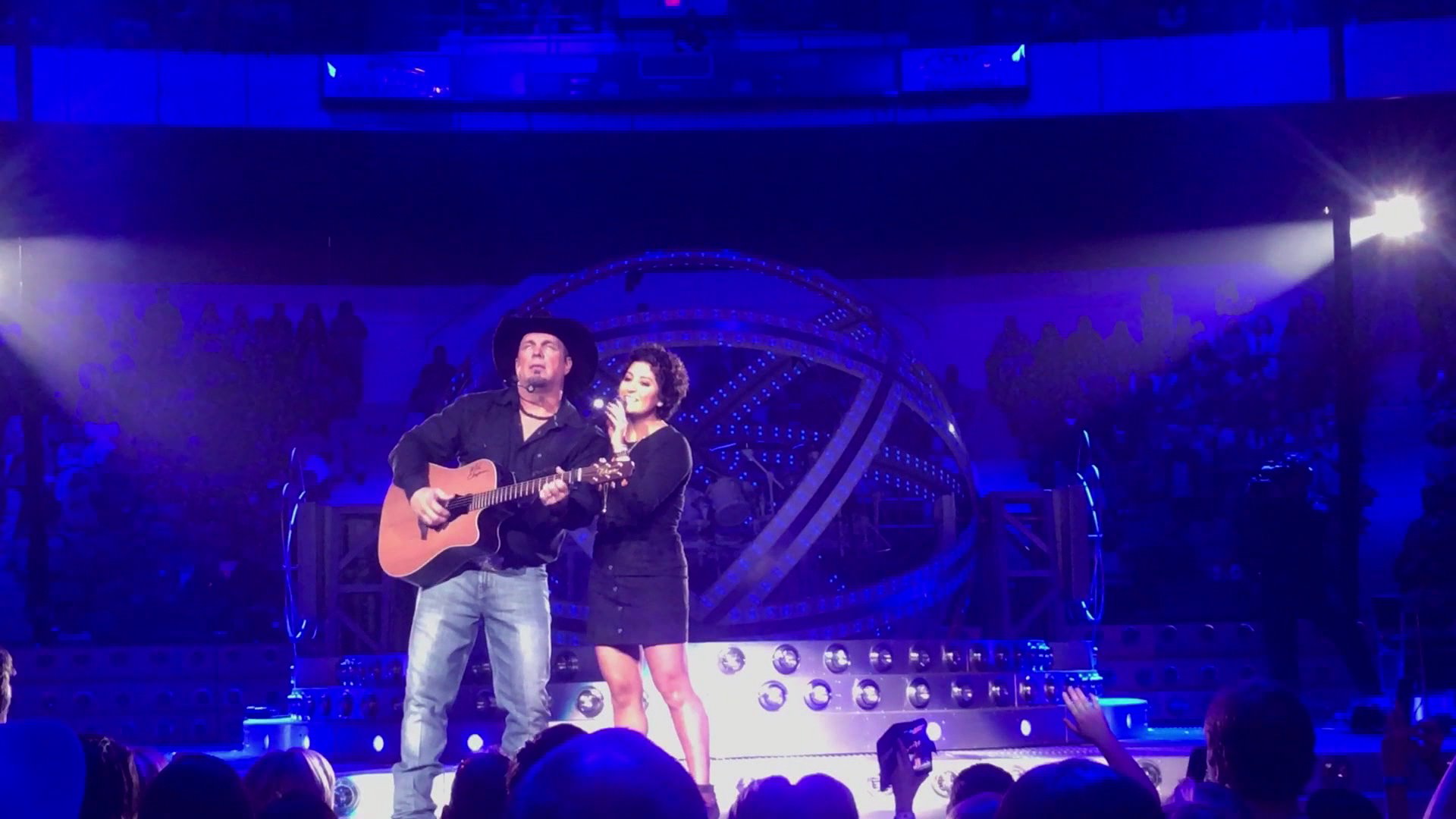 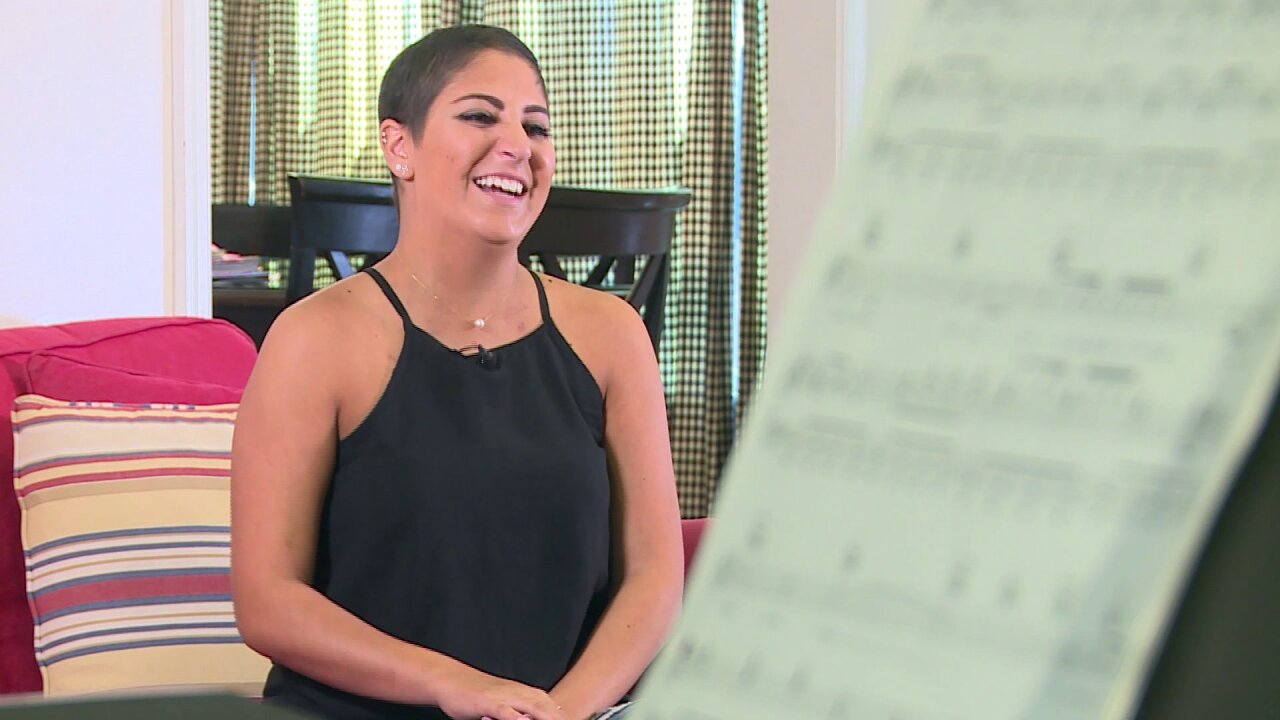 CHESTERFIELD COUNTY, Va. -- The Midlothian High School graduate who got her big break on stage with Garth Brooks last year, has beat cancer for the second time.

Three months after singer Danielle El-Jor performed with the country super star at the Richmond Coliseum, she found out her cancer had returned.

Since then, the 21-year-old has undergone four rounds of chemotherapy and a stem cell transplant for stage three Hodgkin’s Lymphoma.

“The past what six months have definitely been a lot harder than the first time I had cancer because I was enclosed either in a hospital bed or couldn’t really see anybody because I was either neutropenic or way too sick,” said El-Jor.

About 100 days after transplant, El-Jor got the news she was waiting to hear.

El-Jor said Garth Brooks has checked in on her every step of the way.

“Garth Brooks definitely has been one of the most amazing people I have ever met in my life, and I don’t just say that because he is Garth Brooks,” said El-Jor. “Person aside from the fame, he has checked on me constantly and made sure all my checkups are going okay. I couldn’t ask for anything more.”

“The fact that he is taking time out of his tour, his life, his family to send a text to little old me who he has met one time, to say hey how is she doing? It’s just amazing, and I am so blessed to have met him. I hope Garth Brooks and Trisha Yearwood are in my life forever and I really think that they will be.”

Danielle El-Jor and family, with Garth Brooks and Trisha Yearwood

“I have this one new song, it’s called “With You.” It really channels my faith. It’s about how God put his hand on me and cured me basically and he was there when I was in so much pain and when I wasn’t in pain and he’s just always there,” said El-Jor.

Scared and alone don’t know what to do

Everyone’s waiting for you to break through

But you got to stay strong and trust in the Lord

He’ll find a way to keep you safe and warm

Cause he walked on water he can show you the way

Just close your eyes you can see his face

And when the night’s darker as if you are blind

He’ll be your eyes.

Unanswered prayers and faith so strong

Leaves you with doubt when all’s going wrong

For you want to believe that he’s still there

On your knees you bow to pray

And thank the Lord for another day

Open your heart and you will find

He is your guide

For with you I’m not alone

I am strong and I know

El-Jor said her faith and her music got her through the last six months.

El-Jor has been cleared to be out in the public and practice again with her band.

El-Jor’s singing career has taken a back seat to cancer.

The 2014 day El-Jor was supposed to travel to New York City and audition for singing show “The Voice”, she spent that day at home - undergoing a biopsy.

It was then that she was diagnosed with stage three Hodgkin's Lymphoma the first time, and Chemotherapy started on her 19th birthday.

Her cancer treatment became so grueling, El-Jor would have to postpone her college education at Longwood University.

“I’m seeing all my friends in their cap and gown they’re getting ready to walk in May to graduate school I just felt so discouraged in myself like I wasn’t doing anything,” said El Jor. “I should be there, and I should be graduating and getting a job next year but my parents remind me constantly I had a job of my own,” she said.  “My mom always says, we’ll put your degree of beating cancer on the refrigerator if we need to.”

“This is definitely not what I pictured, if you had asked me 4 years ago where I would be in 5 years I would not say right here, I would say I’d be a teacher in a classroom,” said El-Jor.

El-Jor had planned to go to Nashville after her performance with Brooks to share her new CD. Those plans were indefinitely postponed when she learned her cancer had returned. She wants to make it to Nashville when she is healthy enough.

“My plan now is I really want to pursue music, but just like everyone else I have to start somewhere and mine sort of ended because I was away from the music for so long so I am trying to pick it back up again,” said El-Jor.

El-Jor will be performing October 22, at 3 p.m. at the Poquoson Seafood Festival.

​The show America's Got Talent has reached out to E-Jor showing interest in having her audition.

As to what the future holds, CBS 6 reporter Laura French asked her where she sees herself in five years.

“If I had to guess in 5 years, makes me 26, I am going to sell out Madison Square Garden,” she said with a smile.

In the meantime, El-Jor hopes to be an inspiration to cancer patients through music and show them there is light at the end of the tunnel.

“Things absolutely happen for a reason and I didn’t know I would think the same the second time around,” said El-Jor. “I felt like that was my reason to be there to someday go and help little kids or anyone getting a transplant,” she added.  “Life definitely throws you curve balls, but I do believe everything happens for a reason.”