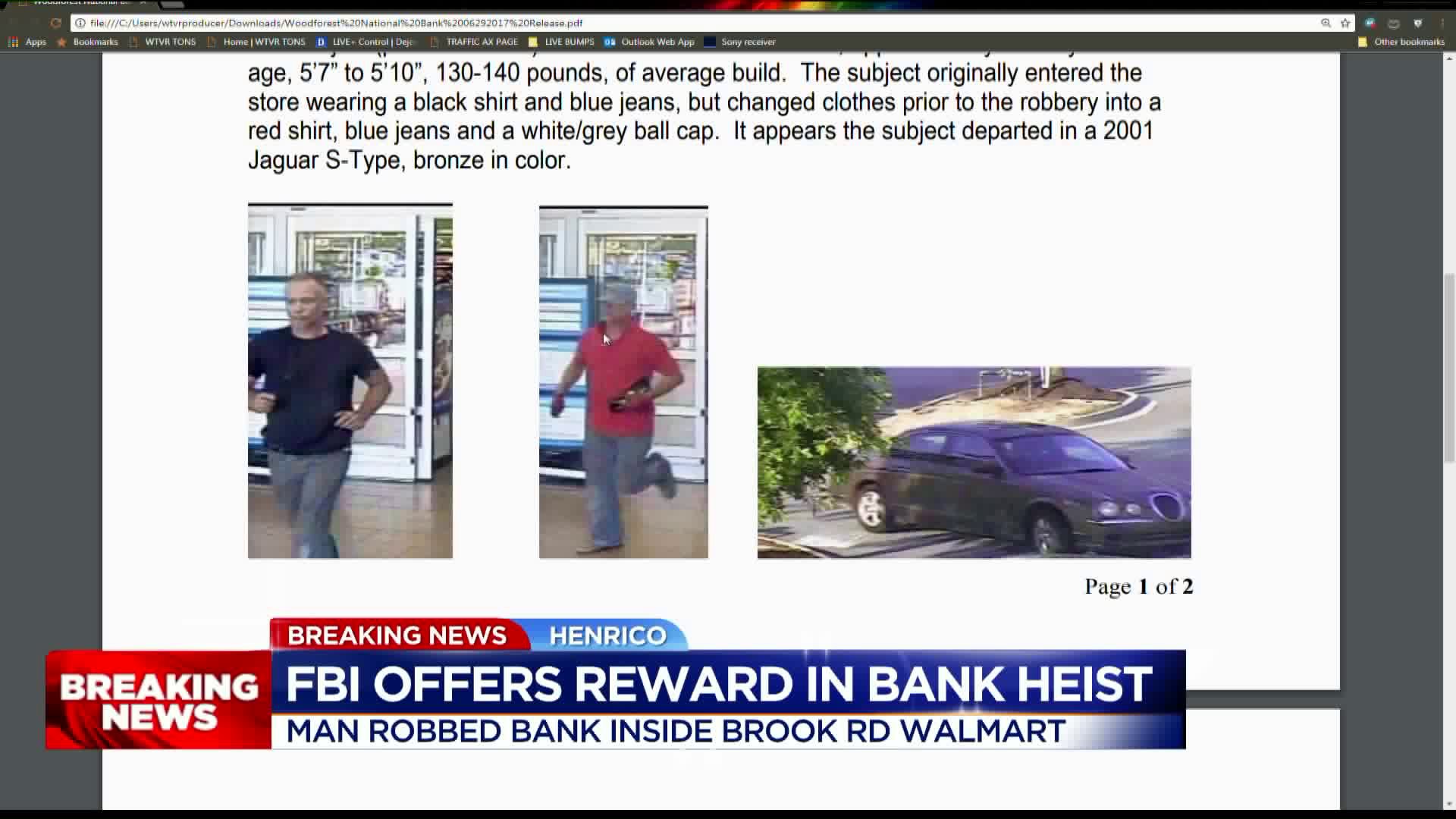 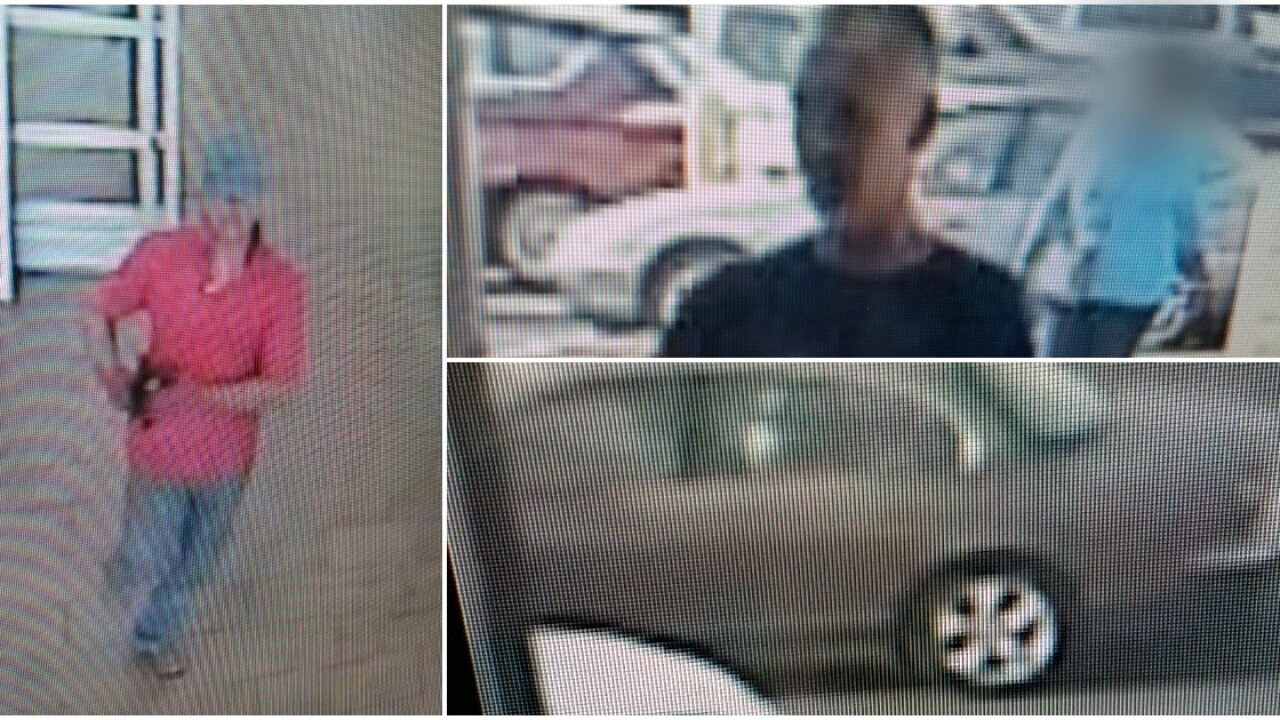 HENRICO COUNTY, Va. -- The FBI has offered a $5,000 reward for information that helps identify a man wanted for a Henrico robbery. The man, police said, robbed the Woodforest National Bank, inside the Walmart on Brook Road.

Before the robbery, the man walked through the store, exited, changed clothes, and returned with a weapon.

"The subject produced a knife and vaulted the teller counter, demanding money from the victim teller as he approached," a FBI spokesperson said about the June 29 crime. "The employee complied with the demands, and the subject fled the bank on foot to his vehicle and fled the parking lot."