How much snow will fall in Virginia? 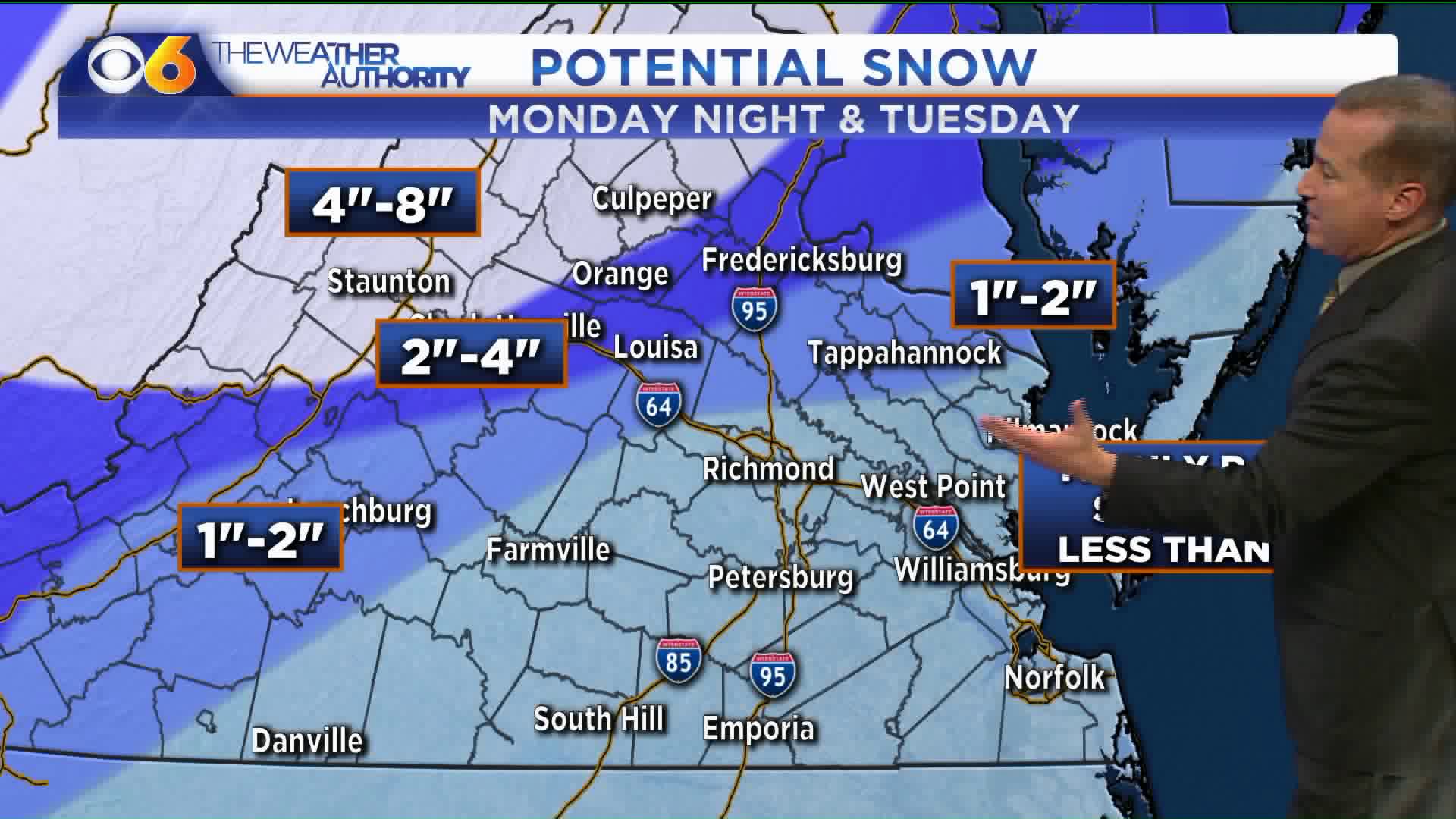 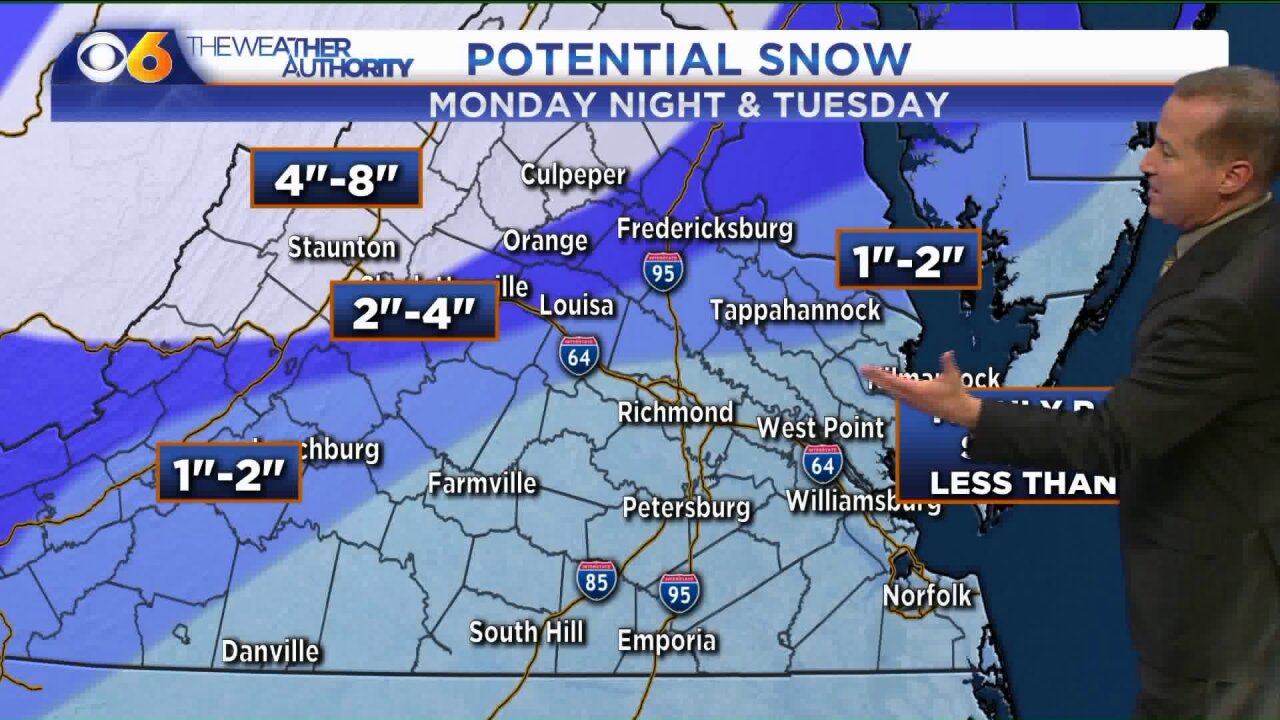 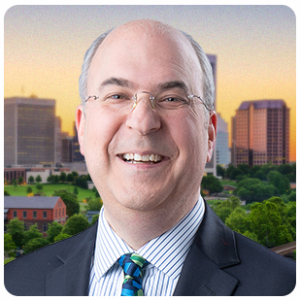 This will bring a mixture of precipitation types into the Richmond area with more rain east/southeast and more wintry mix/snow farther north/west.

The Metro Richmond area should see a mix of snow, sleet, and rain during the evening.

It will then change to all rain along and east of the I-95 corridor as a second low over the Ohio Valley combined with an onshore flow (water temperatures are averaging 45°-50°) help to usher in somewhat milder air.

The rain could be heavy at times late at night.

Well north and west (Louisa/Charlottesville and along the I-81 corridor), the colder air will hold tight and this region could see significant accumulating snow (and sleet).

As the coastal system takes control, the heaviest precipitation will taper during the morning, but snow showers will remain scattered over the area into Tuesday afternoon.

The Richmond metro area will see the bulk of the heavier precipitation in the form of rain, but some mix or snow will be possible both Monday evening and again Tuesday morning.

We expect little or no accumulation.

Far southeastern Virginia will stay primarily rain, but could see a few brief periods of a mix with no accumulation.

Areas north and northwest of Richmond (from Louisa to Fredericksburg) will probably see some rain, but will have a longer period of snow and a wintry mix. This area could see a few inches of accumulation (likely on the order of 2″-4″).

Northern and northwestern Virginia will see mainly snow and will have the heaviest snow totals of 4″-8″.

Winter storm watches and warnings are in effect there.

Precipitation will taper to scattered snow or rain showers Tuesday afternoon with highs in the low 40s.

The Northern Neck may see some accumulation Tuesday afternoon with the wrap-around bands of snow showers from the departing storm.

Wednesday will be a blustery and very cold winter day with a few passing flurries or snow showers possible.

Temperatures will have a hard time getting out of the 30s over the region, with wind chills in the 20s.

Wednesday night into Thursday morning will be very cold with lows in the teens and low 20s. We’ll likely be close to the record lows at RIC Airport, which are 18° on Thursday and 19° on Friday.

The chill will stick around through the end of the week, with high temperatures continuing below seasonal norms.

We’ll see a good amount of sunshine Thursday and Friday, with a few showers possible to begin next weekend.