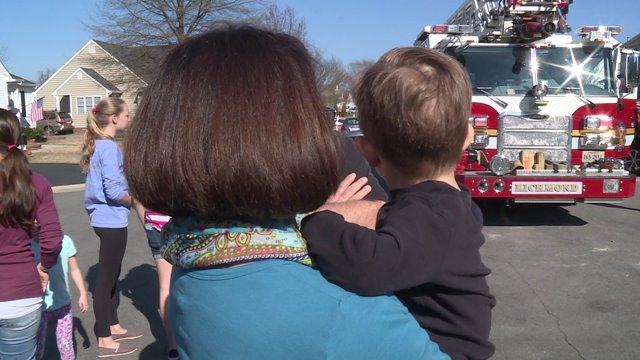 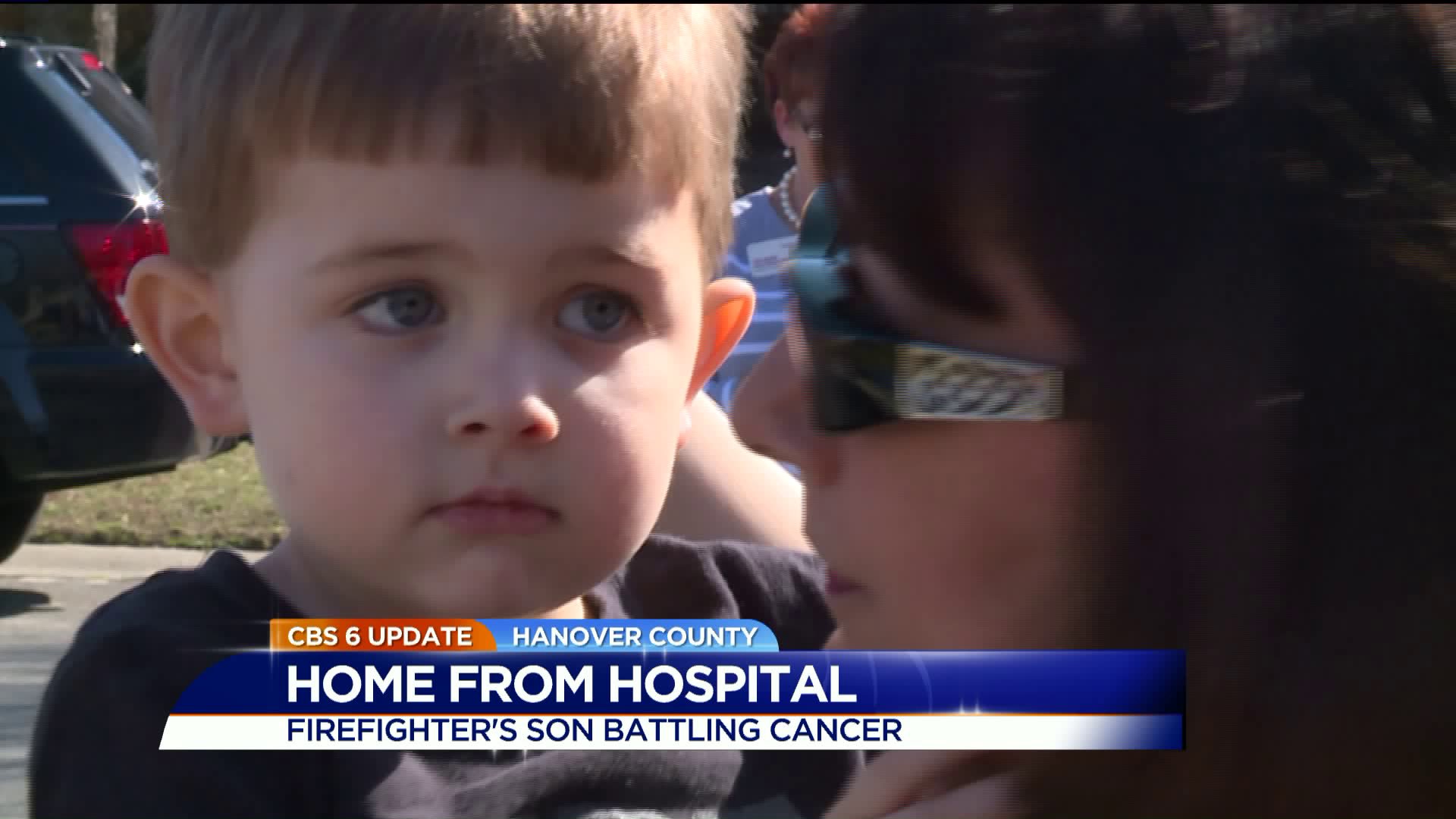 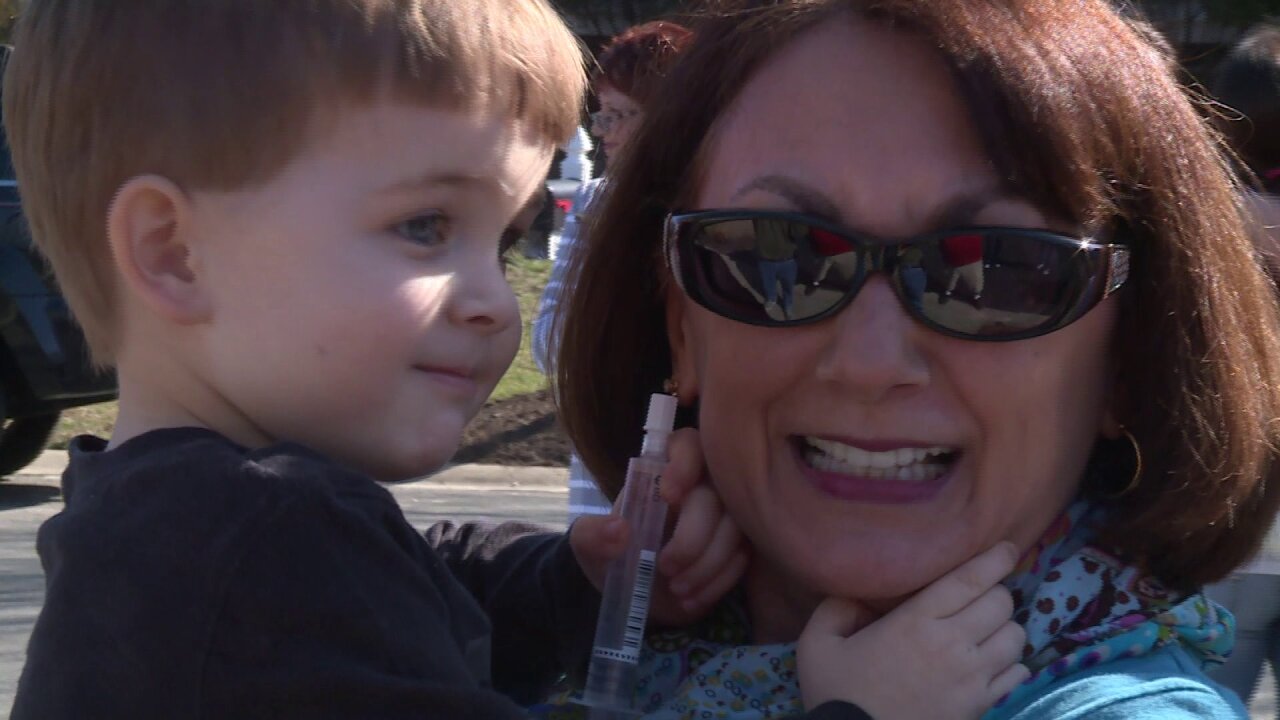 HANOVER, Va. – A Hanover three-year-old received an escort home from the hospital Monday.

Police cars with flashing lights and fire engines rolled down Mechanicsville Turnpike and into the Hanover subdivision of Caleb Lambert, where family and friends lined the streets.

Caleb was diagnosed with stage 3 Neuroblastoma last week when doctors found a large tumor in his abdomen after he kept complaining of stomach pains.

His mom Kimberly Lambert said already a prayer is being answered.

“It's been a huge blessing, answered a prayer that it was not in his bone marrow and not anywhere else in his body,” Lambert, a nurse, said.

Monday's escort home from the hospital was led by Richmond firefighters from his dad's station, along with comrades from Henrico and Hanover.

His five-alarm homecoming hoopla was an extension of the support the family has received from first responders across the country.

Richmond firefighter Betty Migliaccio started a campaign to help Caleb feel better as he starts his cancer treatments. She did not realize it would spread beyond central Virginia.

“All of a sudden people from all over the U.S. were sending in pictures of their apparatus and saying Hi to Caleb and they hope he gets better soon,” Migliaccio said.

"Caleb will have to endure a blood transfusion, biopsy, and a bone marrow test followed by five or six rounds of chemotherapy before any surgery can be performed," the GoFundMe page's organizer stated. "Caleb will have to travel back and forth to the hospital every 28 days for five days of treatment."

“You look at what's happened here today, look at the counties that contributed to get him home and make his day just a little brighter, that's all we're looking for, is just to make him forget for just a split second what he's going through,” Lambert said.