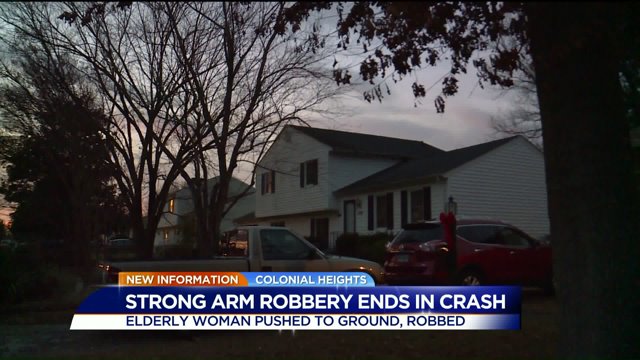 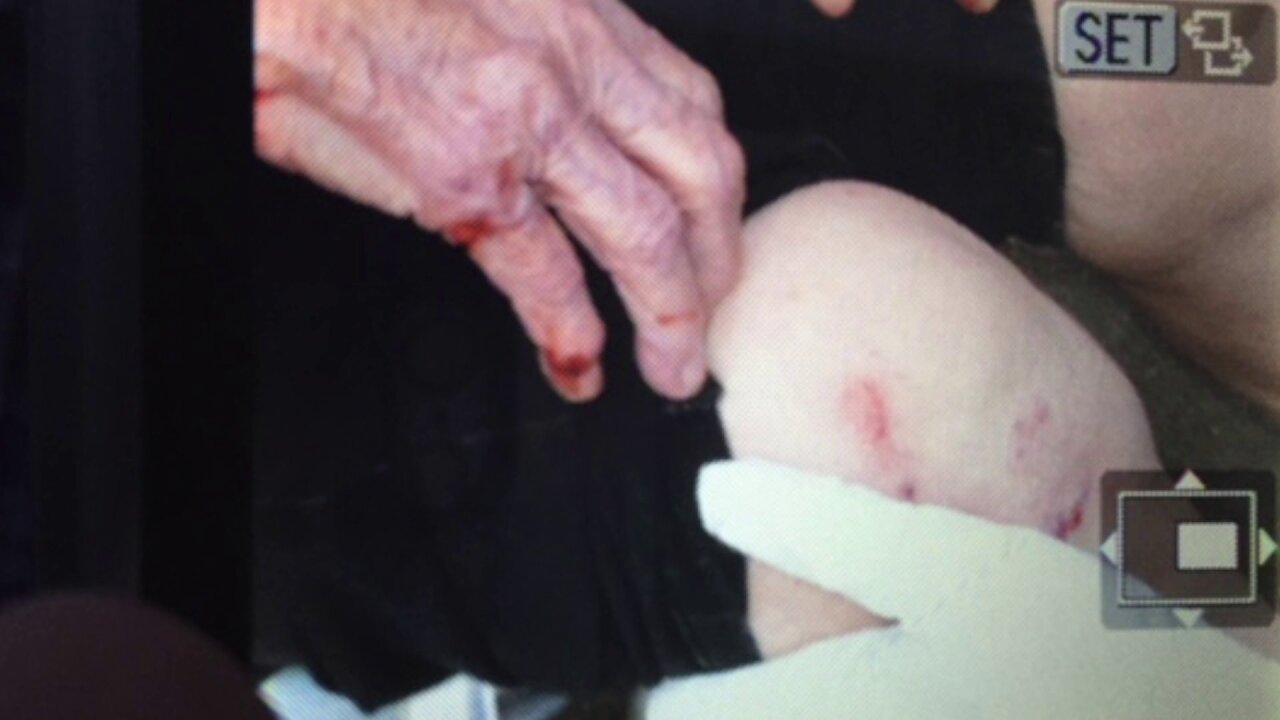 COLONIAL HEIGHTS, Va. – A pile up on an off ramp from Interstate 95 South in Petersburg Tuesday was the end result of a scary afternoon for an elderly Colonial Heights woman.

“First time this has happened in 42 years since I’ve been living here,” a neighbor of the woman said.

Colonial Heights police said the elderly woman was thrown to the ground in her own yard by a suspect who stole her purse and then fled.

The woman was taken to a local hospital with some minor scrapes and bruises.

A neighbor, who didn’t want to be identified, told CBS 6 he watched the robbery unfold from his window.

“The next thing I saw she was on the ground, he turned around and got his hoodie hung up on the tree limb in her yard, when he did that he fell down in the yard,” the neighbor said.

The neighbor said he didn’t realize what happened at first, but then saw the suspect jump into a waiting car.

“He hopped in, and he tore out of here like a bat out of hell Duke of Gloucester and that was it,” he said.

That’s when the neighbor raced outside to help.

Soon after, he learned Colonial Heights Police caught up with the suspects and chased them until they crashed at the Washington Street exit on I-95 south.

There were four people inside the getaway vehicle, and according to police sources, most were treated by EMS for injuries after the crash. Police have not released the name of the suspects in this case or their charges at this time.