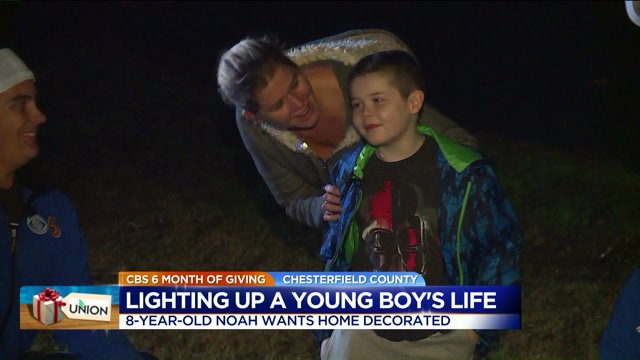 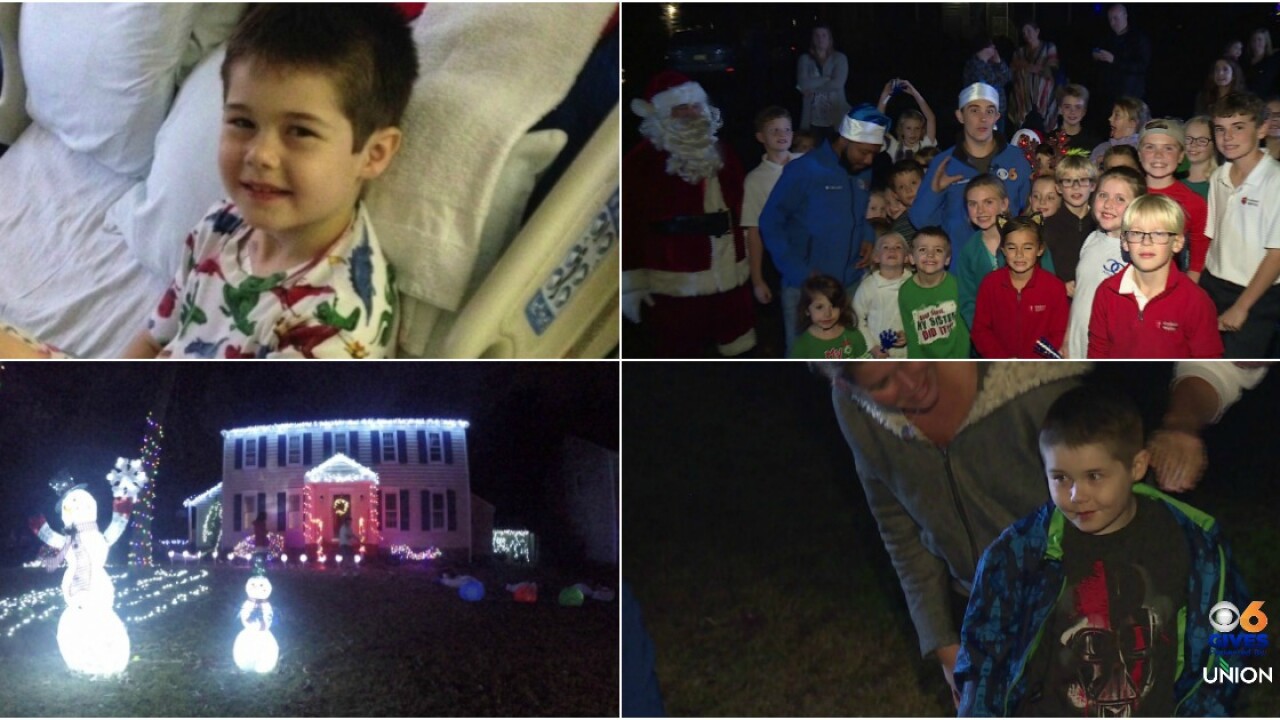 MIDLOTHIAN, Va. -- An eight-year old Midlothian boy going through the fight of his young life, wanted just one thing for Christmas this year.

Noah Cross, who was diagnosed with Acute Lymphoblastic Leukemia earlier in the year, recently asked his mother if they could decorate the outside of their house for Christmas.

With the help of Union Bank and Trust and a network of friends and neighbors, CBS 6 surprised Noah with a light show at his Walton Park home.

"What was truly incredible was how many people truly wanted to help with this surprise," Burns said. "As we worked to organize this, more and more people volunteered time, lights, and even pizza. When we decorated the house, one of Noah’s neighbors even put on an orange traffic vest and directed traffic out front. The Walton Park community definitely loves Noah!"

For the rest of this year, Noah is will receive treatment, including chemotherapy, at VCU Medical Center.

Noah’s father said his son has “not complained once” during his treatment. You can learn more about his journey and how you can help out his family by going to this Go Fund Me page.

"The best part of the whole day was when we were driving away," Burns said. "I looked over and saw Noah and his dad walking around their front yard checking out all the inflatables. Noah was smiling from ear to ear. That image will stick with me the rest of this Holiday season. A kid that strong deserves to smile like that every day."