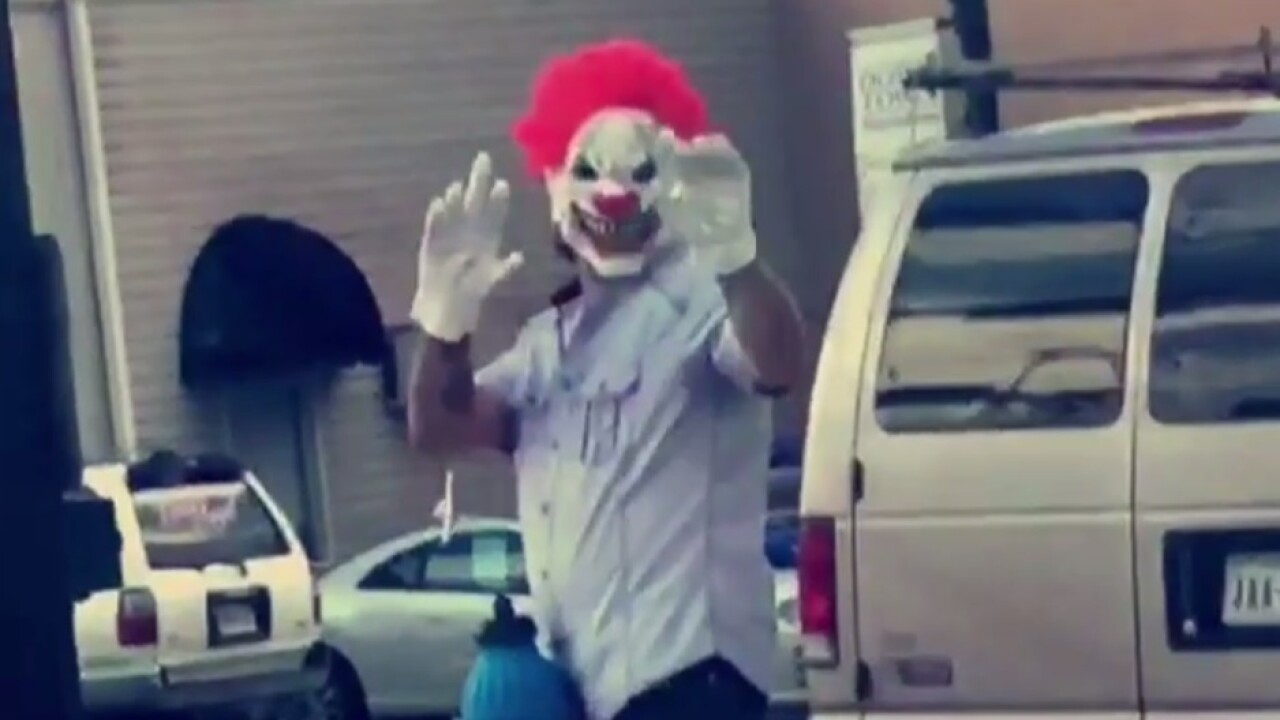 AUGUSTA COUNTY, Va. — After a spate of creepy clown sightings in North Carolina, authorities in western Virginia confirm they received a call about clowns Saturday night.

“The call was placed by a citizen that was in the area fishing with his children. The male was approached by two separate vehicles leaving the area at a high rate of speed. Both vehicles stopped to warn him that several people in the adjacent woodland area were dressed up as clowns. According to the caller, the people leaving the area were pretty upset over the clown sightings.”

Deputies did not find anyone dressed as a clown.

Smith stressed that state code prohibits a person over 16 years old from wearing a mask, hood, or other device to cover or conceal their identity. The sheriff warned someone violating the code, which is a Class 6 felony, could spend anywhere from one to five years behind bars and/or be fined up to $2500.

“This is a growing problem across the Commonwealth. Please do NOT engage in this illegal behavior,” Smith said. “Dressing as a clown and approaching people can result in someone getting seriously hurt. I strongly recommend not to engage in this behavior and want everyone to be aware of the VA law which prohibits this behavior.”

Additionally, a viewer sent WHSV a video showing a man  with a forearm tattoo wearing a clown mask and white gloves waving at a person presumably in a vehicle.  That clown was standing on the street and gripping a fire hydrant in Waynesboro.

WHSV has reached out to the person who submitted the video, but had not heard back as of 11:30 p.m. Sunday.