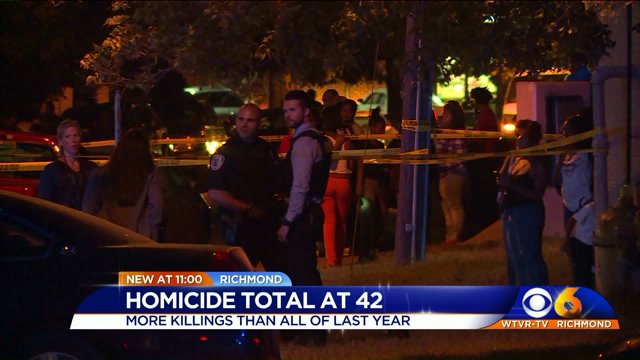 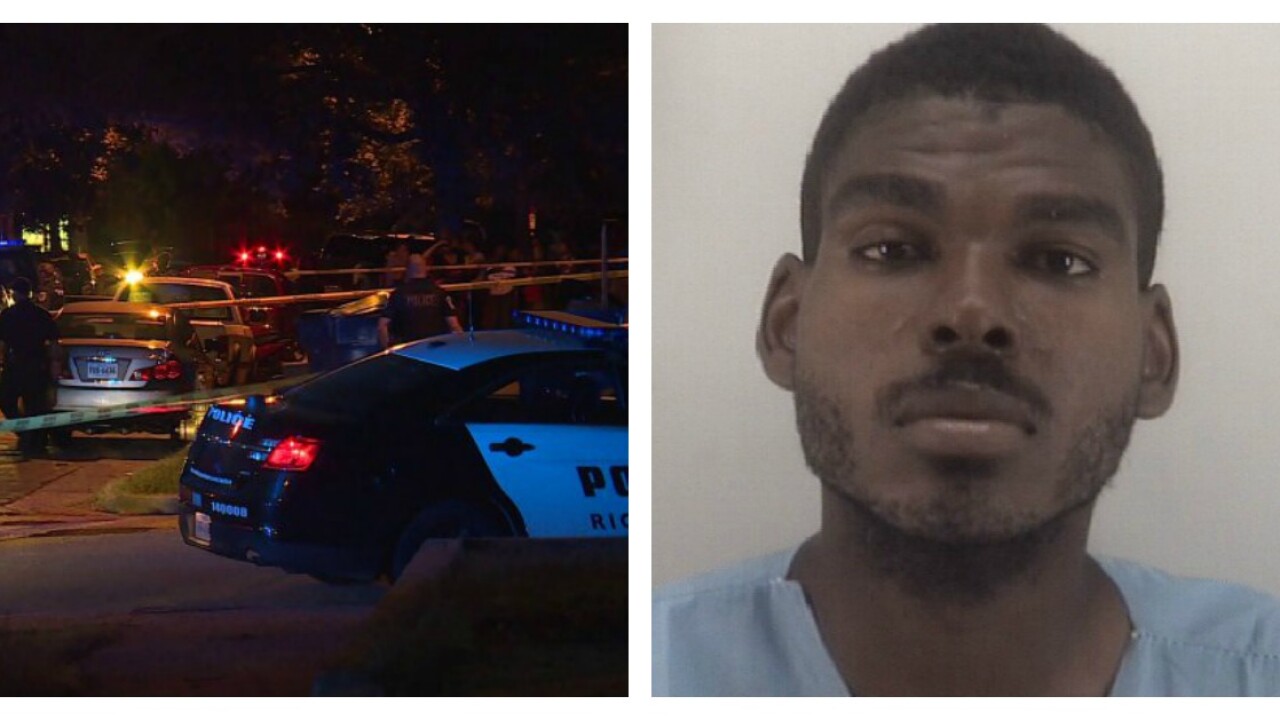 RICHMOND, Va. -- Police have arrested a suspect after a man was found dead from a gunshot wound Friday evening in the city's Gilpin Court public housing neighborhood.

Detectives arrested 27-year-old Mark A. Cephas in connection with the shooting and charged him with possession of a firearm by a convicted felon. Other charges are also being considered.

The shooting occurred at approximately 7:23 p.m. on the 1100 block of St. Paul Street when officers responded to the report of a person shot. Upon arriving on scene, they found 31-year-old James D. Williams unresponsive on a sidewalk. The Richmond Ambulance Authority also arrived and pronounced Williams dead at the scene.

The Medical Examiner will determine Williams' cause of death.

The shooting marked the 42nd homicide this year in Richmond. That is officially more homicides than all of 2015 in the River City. There were 41 last year.

“It is saddening because we are not numb to the loss of life,” said Rev. Rosalind Criss, Associate Minister New Life Deliverance Tabernacle.

Charles Willis, Executive Director United Communities Against Crime, spoke about, “a lack of being responsible a lack of having regard for life human life and a lack of teaching a lack of training.”

Both Criss and Willis are working with groups in Central Virginia to try to stop the killing in their community.

One idea Willis wants to see in action is teaching Richmonders to be peer mediators to prevent violence.

“They are mediating with their own peers resolving the conflict before it can get violent because if they get to fighting and it becomes violent it's going to end up the wrong way every time,” Willis said.

Also, a series of workshops to teach and implement violence prevention strategies is being held. New Life Deliverance Tabernacle hosts a women’s empowerment summit October 6 -8, at the church at 900 Decatur Street in Richmond.

“There are so many ills within our community that have yet to be addressed, but it is our purpose that as we infuse women with empowering information and empowering strategies they can speak into the lives of the men that they are connected and certainly we can begin to heal,” Criss said.

The summit is open to all and is not restricted to women.

The city maintains a list of lives lost to homicide along with the status of each investigation.

The Richmond Police Department was able to arrest Cephas with the help of the Henrico Police Department and would like to thank the public for providing information to investigators that led to the quick arrest.

They also ask that anyone with further information about this case would either call Major Crimes Detective Joe Fultz at (804) 646-3929 or Crime Stoppers at 780-1000.

Stay with WTVR.com and CBS 6 News for continuing coverage of this important story.