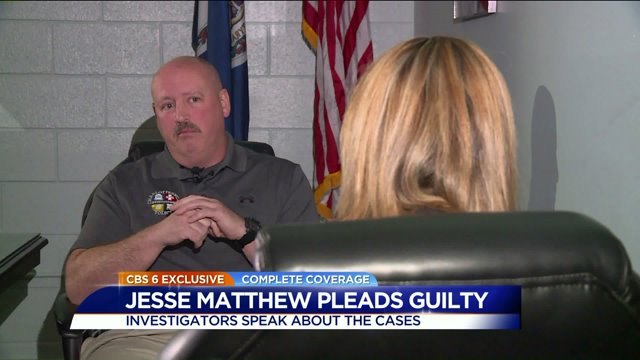 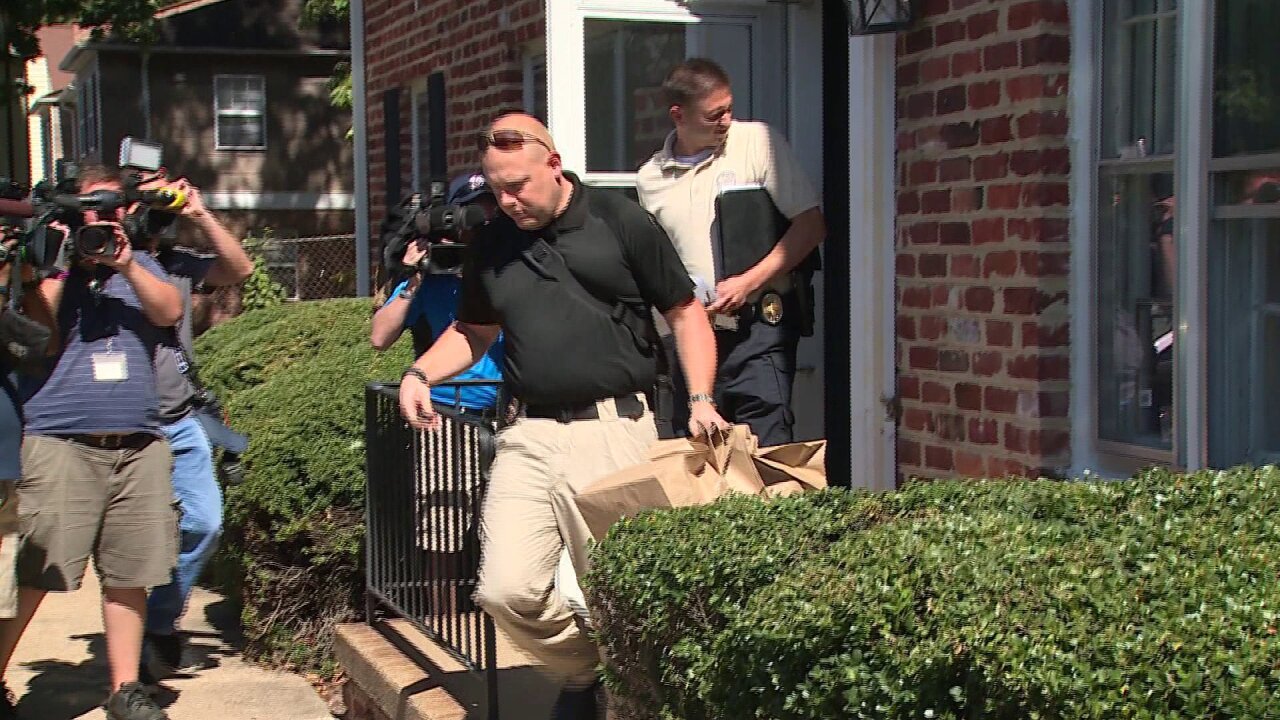 “'We knew we had identified this monster and this was going to stop,” said Charlottesville Detective Sgt. Jim Mooney.

Hannah, a second-year University of Virginia student, would be Matthew’s final victim, her last moment seen by anyone was a witness who saw the two standing at Matthew’s car.

Moments before that are captured on surveillance video on Charlottesville’s downtown mall.

“The witness describes the door being opened and her saying I'm not getting in that car, it is stolen, and her voice led this person to believe that she was scared and did not want to be there,” Mooney said.

Hannah`s skeletal remains,  like Harrington’s five years earlier,  would be found in a rural part of Albemarle County – both women found within five miles of each other.

Their broken bodies missed clothing and they were without undergarments. Both young women were beaten before they were murdered. They also both fought back, the autopsies showed.

The locations where the women were assaulted were not where they were murdered, according to investigators.

Morgan had rib and arm fractures but also a fracture on her skull that occurred at the time of death.

Hannah’s left nasal bone had a piece that was broken away. The medical examiner said that her most likely cause of death was strangulation or suffocation and that both her nasal fractures likely occurred at time of death.

Witnesses told police that Matthew had a swollen jaw the days after Hannah was murdered.

“They absolutely probably fought back and I'm certain he probably thought they would report these sexual assaults and he disposed of them like a bag of trash just like Sue Graham described,” Mooney said.

Days after Hannah was reported missing, police wound up in Hessian Hills, at Matthew’s apartment.

“I rehearsed what I was going to say probably 1,000 times but I think I learned he probably did the same thing because he knew we were going to knock on that door at some point,” Mooney said. “That was the last chance we had of finding Hannah alive and once I saw Jesse Matthew was not alone and had roommates that was it for me I had no hope left we were going to find her alive.”

The major break was found on the floor

Mooney says the clue that helped crack the case would be found in Matthew’s bedroom.

A pair of stained shorts was found on Matthew’s floor when police searched his apartment. There was a stain on the left front thigh area near the hem. Forensics examiners determined that it contained both sperm and a DNA mixture that could only belong to Matthew.

The blood on the shorts could only be identified as Hannah’s.

“It's a mixture of DNA and consisted of Hannah and Jesse which confirms they had contact pretty huge piece of evidence,” Mooney said.

Police continued to question Matthew but he would not cooperate, nor would he provide his cellphone number to police when asked. Matthew asked police if he could get his passport out of the car before they towed it, but they said no.

Investigators found Hannah’s DNA on the car door and plant samples would later match the location where her remains were found.

Later that day, Matthew  went to DMV to get a new license and he then withdrew all of his cash from the bank, except for $30. He then went on the run, and was found days later in Texas. The test results had been returned at that point and he was named a suspect in Hannah’s abduction.

His cellphone records indicate long lapses of activity around the time of both murders. Police were able to access phone records of the taxi cab company he drove for in 2009, and connect with several witnesses who rode in Matthew’s cab.

One witness remembered seeing Morgan standing near where she exited the cab, and spoke to Morgan about her shirt.

Another witness who took a ride with Matthew the night before Morgan was murdered said Matthew asked them for oral sex when they realized they didn’t have the cab fare.

Matthew asked the passenger if they would be willing to perform a sex act as payment, given the lack of funds, at which point the witness provided what funds they had, and exited the cab.

Matthew will serve the statutory maximum for these offenses four additional consecutive life terms (he is already serving three life terms after entering an Alford Plea to a 2005 abduction, sexual assault, and attempted murder charge in Fairfax).

[The disturbing timeline of Jesse Matthew’s sexual violence and murders]

As part of the plea agreement, Matthew waives his right to geriatric, early, conditional release or parole.  He also waives any right to appeal or revoke this agreement.  The Commonwealth nolle prossed the capital murder charge and can re-indict this charge without time limitation should Matthew violate terms of the plea.