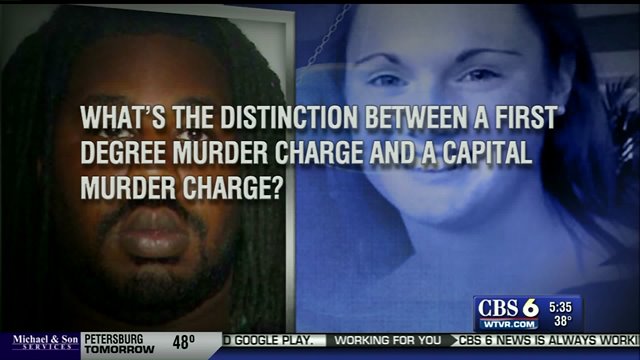 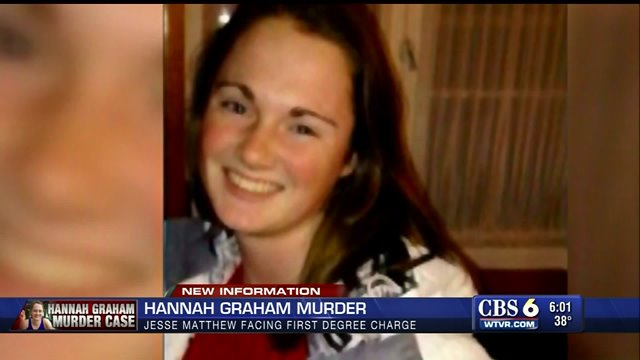 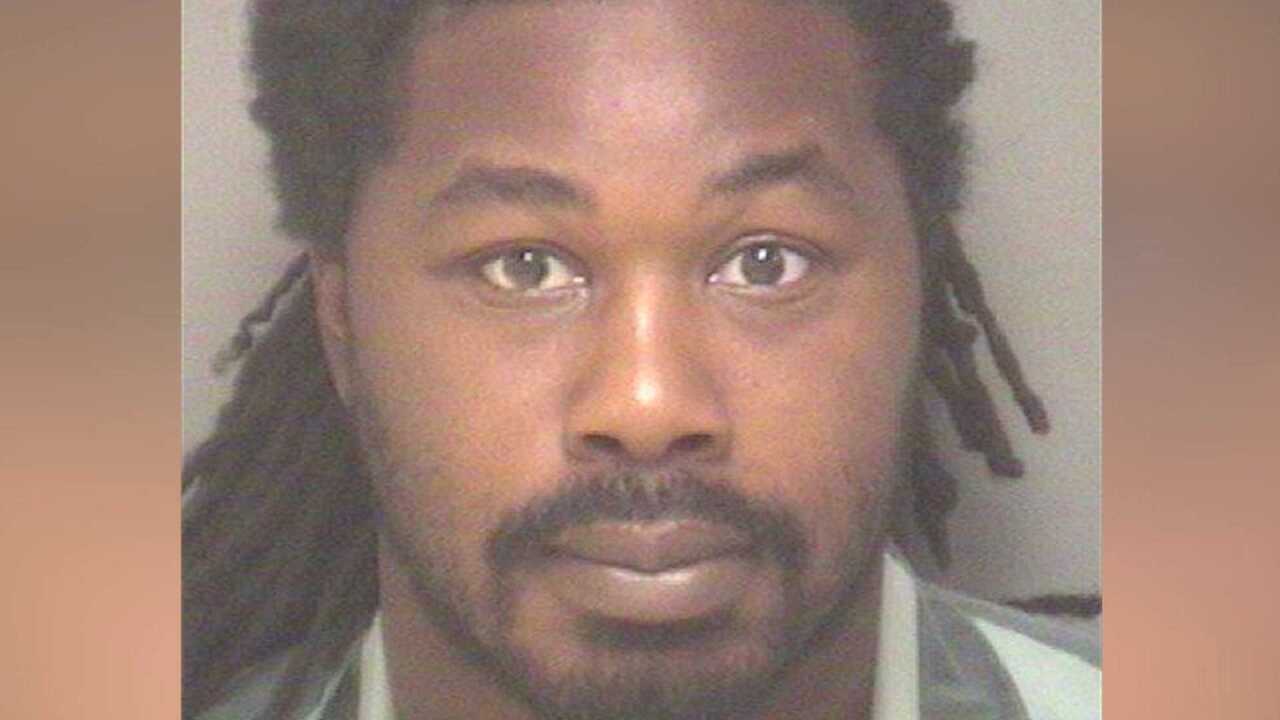 ALBEMARLE COUNTY, Va. -- Jesse Matthew Jr. was indicted on a first-degree murder and abduction with intent to defile charges in connection to the death of second-year University of Virginia student Hannah Graham. Matthew had been charged with the abduction with intent to defile in the case.  Graham was last seen leaving a Charlottesville bar with Matthew, on September 13. Her remains were found on an abandoned property in Albemarle County on Oct. 18. A team of law enforcement officials -- who dubbed themselves "Team Hannah" made the announcement Tuesday morning at the Albemarle County Police Department.

"These indictments signal the  beginning of the next phase in what has been an incredibly difficult process for the family of Hannah Graham, for our community and for the men and women of the many departments and agencies who have worked on this matter since September of last year," Albemarle County Commonwealth’s Attorney Denise Lunsford said.

"The decision on how to charge in a specific case is very difficult and often times there are many considerations that going in to charging decisions," Lunsford said. "I'm not going to discuss the specific facts and circumstances that led to this consideration for ethical reasons, however understand that a great deal of serious thought went into this determination, including the impact on the community, the Grahams and the need to provide Mr. Matthew with a fair trial."

A Capital charge would give prosecutors more leverage to force #jessematthew to plead to life. There's more to the story. @JakeBurnsCBS6

Lunsford said Hannah Graham's parents were aware of the indictments. She said she would not comment on her conversations with the Grahams. One reporter at the press conference challenged Lunsford on why she did not bring a capital murder charge against Matthew.

"Why aren't you going after the death penalty, chief, do you think this is the right thing?" someone yelled.

Charlottesville Police Chief Tim Longo did not answer as he and others on "Team Hannah" walked out of the room.

What about Morgan Harrington?

During her press conference, Lunsford added there were no pending charges against Matthew with respect to Morgan Harrington. Hannah Graham’s body was discovered roughly five miles from where Harrington’s body was found in Albemarle County in January 2010. In November 2014, police forensically linked Harrington to Matthew when his DNA was found on the black “Pantera” shirt she wore the night of her disappearance. Harrington, a 20-year-old Virginia Tech student, disappeared outside of the John Paul Jones Arena in Charlottesville while attending a Metallica concert on October 17, 2009.

"Each investigation takes its own course," Lunsford said. "The simple fact is, the case involving Hannah Graham was ready to be charged first. If and when a determination is made regarding the case involving Morgan Harrington, the community will be advised at the appropriate time."

What's next for Jesse Matthew?

Matthew will appear, via video, in Albemarle Circuit Court on February 18 at 11 a.m. Matthew is currently incarcerated in Fairfax County, where he is facing attempted capital murder, rape, and sexual assault charges relating to the attack and rape of a Fairfax woman in 2005. DNA has also linked him to this case.  He will remain behind bars in Fairfax until his trial on March 9.

"We all thought this day was going to come eventually. It's a big relief obviously.  It's the first step in getting closure for their family and the community. All we can do is hope that justice will be served," said third year UVa student Matthew Wurzberger.

"Today's just kind of like it's the end of a bad chapter, it's a good feeling," said first year UVa student Joanna Colon. "It's been prolonged, But I am very happy that that family is getting some closure."