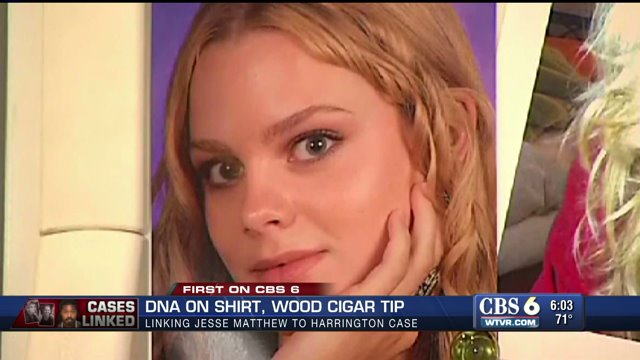 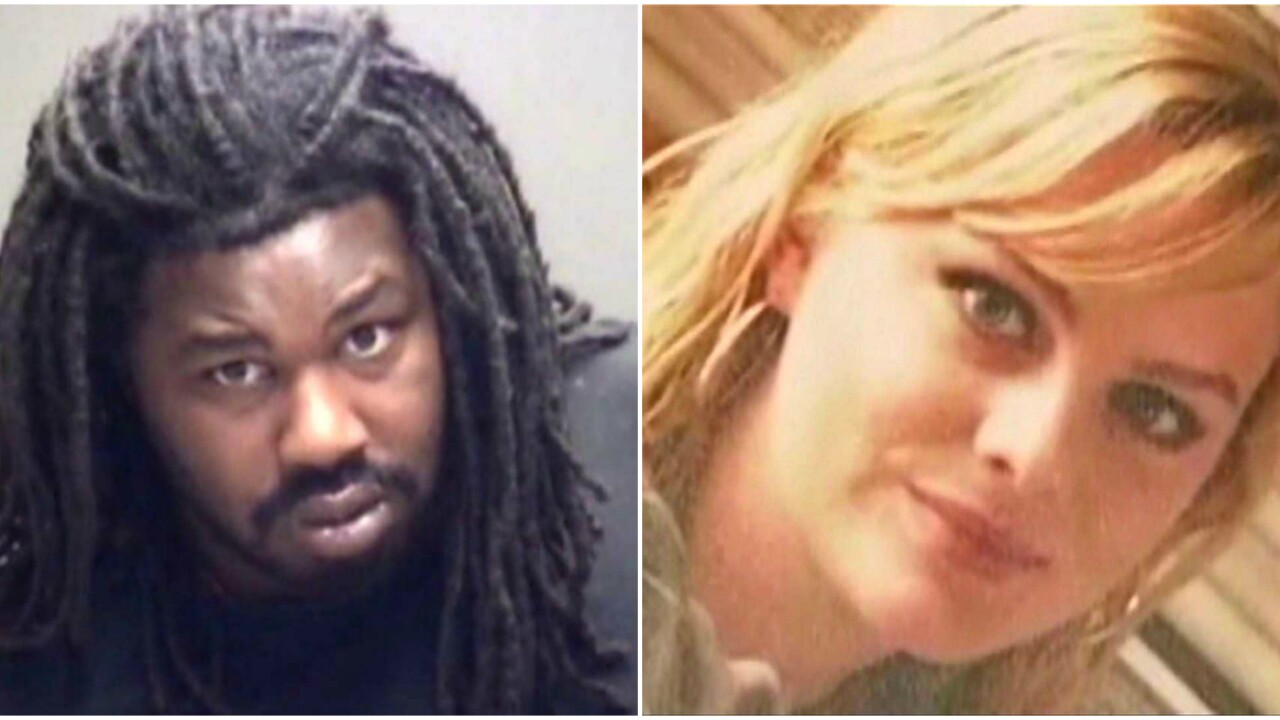 CHARLOTTESVILLE, Va. -- Jesse Matthew Jr.'s DNA was found on the black "Pantera" shirt Morgan Harrington wore the night she disappeared outside John Paul Jones area in Charlottesville on October 17, 2009, according to a search warrant obtained by CBS 6 reporter Laura French.

While we previously knew investigators had evidence that linked Matthew, who is also the suspect in the abduction of 18-year-old University of Virginia student Hannah Graham, to Harrington, the search warrant revelation is the first specific confirmation of that evidence.

"There was a large diffuse of stain on the shirt," the search warrant indicated. "A DNA mixture profile was developed....on the shirt and searched against the Virginia DNA Data Bank. Search results indicated that the contributor of a foreign DNA profile, indicative of a male contributor, which was developed from a fingernail scraping of a female victim who was sexually assaulted by a male subject in a 2005 City of Fairfax, Virginia case, could not be eliminated as a contributor to the mixture profile taken from Harrington's shirt."

Matthew has recently been charged in connection to the 2005 sexual assault case.

Charlottesville Police then submitted a "wooden tip from a cigar butt" that Matthew had his wallet to the state crime lab.

"A DNA profile was developed from the 'wooden tip from a cigar butt' and could not be eliminated as a contributor to the sampling from the majority of the interior of the black t-shirt," the search warrant continued. "The probability of randomly selecting an unrelated individual who would be included as a contributor to the DNA mixture profile is greater than one in 7.2 billion, which is approximately the world population."

The search warrant indicated police are working with Ntelos to confirm Matthew had a working mobile phone in the Charlottesville-area the night Harrington disappeared.

“I’ve been on cases where they had evidence that was 2 and 3 and 4 years old..and were still able to get DNA from that,” Banks said.

Still, he cautions that just because Matthew’s DNA is on the shirt, that does not automatically mean he killed Harrington.

“He may have given her a ride home, he may have offered her to sit with him in his house,” Banks said.

Banks said investigators will need a lot more evidence than the t-shirt to build their case, if they do end up charging Matthew with Harrington’s death.

This is a developing story. Click here to watch CBS 6 News tonight for updates.

The cameras also showed a man, later identified as Matthew, first follow Graham and then put his arm around her as they walked toward the Tempo Bar, where reports said Matthew had been earlier in the evening.

The day after Jesse Matthew was named a person of interest in Graham’s disappearance, he went into Charlottesville Police Headquarters and asked to secure a lawyer. He did, and then he left the building without speaking to police. He reportedly sped away in his sister’s car, shaking the law enforcement detail overtly following him.

Early in the evening on the Friday that Graham disappeared, Matthew attended the Covenant Eagle’s football game, the team of a prestigious private school where he coached. That was after his work as an orderly at the UVa. Medical Hospital. An independently reported timeline followed Matthew’s steps throughout the evening the night Graham went missing.

“He’s as gentle as they come,” said his dad, and friends from Monticello High School described Matthew as “the big man on campus” and “a teddy bear.”

There are also two instances when sexual assaults were alleged against Matthew, once at Liberty University and once at Christopher Newport University. The Lynchburg Commonwealth’s Attorney said the alleged victim at Liberty did not want to prosecute. CNU officials said they are withholding his record pursuant to the exception from mandatory disclosure, in cooperation with law-enforcement agencies.

All Hannah Graham surveillance videos can be seen here. All reports filed on this case can be found here.This is a developing story.