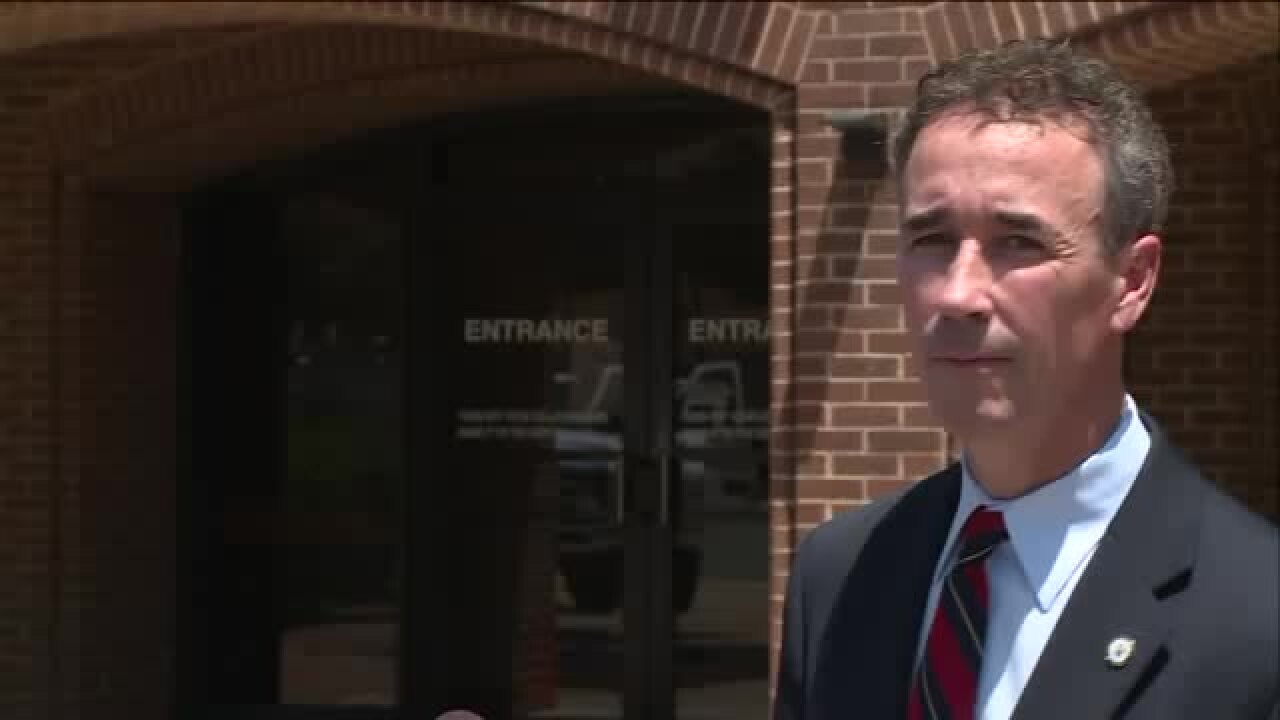 HENRICO COUNTY, Va. – Virginia State Delegate Joe Morrissey (D – Henrico) has a reputation for being flamboyant. Whether it is getting into a fist fight outside of court as Richmond Commonwealth’s Attorney or bringing an AK-47 assault-style rifle to the floor of the General Assembly as a state delegate, Morrissey has been a Richmond news maker for more than 20 years.

His latest headlines involve accusations he had a sexual relationship with a teenage employee. Tuesday Morrissey appeared outside Henrico Court to refute the allegations and tell his side of the story. While detailing text messages he said will help prove his innocence, Morrissey dropped the F-bomb.

Note: In addition to the expletive, Morrissey mentioned some names of people he claimed to be involved in the case. Those names are censored in this clip as well.

Morrissey claimed both his cell phone and the teenager's cell phone were hacked by someone looking to set them up.

"Our experts have uncovered the hacking device, the serial number and the texts," Morrissey said during his televised press conference. He then read one the "hacked" text messages aloud.

Morrissey's impromptu press conference was being broadcast live on CBS 6 News at Noon.

"We do want to apologize for the foul language from a state delegate, " anchor Rob Cardwell said as CBS 6 News ended its live coverage of Morrissey's press conference.

Click here to read more about the charges Morrissey faces and why he said he has been “wrongly accused” and would be “totally exonerated” when the evidence comes out.