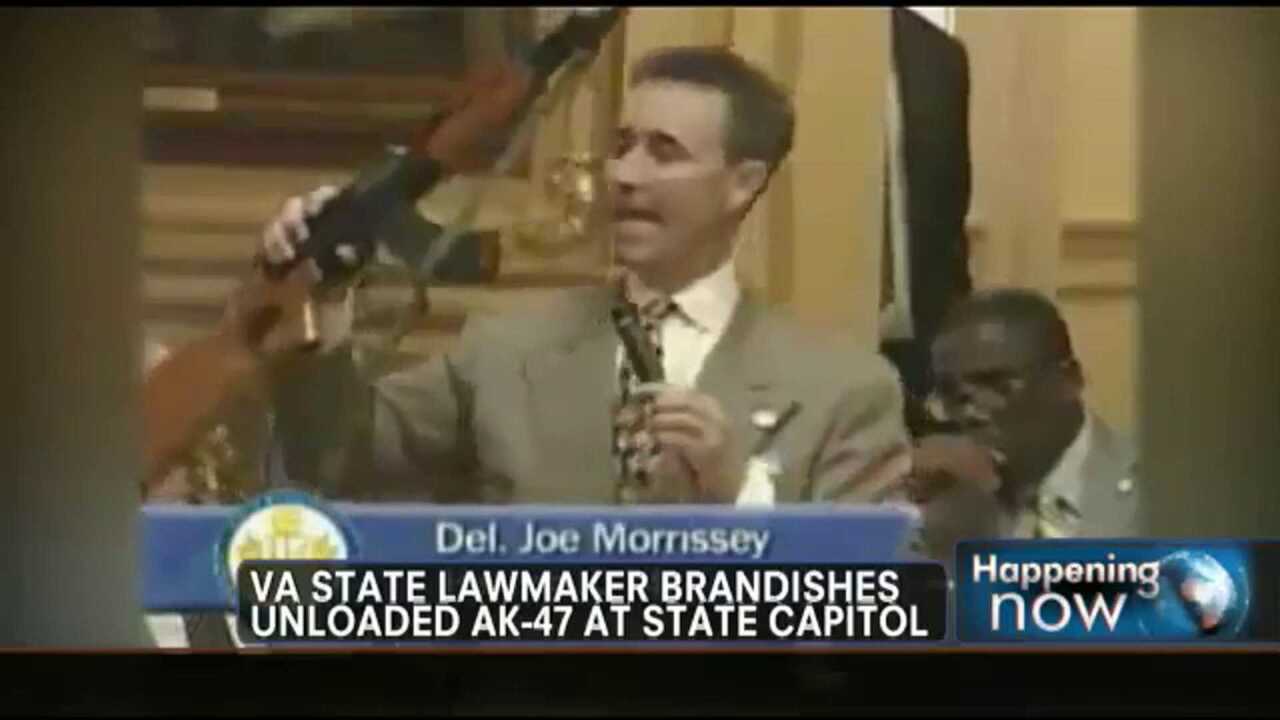 RICHMOND, Va. (WTVR) – On January 17, state Delegate Joe Morrissey (D – Henrico) brought an AK-47 assault-style rifle to the floor of the General Assembly to dramatize his push for a ban on assault weapons. But 20 years earlier, his lack of gun control made headlines when he lost an Uzi assault-style rifle and a high-capacity Tec-9 pistol.

Morrissey, a relative newcomer to the House, is already known for dramatics. On Thursday, he was trying fire up support for his bill to ban these types of weapons, but he also succeeded in scaring some of the lawmakers present.

“When he pulled the weapon out with the bolt closed and the magazine inserted and his thumb on the trigger, we were all a little shocked,” Delegate Todd Gilbert, (R -15th District) said. “So I asked the Speaker to instruct him to please take his thumb out of the trigger guard with a weapon no one was quite sure was unloaded.”

Some wondered if he could even be in possession of any kind of firearm, since he was previously charged with five felonies while serving as Richmond’s Commonwealth’s Attorney back in the early ‘90s, including bribery and  perjury. But he wasn’t convicted on those charges.

And some members recalled the headlines about Morrissey losing the Uzi and Tec-9, firearms that he had borrowed from the state forensics lab.

“Quite frankly I was a victim,” Del. Morrissey, (D) 7th District, told CBS-6 Wednesday when he was asked about the missing-weapons case. “Some guns that we used . . . to demonstrate to kids these guns cause mass carnage . . . and somebody actually stole them. Which doesn’t change my position at all on gun control.”

Newspaper reports at the time quoted sources saying Morrissey was known for leaving the weapons in a bag in his car and that they had disappeared months before they were reported missing.

“Quite frankly, we said, you know, we’re not sure what happened and how those guns were taken out of the vehicle,” Morrissey said Wednesday.

Morrissey’s inability to return the missing weapons led to a 1993 appearance before Circuit Court Judge Thomas Nance, who demanded an explanation. Morrissey said then they were lost or misplaced.

Morrissey says the incident  20 years ago doesn’t change or undermine his message: “These weapons, in my bill said, shouldn’t be sold, shouldn’t be transferred, shouldn’t be bartered. And, I’ll even go a step further: That they shouldn’t be possessed in public in any way, shape or form.”

Delegate Gilbert said the vast majority of gun owners do handle and store their firearms carefully and responsibly, unlike Morrissey. And that makes him less than a credible spokesman for gun control.

“For Joe, he wasn’t trying to express his rights, he was trying to pull a stunt,” Gilbert said. “And so why did he feel any necessity to show any responsibility, as was the case so many years ago.”

In 1994, the Uzi was found when the locker of a heroin suspect was searched. The Tec-9, apparently, never turned up. It’s unclear if either of the weapons were used in any crimes.