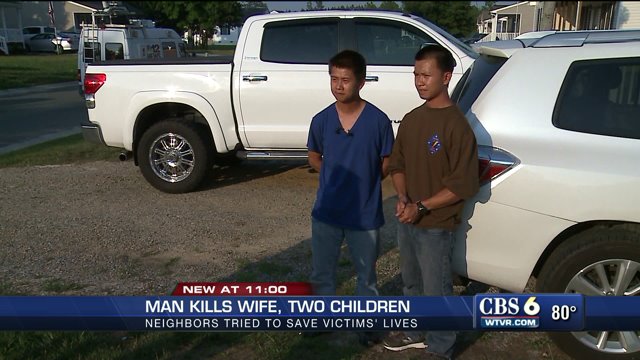 They heard gunfire and ran over to try and help. 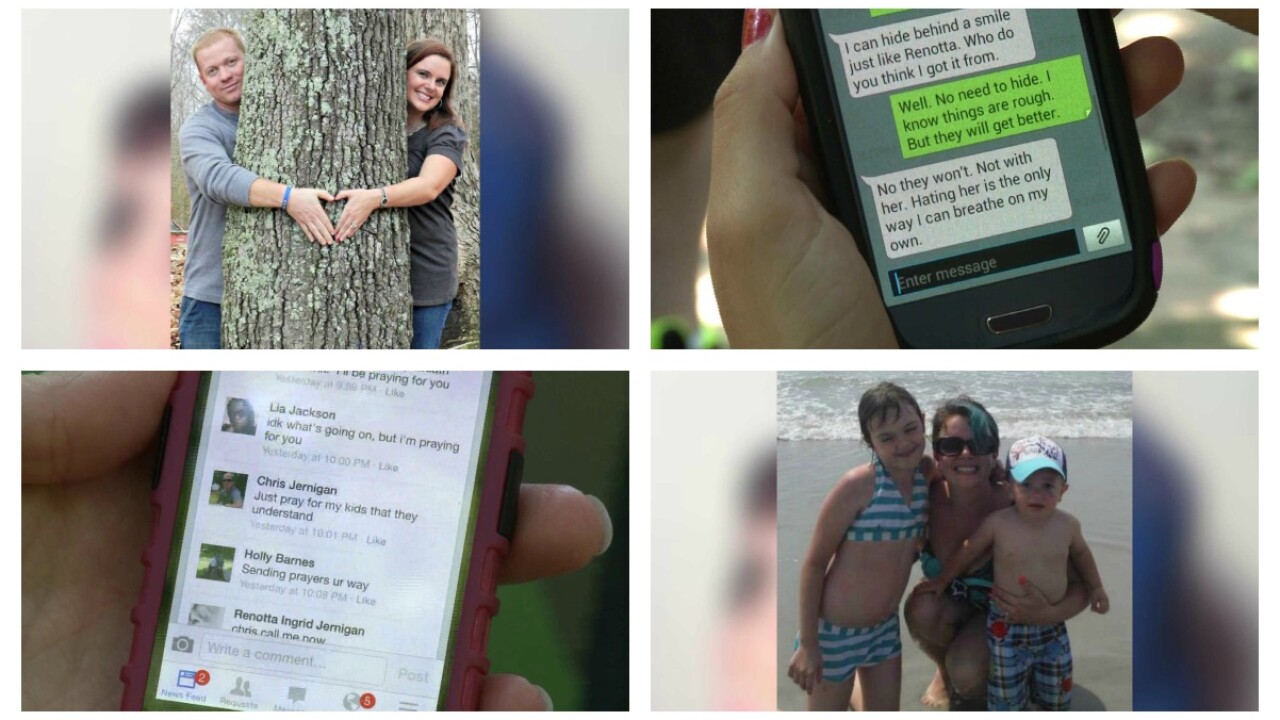 Renotta, 30, and Barry, 35, who went by Chris, had been married for six years. According to Renotta’s lifelong friend Courtney Winn, Renotta was upset by his inability to keep a job and she “was over it.”

Chris has worked the past four months at EcoLab, and told Courtney’s husband that he was having trouble keeping that job due to problems with Renotta.

On Father’s Day Chris sent out a goodbye via his work email that read: “God give me the strength not to do this.”

A final text read “Goodbye everyone."

"I wanted to tell you that I am sorry,” the texts sent to Courtney from Chris read. "I really am sorry for misjudging you. You are a great friend to Renotta.  You've been there for her when I never was and I thank you for that.  That is all I have to say so take it as you want."

“Hating her is the only way I can breathe on my own.  I guess I can say is that I love to hate her and hate loving her."

Courtney warned Renotta of her husband's disturbing messages, and it would be the last time she would ever get a text back from the woman she considered her sister.

Several friends moved quickly to intervene after receiving these messages. They came so close to getting police to Renotta.

When they arrived to the family home, police heard multiple gunshots, as did neighbors. Police found neighbors attempting to aid Jernigan and her 2-year-old son, Seth, who had both been shot.

“Apparently it started in Lexi's room and they heard Renotta scream, gunshots, Renotta screaming again and then more gunshots and then went in to get them and save Renotta and the baby and they couldn't,” Courtney said.

Retired Marine Gary Nguyen was watching TV with his brother Harry Nguyen when they heard gunshots.

"We turned off TV, made sure area was dark as we approached porch so we couldn't be seen," said Harry Nguyen.

He found Renotta choking on her own blood, in the front yard. He, along with another neighbor who is a nurse, began performing CPR.

"I shouted Gary there is a little one in the house go check on her," said Harry.

Gary ran inside, unsure if a shooter was on the loose.

"We just wanted to save someone, help somebody," Gary Nguyen said.

He found Chris on the floor with a bullet hole in his head, a gun by his feet. In another bedroom he found their 2 -year-old son shot in the head and barely clinging to life.

"It was the worst thing I ever saw, made my heart broken," said Gary Nguyen.

Gary and the nurse carried the boy outside and started CPR on him, the brothers were covered in blood when an ambulance arrived. Both say they tried as hard as they could to save lives.

Jernigan died on scene. The child later died at the hospital.

Courtney’s husband Benjamin Winn says that Chris came over the day before the murders said he had spoken to a lawyer and the only thing he really wanted was for her to move out.

He believed that Chris had come to terms with the impending split from Renotta until reading the Facebook post Sunday night. The family was dead an hour later.

Chris had helped raise his stepdaughter Lexi since she was three. Seth was the toddler that Renotta and Chris conceived. Chris has a 13-year-old son who was not at the house.

“She was happy, she was so happy, that woman smiled so much in every picture it was perfect,” her best friend said.

A “Renotta Jernigan and Children Benefit Fund” was set-up to assist the family with burial costs. Donations can be made at any Bank of McKenney branch.

The investigation into the shooting remains on-going, police said. Anyone with any information should contact the Chesterfield County Police 804-748-1251.