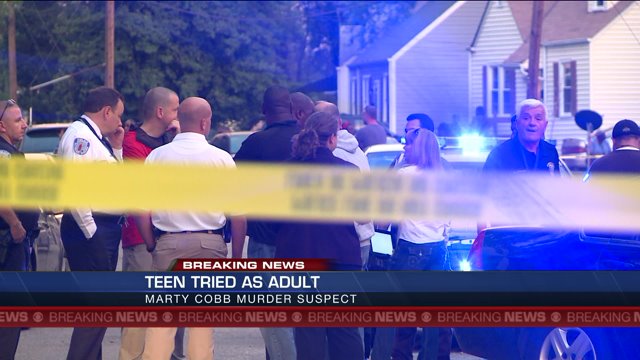 Male is suspect in muder of eight-year-old Marty Cobb. 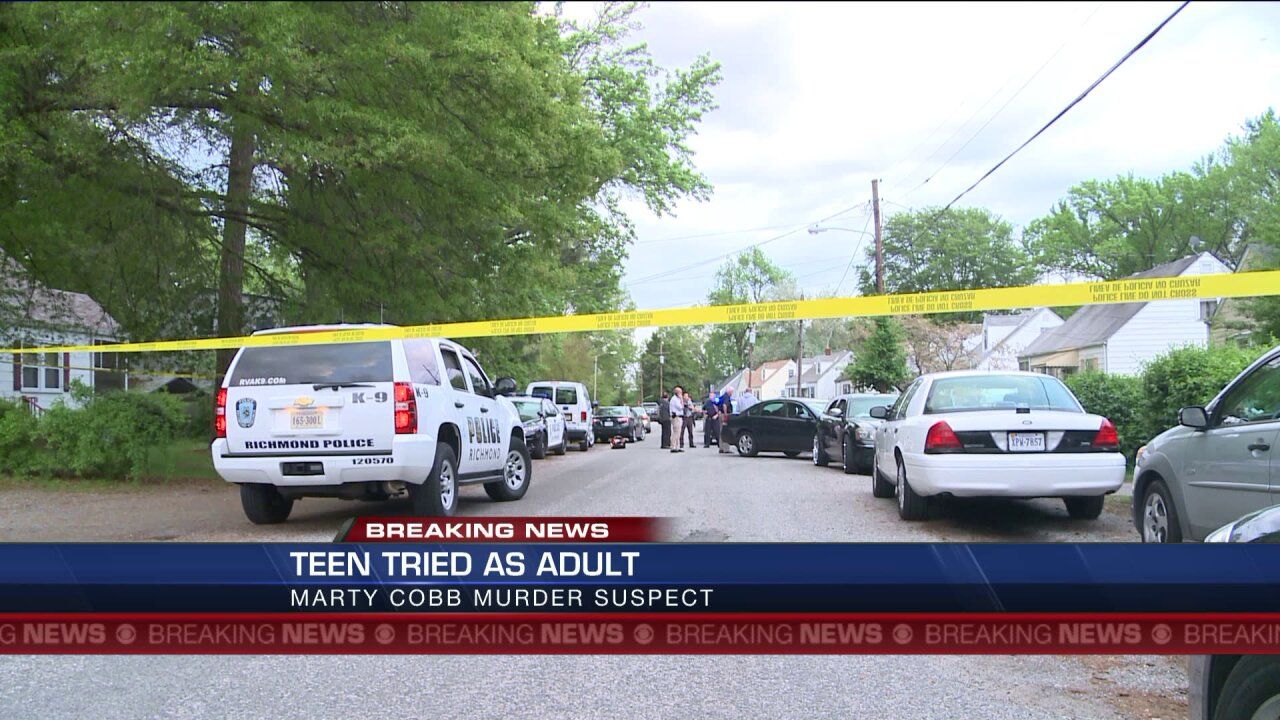 RICHMOND, Va. -- During a preliminary hearing Monday, a Richmond Juvenile and Domestic Relations Court Judge ruled the alleged killer of Marty Cobb will be tried as an adult.

This case hearing came 40 days after eight-year-old Marty Cobb was beaten to death near his South Richmond home; relatives said he was defending his sister.

The 16-year-old male suspect Mairese Jershon Washington will face second-degree murder charges.  Previously CBS 6 did not name Washington as the suspect, per the station policy regarding the anonymity of juveniles.

The judge said Monday that there was a lack of evidence of pre-meditation to sustain first-degree murder charges. Washington will also face strangulation and malicious wounding charges.

Cobb was killed allegedly protecting his 12-year old sister from Washington's attack.  Washington was arrested two days later in connection with the homicide and attack on Brandon Road.

Originally police were told the person who assaulted Marty and his 12-year-old sister was an “adult white male with scraggly facial hair.”

But during the course of the police investigation, that description changed to a teenage black male.

Police said the surviving victim, Cobb's sister, was “threatened and intimidated by the suspect” into initially giving inaccurate information.

A Richmond mother showed CBS 6 court documents that show Washington was charged with malicious wounding after he attacked her son with a hammer, back in 2010.

Arrington told CBS 6 that the teen lived nearby and lured her son, then three-years-old into another home and viciously beat him.

She said her son, Malachi Sottile, age seven, physically recovered from the attack, but said he’s had frequent nightmares ever since then.

There is a gag order on this current case.

Depend on CBS 6 News for continuing coverage of this important local story.