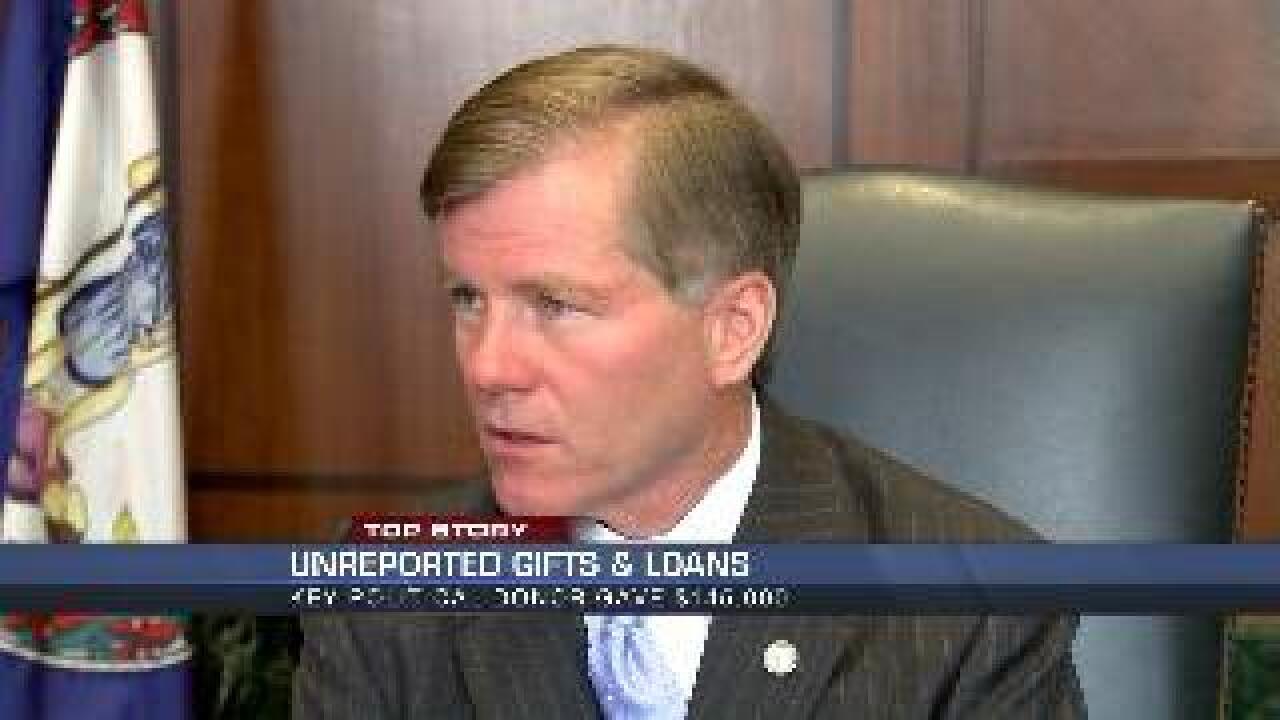 The Washington Post reported that the money was not disclosed as a gift or a loan, and cited “people with knowledge of the payments.”

These allegations would bring the total of funds from Williams to $145,000.

The Post reports that people familiar with the transaction say that the governor viewed the payments as loans, not gifts, to his real estate venture. State law requires that elected official disclose their personal loans but not loans made to their corporate interests.

CBS 6 reached out to Gov. Bob McDonnell’s spokesperson for a comment.

“Star Scientific and Jonnie Williams have not received any board appointments, economic development grants, targeted tax incentives or government contracts during this administration,” Tucker Martin responded via email.

“As this article notes, the loan to the First Lady was disclosed in accordance with Virginia's reporting requirements. As the article also notes, loans to businesses are not required to be disclosed.”

“Finally, regarding a gift to one of the governor's children, Virginia law does not require the reporting of gifts to family members.”

"Essentially what you've got here is a bailout. A bailout by a big political donor of the personal family finances of the McDonnell's," said CBS 6 political analyst Dr. Bob Holsworth.