Marshall: ‘Sodomy is not a civil right’ 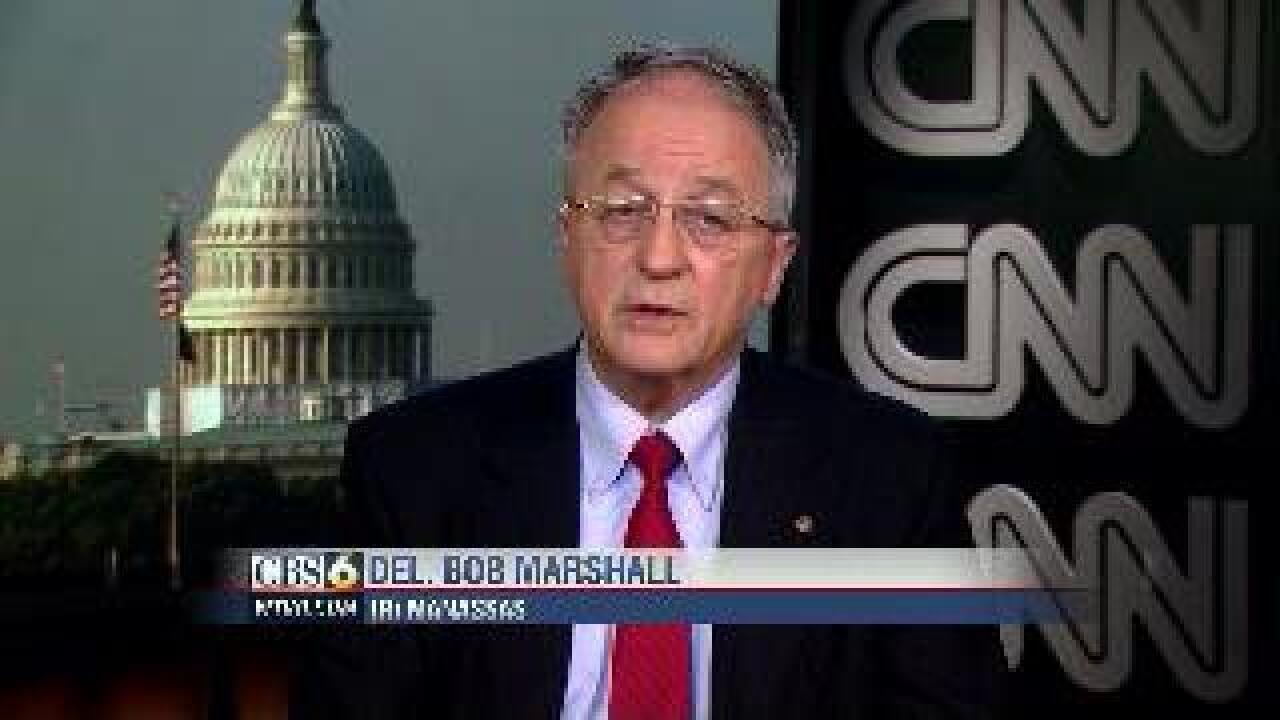 RICHMOND, Va (WTVR) - Is same-sex marriage a civil rights issue? It's a question that's been asked by many after the General Assembly voted against making openly gay prosecutor Tracy Thorne-Begland  a Richmond district judge this week.

Conservatives that voted against Thorne-Begland say it's because he's gay, but because of what they're calling his history as a gay-rights activist. Meanwhile some law experts are coming to Thorne-Begland's defense, saying he's fighting for his civil rights.

Conservatives said that vocal support for gay marriage, which is illegal in Virginia, made him unfit for the bench.

In the hours leading up to the vote, conservative Republican Delegate Bob Marshall led the charge to challenge Thorne-Begland's nomination. [POLL: Do you agree with decision to deny judgeship to gay prosecutor?]

He needed 51 votes from Virginia's Republican-led House of Delegates in Tuesday morning's vote to become a general district court judge. Delegates voted 33 to 31 to support him, with 10 abstentions--leaving him 18 votes shy.

Several law experts have decried the decision, saying some of the nation's top judges are well-known to have been activists during the civil rights movement; naming specifically Thurgood Marshall and Ruth Bader Ginsburg.

Yesterday Marshall fired back on CNN's Starting Point, saying the two situations aren't comparable, and that Thorne-Begland's perceived activism doesn't date back to his youth.

"You have to look at the past. In late 2011, [Thorne-Begland] was critical of the Don't Ask, Don't Tell [policy]. He criticized our Attorney General simply for explaining what the law of Virginia is with respect to certain protected classes. So, he has gone beyond that. he can be a prosecutor, if he wants to, but we don't want advocates as judges."

William Eskridge, a Yale Law School professor, has spoken out against Marshall's statement, saying sodomy is, in a practical sense, a civil right--according to the Supreme Court.

In an interview with MSNBC, Eskridge pointed out a 2003 decision made by the high court,  Lawrence vs. Texas. It struck down a criminal sodomy law in Texas– and by extension, other states – as unconstitutional.

Kim Forde-Mazrui, a University of Virginia School of Law professor, agreed with Eskridge in the same MSNBC article.

Mazrui also found fault with the suggestion that Thorne-Begland's sexual orientation would impact his ability to be impartial.

“If you mean that people are always biased in favor of members of their own group then that would suggest that a straight male or a white judge could not be impartial in a case involving a crime between a straight and a gay person, a man and woman, or a white and black person -- which would render most judges and juries suspect by his conception,” Mazrui told MSNBC.

Thorne-Begland disclosed his sexual orientation as a naval officer nearly 20 years ago in a challenge to the military's ban on homosexuals. He was eventually discharged under the Don't Ask Don't Tell policy.

If he had received the necessary 51 votes, he would have been the first openly gay judge in the state.