Officials say that the thick black smoke was the result of tires being burned in the fire.
Posted: 1:21 PM, Feb 19, 2020 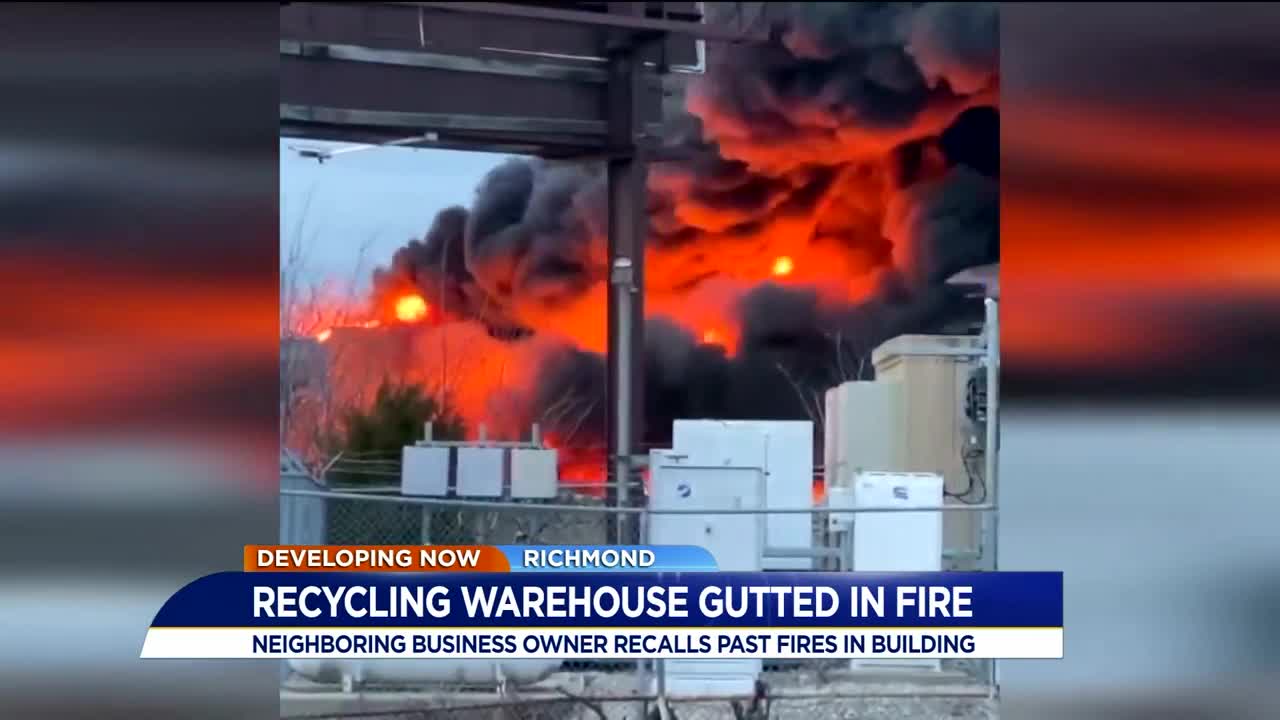 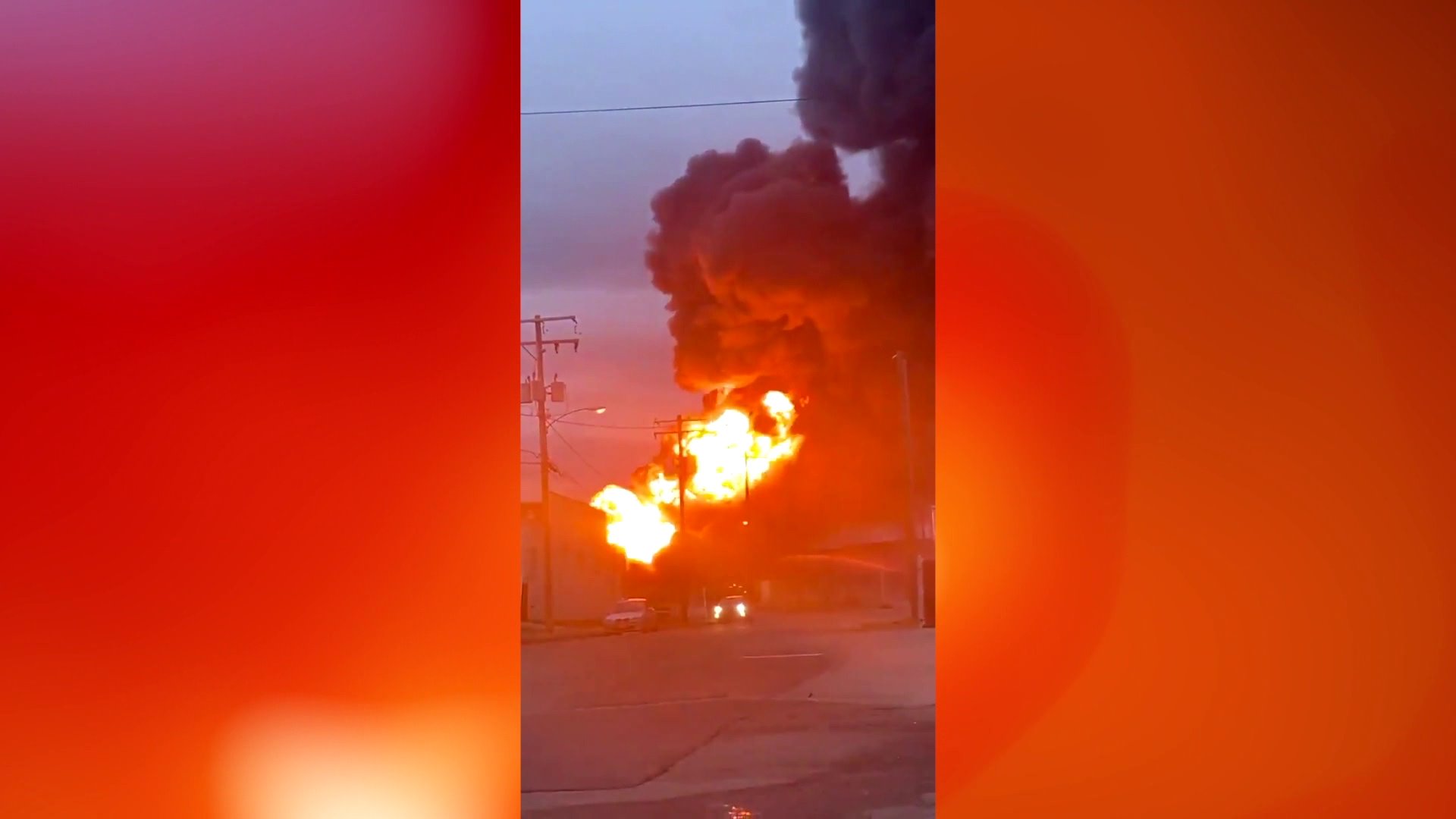 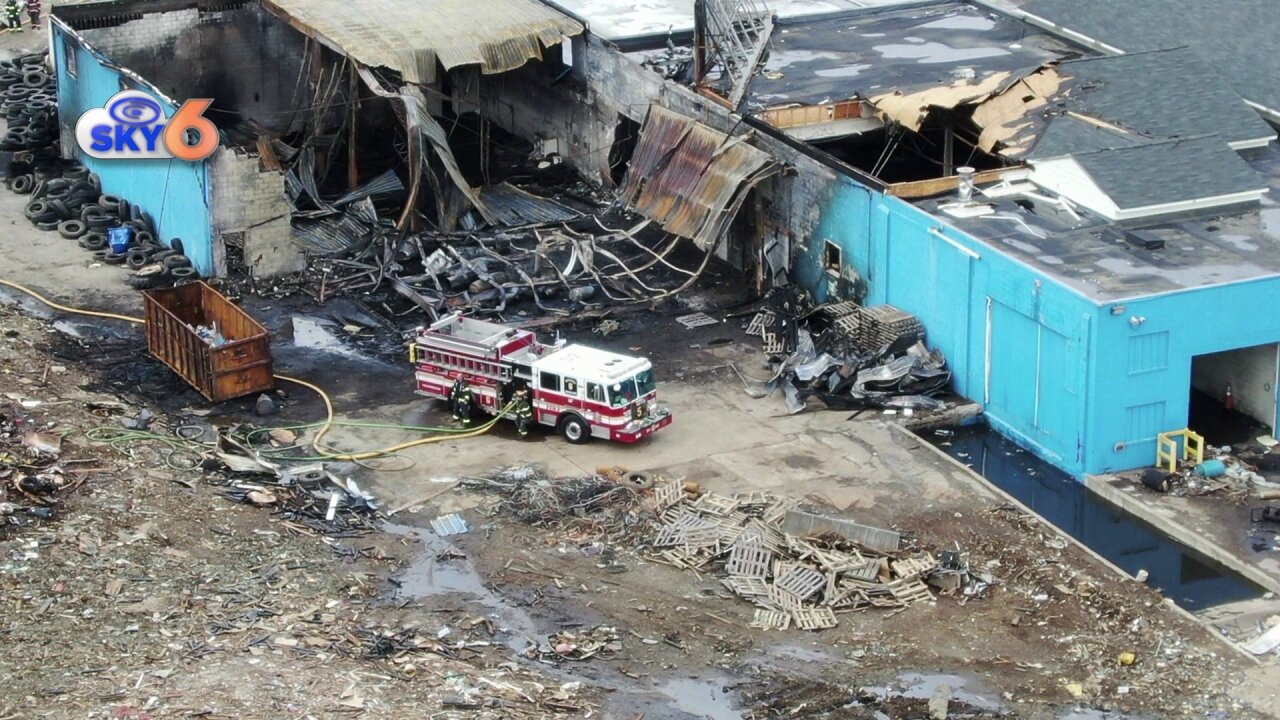 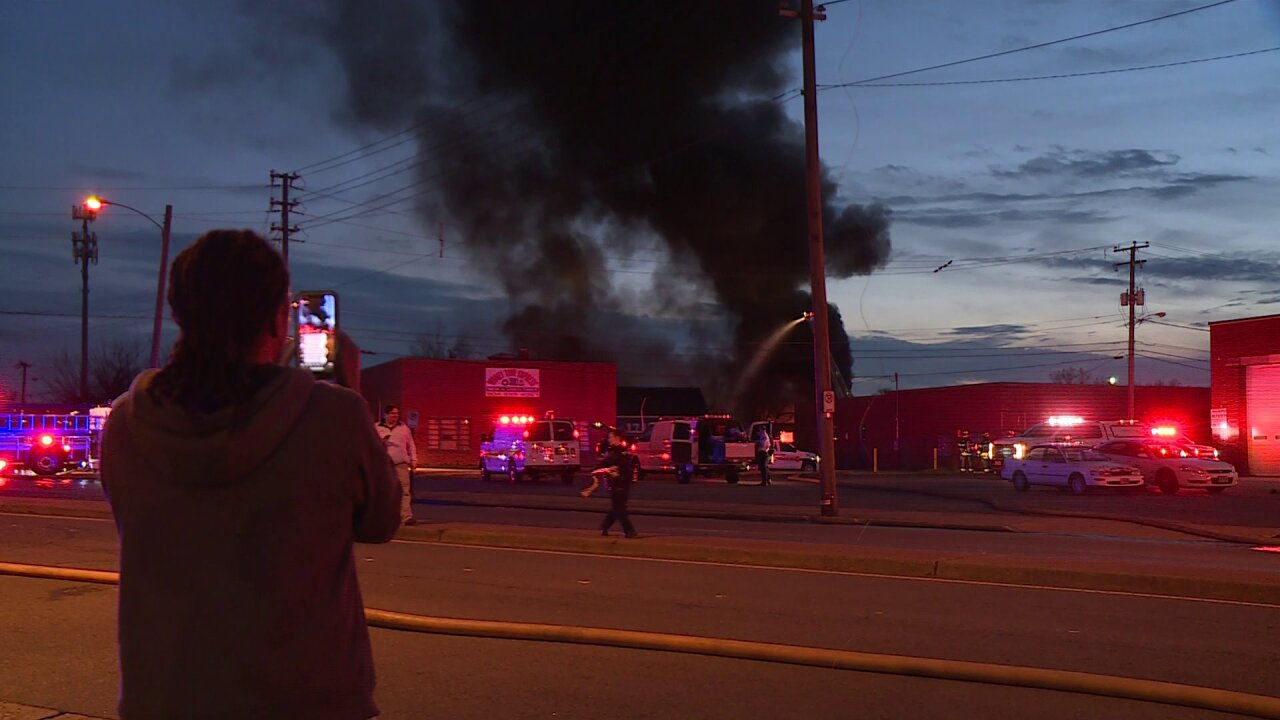 RICHMOND, Va. -- Richmond Fire Department crews and investigators made their way back to the site of a massive Richmond Recycling plant fire in Richmond on Wednesday.

Fire crews wereh stationed at the warehouse early Wednesday morning to keep watch of any possibility of the fire rekindling.

Throughout the day, crews also used heavy machinery to move rubble and debris to uncover any hot spots.

The Tuesday evening fire could be seen from miles away from its location at a recycling plant on School Street. Photos and videos showed thick black smoke and flames coming from the intersection of School and Brook Road.

The thick black smoke was the result of tires being burned in the fire, officials said.

Richmond Fire officials said there were no reports of injuries or fatalities in the fire and investigators are hoping to get as much insight into what exactly caused the fire. However, a department spokesperson told CBS 6 that a determination about the cause of the fire could take days, if not weeks.

The fire department said the businesses on the property had shutdown at the end of 2019.

Mathew Appleget, the owner of Materials Management and Recycling, the scrap metal recycling company that was on the property said he and others businesses that had been there moved out by December 30, at which point the electricity was cut off.

He said they had sophisticated security on site when they were there, but was uncertain of what, if any, was around the property after they left.

The property was under new ownership as of December.

The Lawson Companies said it plans to build a 200-unit apartment complex on the site.Their marketing director told CBS 6 they were fully cooperating with the investigation.

On Wednesday, neighboring business owners and workers say they never expected anything like that to happen.

Dwight Perkins Sr., with Money Tires Express, said his daughter called him Tuesday night worried that he was still at work.

"Well my daughter called because she was the first one that seen the smoke. She says there’s a fire down there. I said ‘what?’"

To Perkins' surprise, his building remained safe, something he said he wasn’t too sure of, considering its proximity to the warehouse that caught on fire.

"They were in the process of moving out, I understand. Whether they had finished or not I don’t know," Perkins said on the business at the center of the blaze.

In the meantime, he’s hoping that crews can figure out what happened within the next few days.

"I’m grateful to the City of Richmond and the fire department for them responding to the fire and being able to keep it under control... cause a lot of times you see fires and it also effects the building next to it... and by me being so close or approximate to that building, it makes you wonder," said Perkins.

CBS 6 also spoke with the Virginia Department of Environmental Quality (DEQ) about the fire.

A spokesperson said they had no record of any violations at the site.

They added DEQ was on site on Tuesday monitoring the air and water quality alongside City of Richmond agencies and said there were no concerns about either.

They said DEQ Pollution Response and Hazwaste staff returned to the site on Wednesday to “assess what waste materials were left and to gather information concerning who would be completing the cleanup.”

They added the DEQ will coordinate with the current property owner during the cleanup.