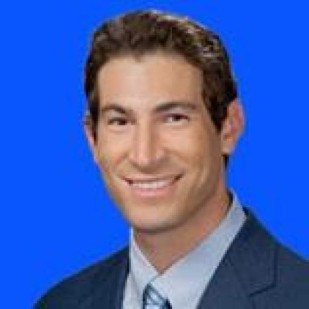 I can think of few, if any, professions other than journalism in which a person’s perspective, knowledge, and capacity for growth and development are challenged more consistently on a day-to-day basis.

I love being a journalist.

My job means telling the stories in our community that need to be told. It means holding authority figures accountable for their actions, asking the right questions and investigating the appearance of impropriety. And perhaps, most importantly, it means providing a voice to those who otherwise wouldn’t have one.

I am a product of the people I meet and the experiences that I share, and for this opportunity I am grateful.

For nearly four years, I’ve lived in Richmond and held many roles at CBS 6- morning reporter, general assembly reporter, 5 and 5:30 p.m. anchor. Now I sort of perform a combination of those duties, reporting on politics and business-related stories during the day and anchoring our 5 and 5:30 p.m. newscasts at night.

While I grew up in the Northeast part of the country (my New York roots might earn me the designation, ‘Yankee,’ in some circles), I’ve spent enough time in Virginia to consider myself an honorary Virginian.

Prior to arriving at CBS 6, I worked for 18 months at TV3 Winchester, an ABC-affiliate nestled in the northern pocket of the Shenandoah Valley. While at TV3, I reported on political and legislative matters, as well as economic stories and events important to the community.

In a relatively short period of time, I’d like to think I’ve seen some pretty remarkable things in this state: presidential campaigns, historic budget cuts, flood waters that deluged waterfront properties, snow storms that overwhelmed Richmond (though, truthfully, Richmonders aren’t exactly known for their winter toughness), the biggest earthquake Virginia has seen in a century, Hurricane Irene- an event that snarled streets and uprooted homes, and most recently the fight for fair treatment and care of Virginia’s disabled population.

This latter subject, the care of people with intellectual and developmental disabilities, has given me a new vantage point on my own life and emboldened me to think that what I report on *can make a difference in the lives of many.

As far as my educational background, I bleed purple and white (except when it comes to basketball because my alma mater stinks). I received my bachelor’s degree with a major in English from Northwestern University in Evanston, IL. I also have a master of science in journalism (MSJ) from Northwestern’s Medill School of Journalism.

I still frequent Chicago and New York often, as that’s where most of my family lives. But yes, Virginia is home!
I welcome your story ideas, and feedback.