Complete coverage of Coronavirus in Virginia 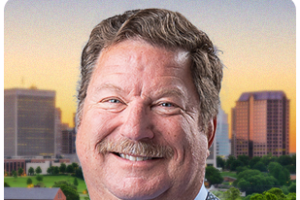 Wayne Covil is the Senior Reporter at WTVR. He joined WTVR in December of 1992, when he opened up the stations Tri Cities Bureau in Petersburg.

Wayne is also what is referred to in the industry as a one man band. Wayne videotapes, writes and edits his own stories.

In July of 2001, Wayne became Senior Reporter for the station and while he continues to cover the Tri Cities, he also covers much of Central Virginia.

An active member in the community, Wayne has served on various boards and commissions since 1992.
He’s a past member of the Tri Cities Salvation Army Advisory Board, past secretary for the Colonial Heights Local Emergency Planning Committee. A former member of the Public Information and Education Committee, a sub-committee to the Commonwealth’s Emergency Services Advisory Board.

He is also a former member of West End Baptist Church where he served as Chairman of the Property & Space Committee, A Deacon and a weekly usher.

Wayne is a 1987 graduate of Campbell University in Buies Creek N.C. with a BBA in Business Administration.

In 1994, Wayne won a Virginia Associated Press Award for his year long reports on the 1993 Tri Cities Tornado and its aftermath.

Wayne joined CBS 6 after four and half years as the Jacksonville Bureau Chief for WNCT-TV 9 in North Carolina.