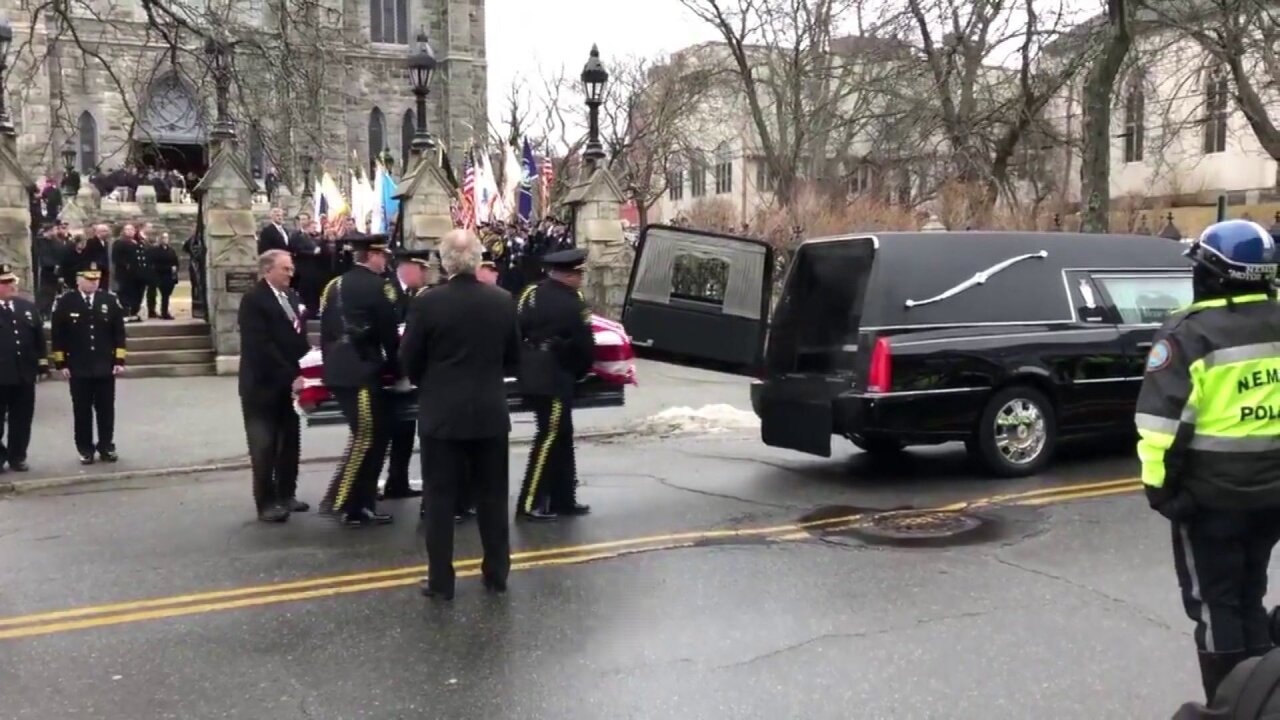 People who did not know her also attended, wanting to pay their respects. Members of the Newport News Police Department were in Lowell including Police Chief Steve Drew.

“It is a heartfelt loss from the East Coast to across this country,” Drew told WBZ. “She always had a big smile and she was loved.”

The death of Thyne was a loss to the law enforcement community, Hampton Roads and her family. It was also a loss for her hometown where neighbors recalled her character.

“Katie was a fantastic person. Her family meant a lot to her,” Lisa Toohey, a Lowell resident, said. “She always had a big smile and she was loved.”

Another attendee was Karen Ware, also a Lowell resident. She said it was “amazing to see the brotherhood” as she held back tears.

“My dad was a policeman for 32 years so I have a connection to the police,” Ware said. “It’s sad. Very, very sad.”

Officer Thyne joined the Newport News Police Department just under two years ago. She was killed on January 23 when she was dragged by a car during a traffic stop.

She leaves behind her two-year-old daughter, fiance, as well as friends, and a community that cared deeply for their hometown hero.

“She had her whole life in front of her. It was her dream,” Barry Ware, another local resident, said. “Get’s on the force, and then it’s utterly disastrous.”

In Newport News, the police car-turned memorial still remained outside of police headquarters. More flowers, notes, and tributary items were placed on the car since the car was placed there. People still appeared on Saturday to show their respects to the officer.

A verified GoFundMe account for the family of Officer Thyne has raised nearly $9,000 of its $3,000 goal as of Sunday night.