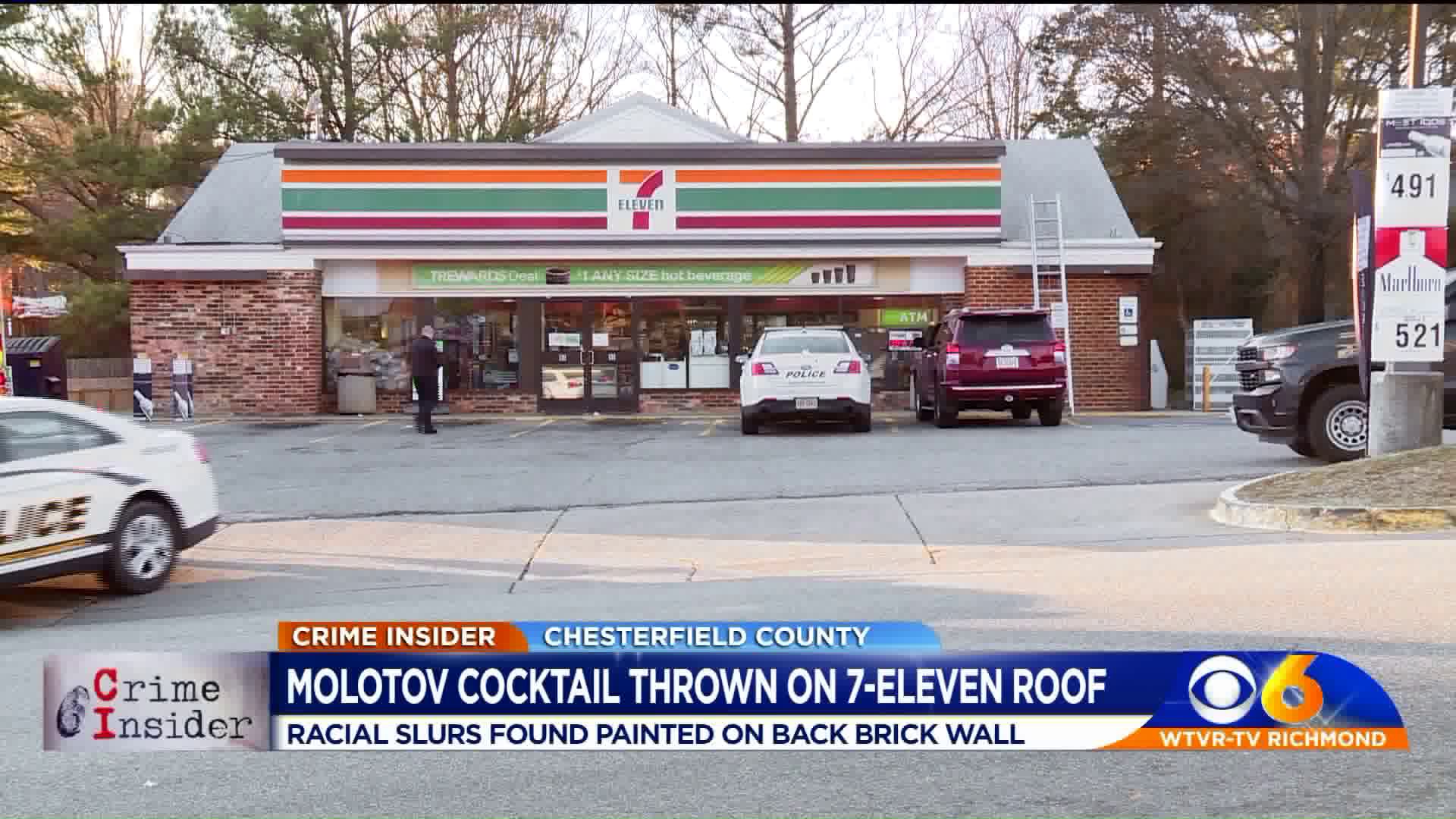 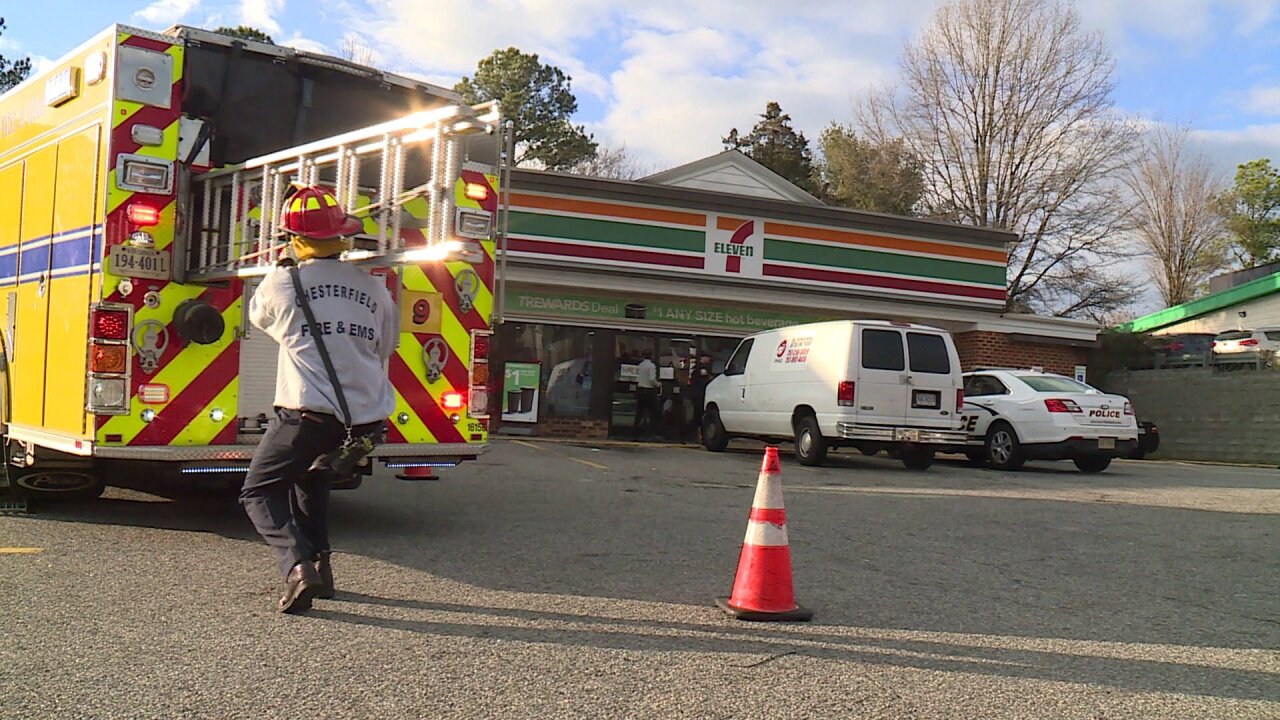 CHESTERFIELD COUNTY, Va. -- A man working at a Chesterfield 7-Eleven says a neighboring business alerted him that two teens had thrown a fire bomb on his roof.

There’s now a charred spot on the roof of the convenience store at Arch Road near Midlothian Turnpike. A bottle filled with an accelerant was found near the back fence.

Racist graffiti was sprayed on the back brick wall.

"It's scary to think that this is a neighborhood store,” a neighbor said. “This is where we go to shop and I know the owner; he's a great guy and the fact that that type of hatred is this close to home is very disturbing."

Police were called around 3:30 Tuesday afternoon and quickly firefighters and two fire marshals were also on scene.

"There was some charring to the building and obvious damage that could've progressed much farther,” said Chesterfield Battalion Chief C. Knowles. “The materials used leaves potentially a trail of fire behind."

Drive Time employees working up the hill alerted authorities. Luckily, the fire did not spread.

People who live in this area and frequent the store say they will not be intimidated.

"People like that want you to be fearful,” said Angela. “They want you to back down. I want them to know. No we are not and I support the owner of this store and I'm so sorry it happened.”

CI sources confirm that at least one teen has been questioned.

The fire marshal’s office and police are engaged in a joint investigation.