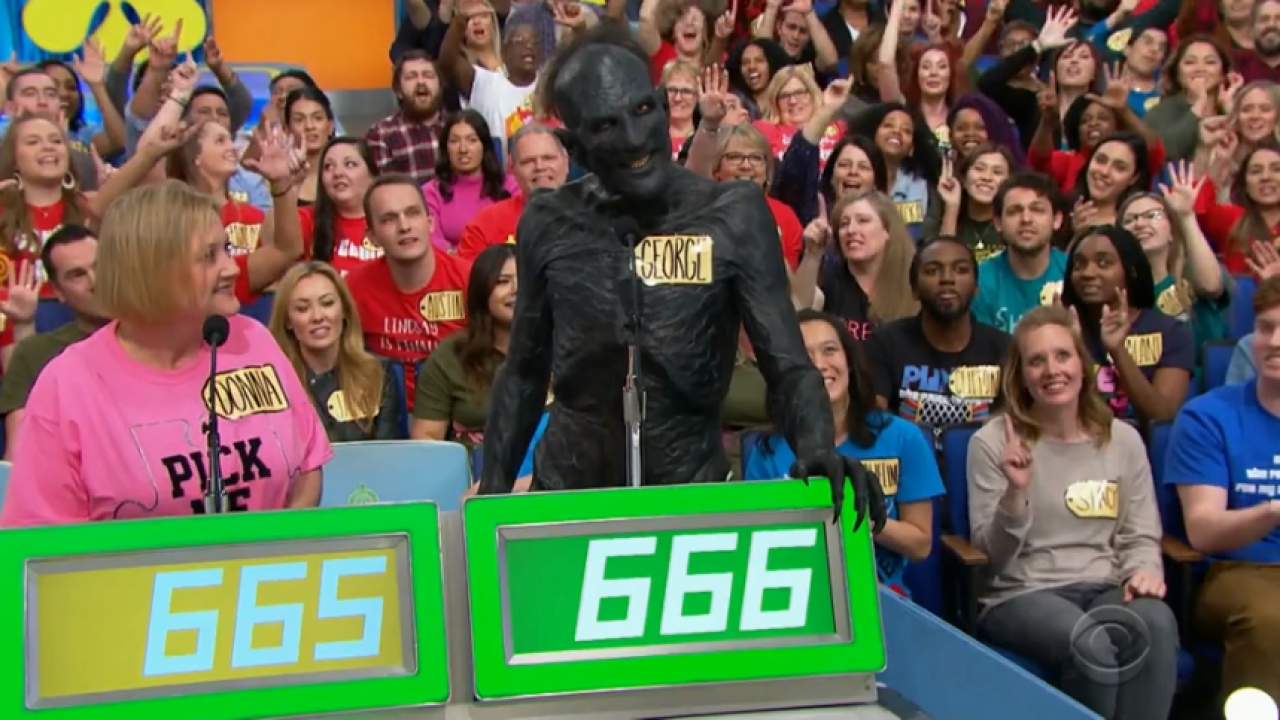 A contestant dressed as a black demon appeared to make an appearance on the “The Price Is Right” Monday and Tuesday, causing confusion for viewers and sparking questions on social media.

The demon was on the set of the game show and bid $666, which is commonly associated with Satan and known as the devil’s number.

It turns out, the demon was actually part of a commercial and an advertisement for the CBS show “Evil.”

The ad appeared after a commercial for “Evil” promoting its season finale Thursday at 9 p.m. on CBS 6.

The demon is a character on the show named George. The ad appears to be the “The Price Is Right” returning from commercial break. Drew Carey and contestants are on the set of the show.

The ad then cuts to black and shows a behind the scenes shot of “The Price Is Right.”

@PriceIsRight did anyone just see that demon on the price is right? What’s up with that?