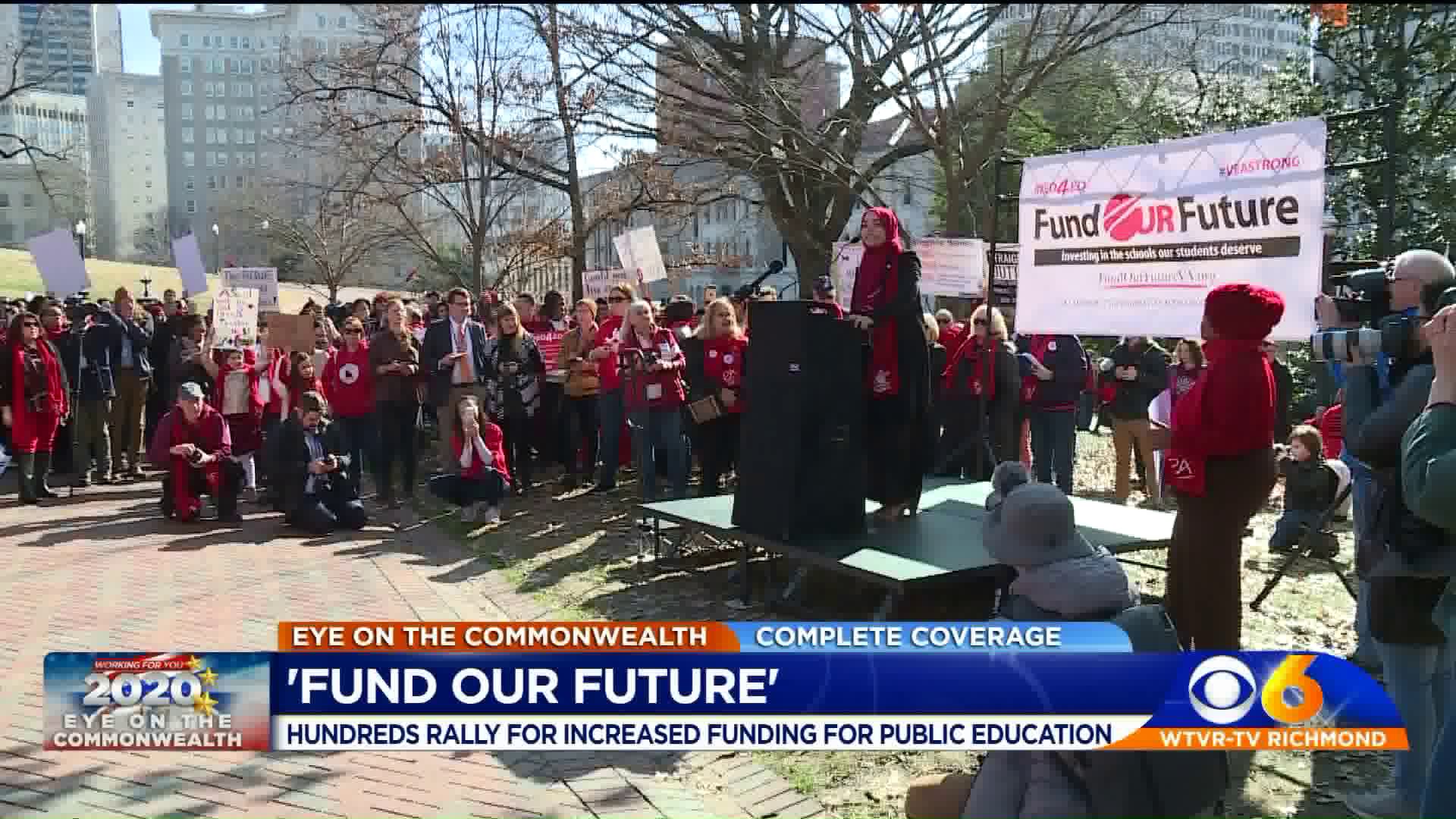 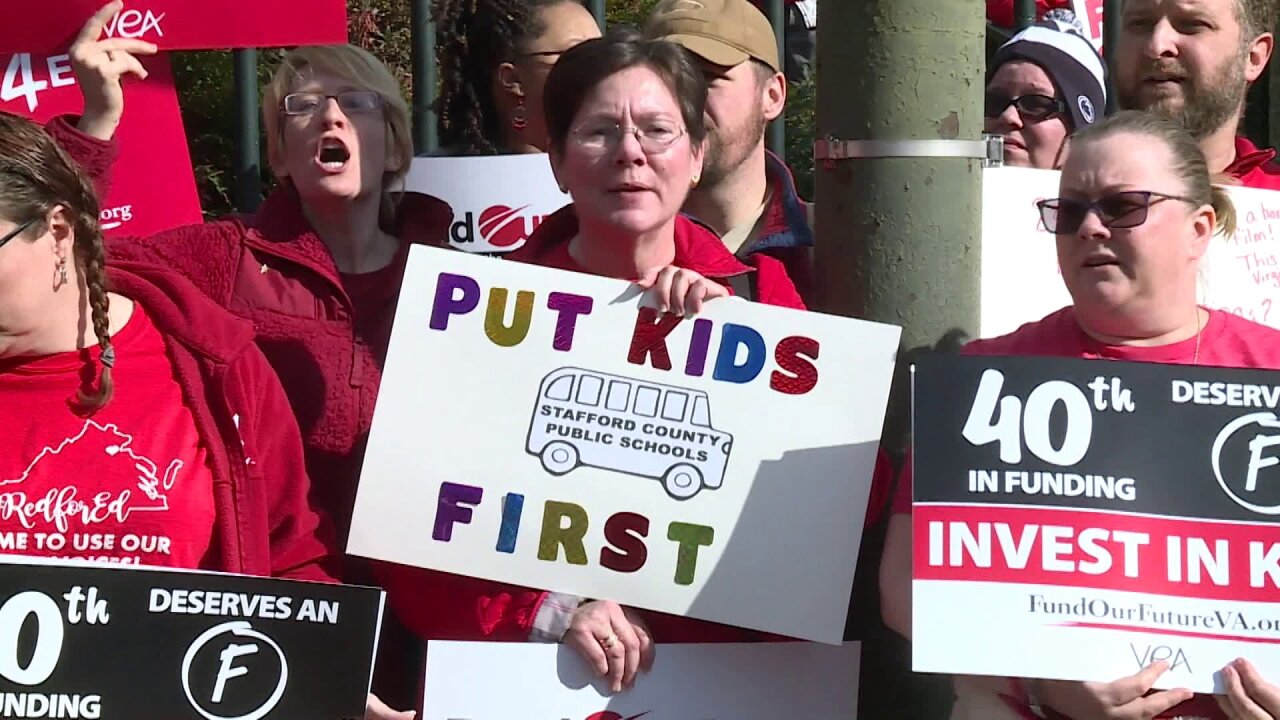 RICHMOND, Va. -- Between three RPS career and technical education teachers standing under the same tree at the State Capitol Monday, there were nearly 100 years of teaching experience.

Elaine Johnson-Macon, Charlene Alexander-Taylor, and Charlotte Hayer joined hundreds of educators and parents from across the state calling for more education funding.

“We stay in this fight. We love teaching; we love what we do,” said Johnson-Macon, who teaches at Armstrong High School.

“It’s unreal to me. You’re always on the teachers about the performance of our children, but you don’t give us what we need to help our children,” said Charlotte Hayer, a teacher at Richmond Community High School.

The Virginia Education Association (VEA) said Virginia ranks 40th in the country in direct pupil aid, which is down an estimated eight percent since the recession when adjusted for inflation. The Commonwealth ranks 32nd in teacher salary, lagging $8,500 behind the national average, the VEA said.

“It is time, it is time, it is past time to fund our future!” said Jim Livingston, VEA President, at a rally at the Capitol Bell Tower. “We know that when our communities have quality education, everyone benefits.”

Education advocates are calling on the General Assembly, which is in the process of amending Northam’s budget proposal, to fully fund new Standards of Quality laid out by the Virginia Department of Education and increase the teacher pay raise to five percent.

“Let’s try funding our schools for once, and not robbing Peter to pay Paul. Don’t give us something here if it means you’re taking something from this side,” said Adam Evans, a Chesterfield educator.

“Education is one of Governor Northam's absolute top priorities. That's why 38% of all new spending in his budget goes towards education, more than any other issue area,” said Alena Yarmosky, Press Secretary for Governor Northam. “His budget includes historic levels of funding to support Virginia's most vulnerable students, including funding to hire additional school counselors, support English language learners, and a 50 percent increase to the At-Risk Add-On program to support high-need students -- the largest increase to this program in history.”

Yarmosky said the Governor continues to work to increase teacher pay, and pointed to the 2019 five percent pay raise, which was the largest single-year raise in 15 years. Under Northam’s budget, the additional three percent raise would increase teacher pay by eight percent in the next three years, she said.

Both measures would cost the state millions of dollars, but McClellan said new state tax revenue sources could help offset the costs.

“We are going to look at every option to see where we can shift priorities and some of the new funds coming in, how we can use them as well,” McClellan said.  “We’ve got a ways to go on that, but we are committed to getting it close if not all the way.”

Johnson-Macon, Alexander-Taylor, and Hayer all said if Virginia continues to lag behind other states in funding, fewer and fewer teachers will stay as long as they have to the detriment of Virginia students.

“You need to do the right thing and put your money where your mouth is. Because everyone knows that wherever your money is, that’s where your heart is. So, show us,” said Hayer.

Democrats and Republicans have introduced hundreds of amendments to the Governor’s budget and will consider them in the coming weeks.