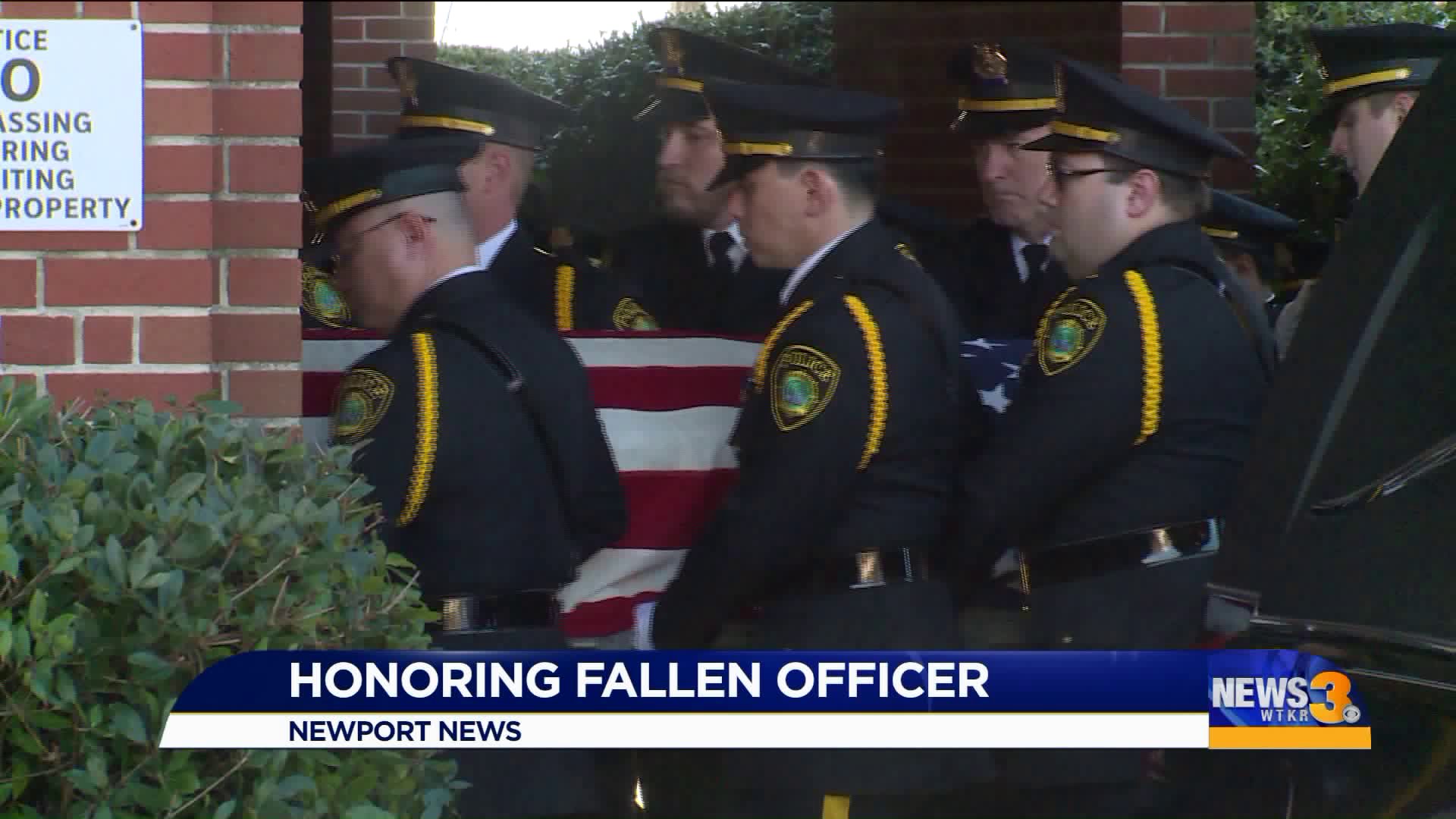 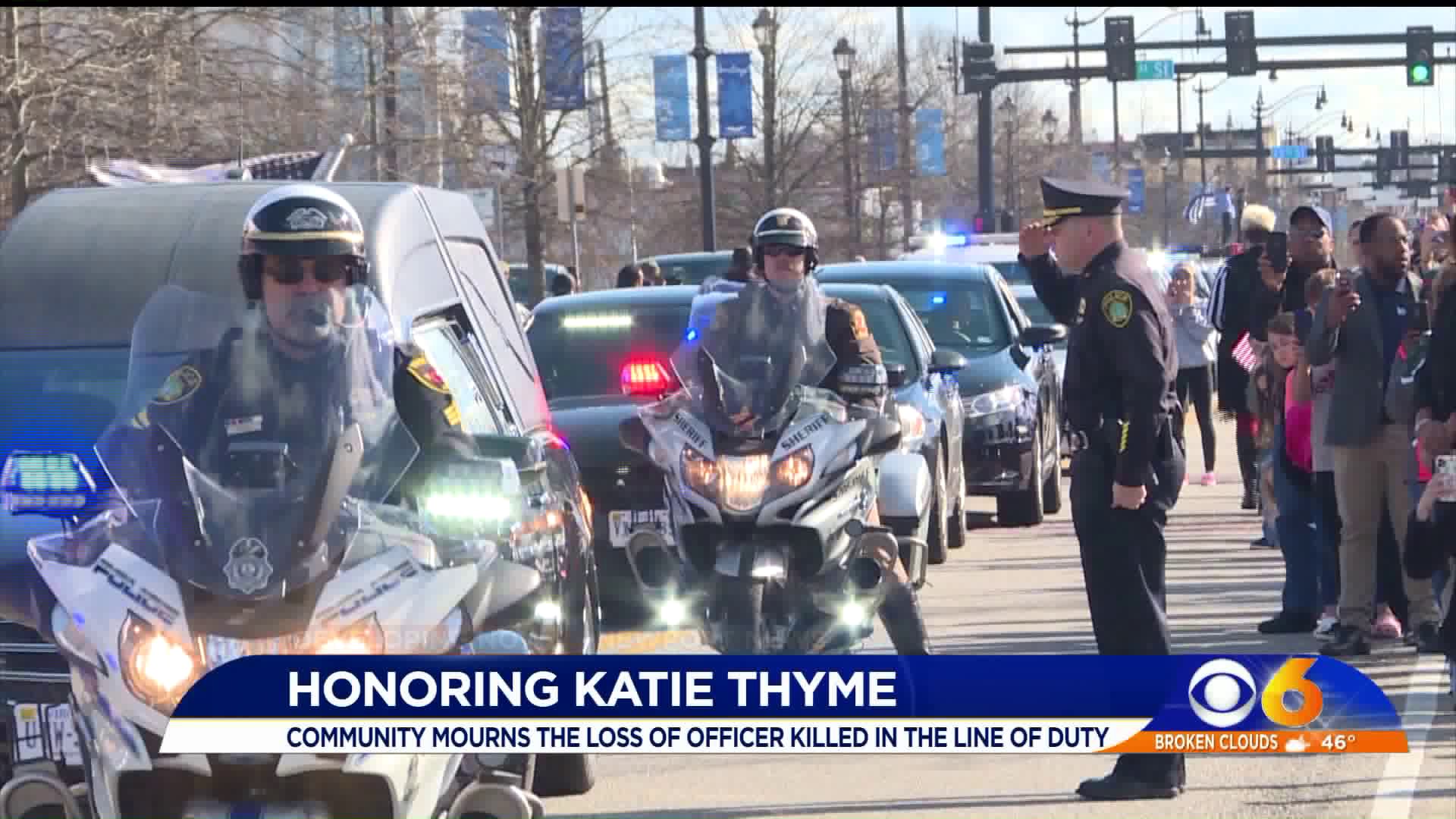 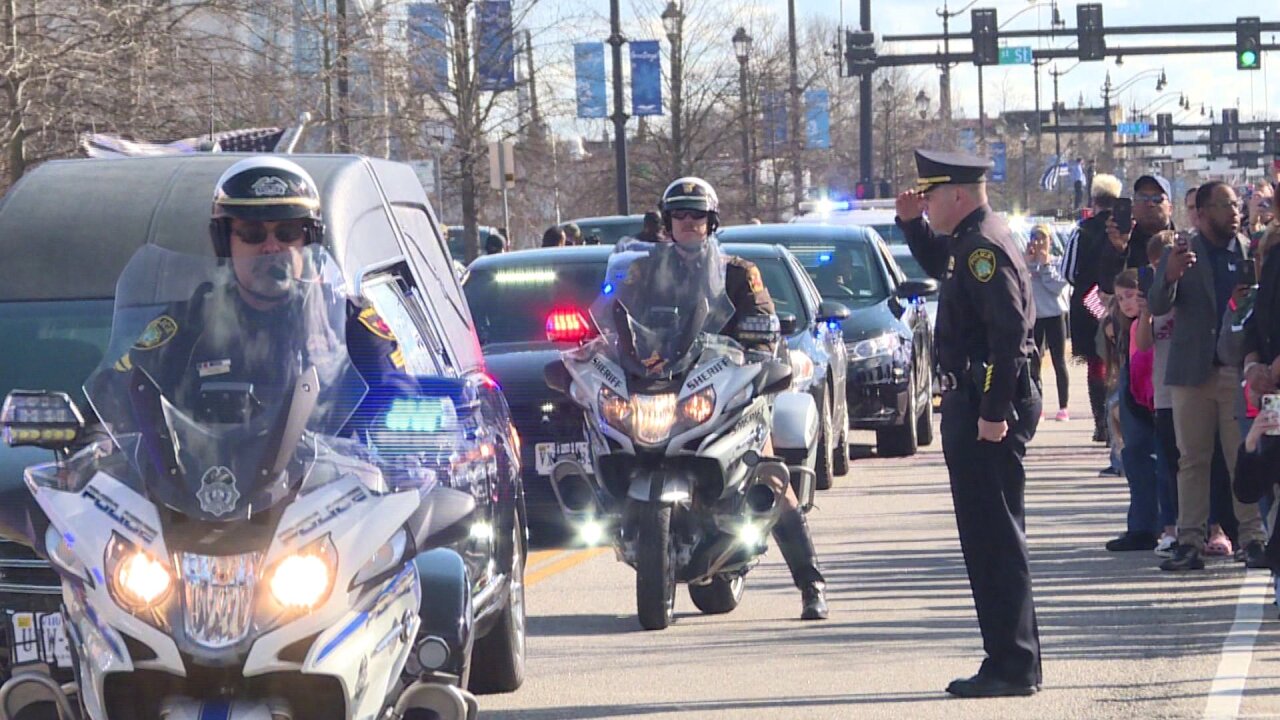 As the procession approached the department's South Precinct, it made a brief stop as the hearse carrying her casket stopped right in front. Police Chief Steve Drew approached the hearse and knelled for a moment. He then stood and gave the hearse, and Thyne, one last salute, WTKR reported.

"It literally broke my heart, to hear my daughter calling me hysterically because one of her coworkers have passed," Peggy Evans said. "It’s even more heartbreaking at how it happened."

Evans' daughter, Kinesha Shultz, is a Newport News police officer. Evans said she is like a mother to a few other officers, but for Shultz, Thyne was her sister in blue.

"I remember her (Thyne ) when she first got here, when she was in FTO training," Shultz recalled. "I remember having a few conversations with her. She’s one of us, she’s our sister."

A sister to her, but a role model for cadets such as Caitlin Bollhorst. She became a Newport News police cadet who started with the police academy on Thursday, the same day Thyne was killed.

"It’s very tragic. I put myself in her shoes, we are the same age," Bollhorst said. "My nickname is 'Katie' as well, so it’s very close to home and I just feel for her."

Regardless of what happened that Thursday night, she's not second guessing her decision to be an officer. Bollhorst said her father was a police officer.

"It definitely motivates me. I have no second thoughts, I’m still on the path that I want," Bollhorst said. "We are family right off the bat."

Bollhorst said she will be in the academy for almost six months and is expected to graduate in July. As for Evans, while she said this could have been her daughter, she stays strong and confident with her faith.

"My faith in God, you know, I just pray for her protection and I leave it there with him," Evans said. "My faith is what keeps me going."

Saturday's events were simply a procession. At this time there are no plans for the funeral, as per an email from the Newport News Police Department.