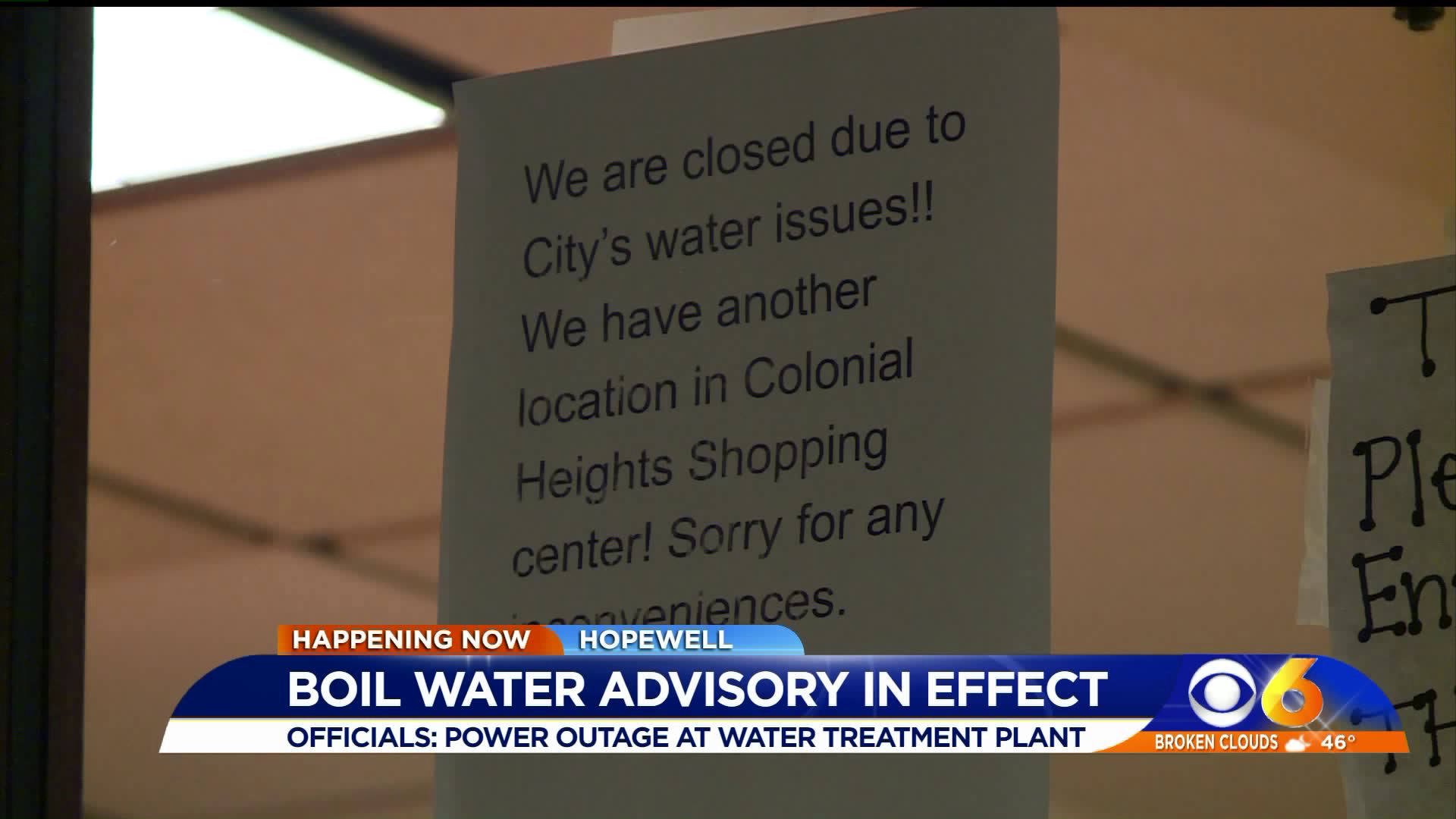 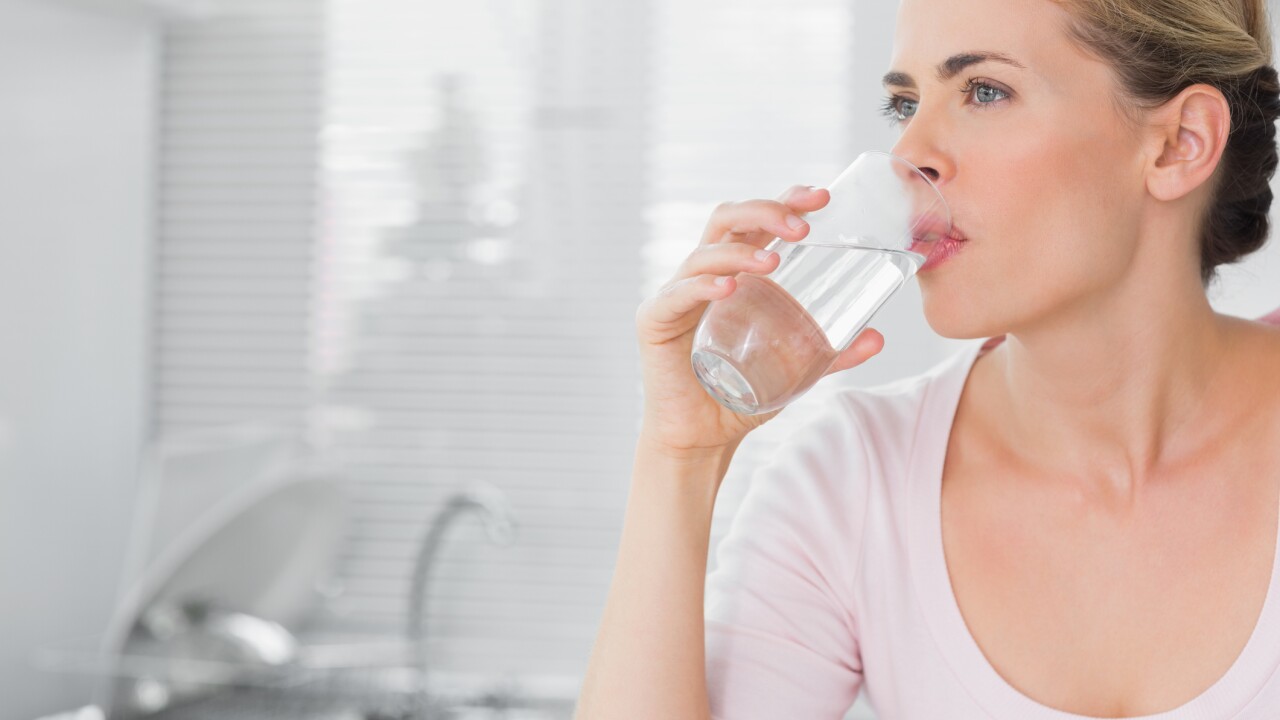 HOPEWELL, Va. -- The Hopewell Health Department urged residents and restaurants to comply with the boil alert until "water quality is restored" after city officials issued the order for Hopewell and some Prince George County subdivisions Saturday afternoon.

The health department urged residents to follow these safety practices:

Officials warned that restaurants and food vendors "must comply" with the following safety practices:

The boil order caused some businesses, like the Shrimp Shack, to close Saturday.

"We are closed due to City's water issues!!" a sign posted Saturday evening at the location read. "We have another location in Colonial Heights."

"We were getting ready to shut down and then had a bunch of people come in," said Thomas Hughes, who owns the Main Street Cafe.

Hughes said staffers noticed something was wrong early in the afternoon.

"Before the notification came out, we noticed the water pressure kept going down," Hughes recalled. "Then we talked to some other people in the building and they said the same thing... Then we found out some other places were having the same problems."

As a result, Hughes stocked up on bottled and spring water to try and keep his cafe open.

"[We've had] people calling, wanting to know if we were open, so that's why we stayed open," Hughes said. "It's a little inconvenience, but we've managed." 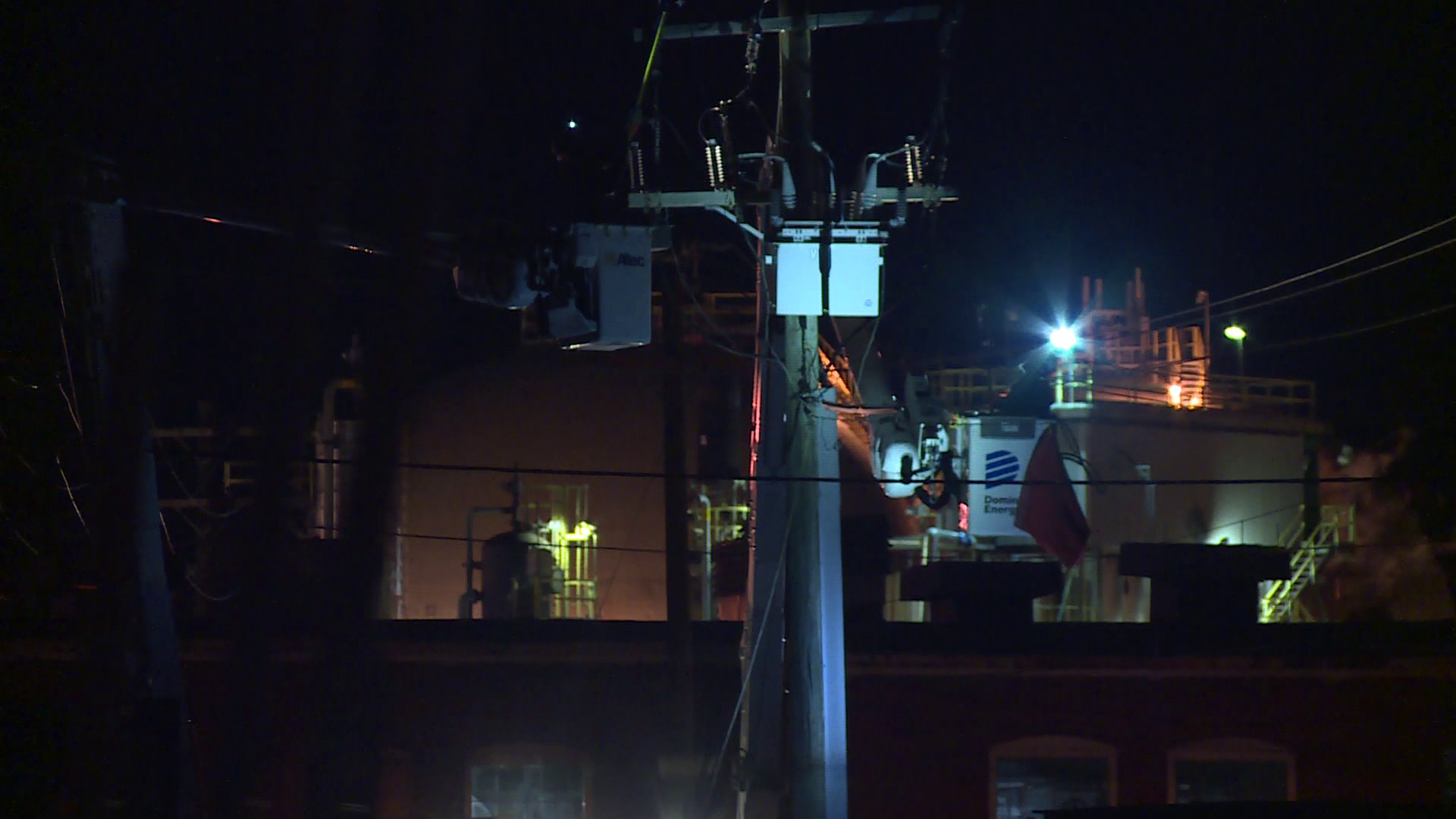 "Impacted customers should bring tap water to a rolling boil for one minute and allow cooling before using for consumption, drinking, making baby formula, ice cubes, washing vegetables and fruit, and for brushing teeth," officials said.

Officials warned that while residents may start seeing an increase in flow and pressure, they should continue to boil their water as the order will likely be in place for at least 30-40 hours.

Additionally, water company officials urged residents to conserve and reduce all "non-essential water use," like laundry and car washing, until further notice.

Less than two years ago, a burst pipe at the Hopewell water plant on Easter of 2018. That prompted a similar boil advisory that lasted two days.

#HOPEWELLVA: Due to the lack of water pressure, boil water advisory in effect as a precautionary measure only for residents in the City of Hopewell, and subdivisions of New Birchett Estates, Cedar Creek, Cedar Creek West, Strattford Woods & Mullberry Woods in Prince George County pic.twitter.com/8ipoffZxvJ

Officials said bottled water is available for impacted residents and can be picked up at Hopewell High School (400 S. Mesa Drive) from 9 a.m. and 5 p.m. Sunday.

Additionally, Hopewell Public Schools officials said school was cancelled for students on Monday because of the boil order.

However, officials said that teachers and staff should still report to work as Monday will now be a teacher workday.