UR basketball player on racist graffiti at dorm: ‘People need to know about what’s going on’ 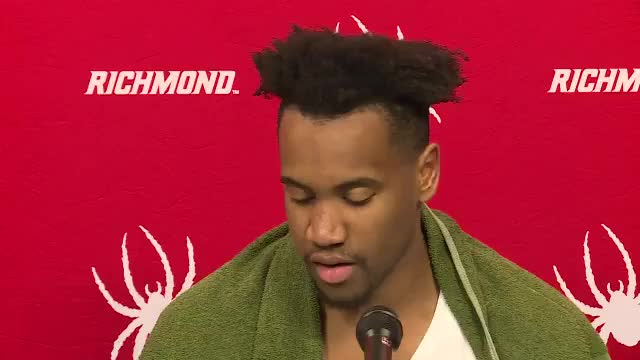 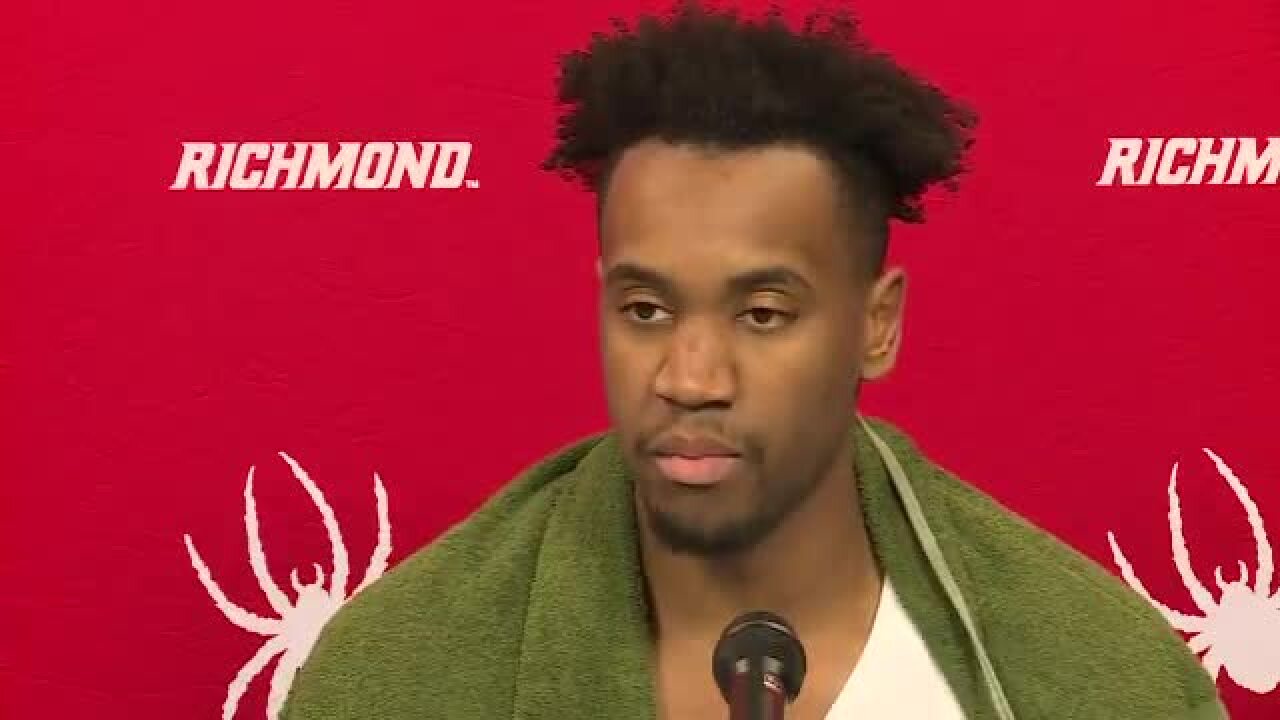 RICHMOND, Va. -- University of Richmond basketball player Nick Sherod spoke out after Saturday's game following a report of racist graffiti found on a student's door at the school Friday morning.

The Collegian, the university's student newspaper, reported that the incident happened at Marsh Hall when a freshman found a racist epithet written on their door.

The student reported the incident to campus police, according to the newspaper.

Sherod was asked after the game against Dayton his reaction to some University of Richmond students in the crowd at the Robins Center wearing black shirts and holding signs against racism.

Sherod said "some things are more important than basketball" and called what happened on campus "unacceptable."

"And I think sometimes people don't want to intersect sports and social activities, but I don't think that you can do that," Sherod said. "I think that realistically, there's not going to be another time at this school where this maybe going to be at this place. And I think people sometimes want to silence people. They don't want to get that involved in game, but I think that realistically, what happened was unacceptable."

Sherod said what happened sent "an important message" that bigotry "can happen on our campus."

"I think that sometimes people need to know about what's going on our campus. I think that this is just the game, like we have to play on Tuesday, you know, we move on," Sherod said. "Whoever's door that slur got written on, that's gonna be with them for the rest of their life."

Sherod praised the fans who took a stand.

The Collegian reported that University of Richmond President Ronald A. Crutcher sent a statement to the university at 3:40 p.m.

“This cowardly and racist act is profoundly hurtful and deeply offensive," Crutcher wrote, according to the Collegian. "The fact that this occurred on our campus the very week we commemorate the birth and historical legacy of Dr. Martin Luther King Jr. makes this all the more disgusting."

"If I had known that things like this were happening before I came to this school, I would have never came here," one first-year student told the newspaper.