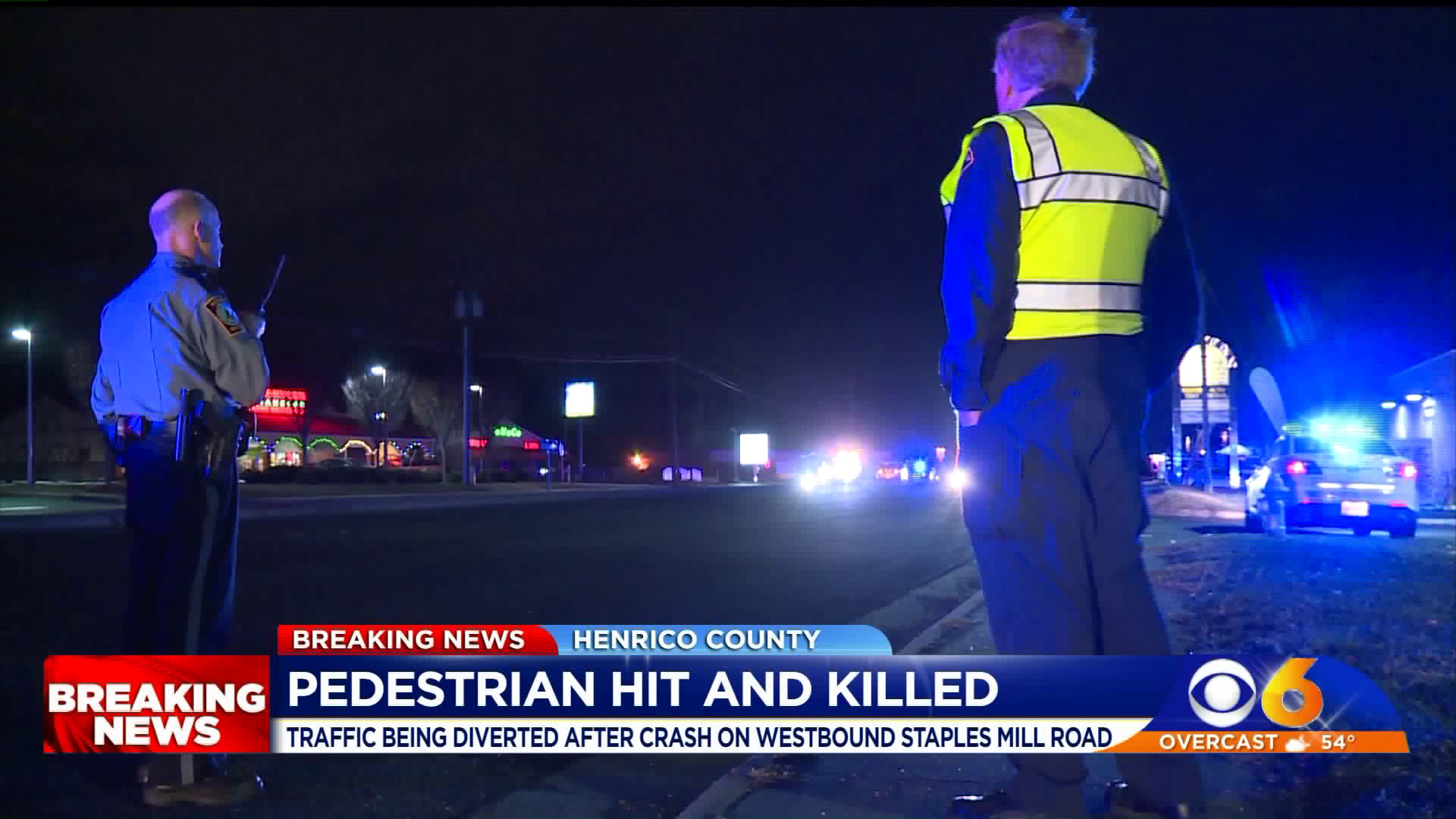 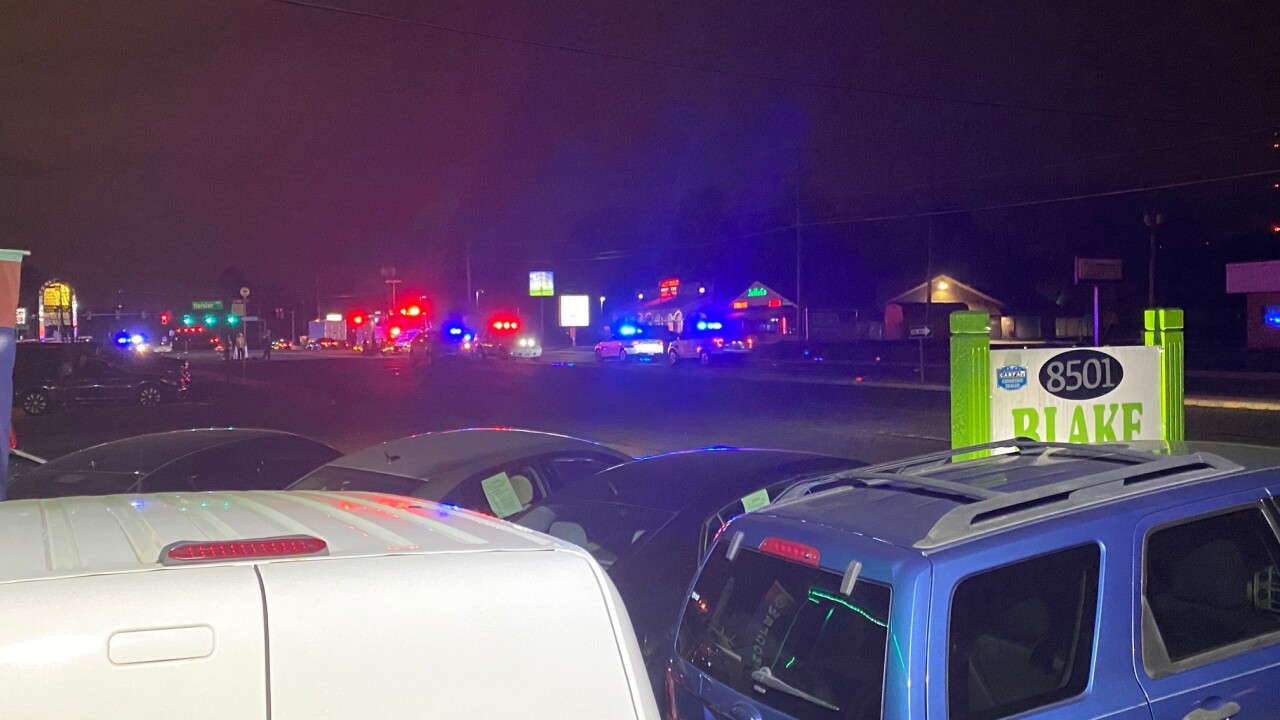 HENRICO COUNTY, Va. -- Police are investigating after a pedestrian was hit and killed along Staples Mill Road Friday evening.

Officers were called to the scene near Heisler Avenue at about 8:17 p.m., according to Henrico Police spokesperson Lt. Matthew Pecka.

"Henrico Crash Team Detectives are on scene collecting details about the events leading up to this crash," Pecka said. "The preliminary investigation reveals a pedestrian was fatally struck and succumbed to the injuries received on scene. Patrol officers remain on scene assisting traffic to safety maneuver around the scene. Additional details to include identity will come as soon as detectives can release the information."

Traffic was being diverted onto Hermitage Road to Sandford Drive to Janway Road, back to Staples Mill Road. Eastbound lanes are not affected.