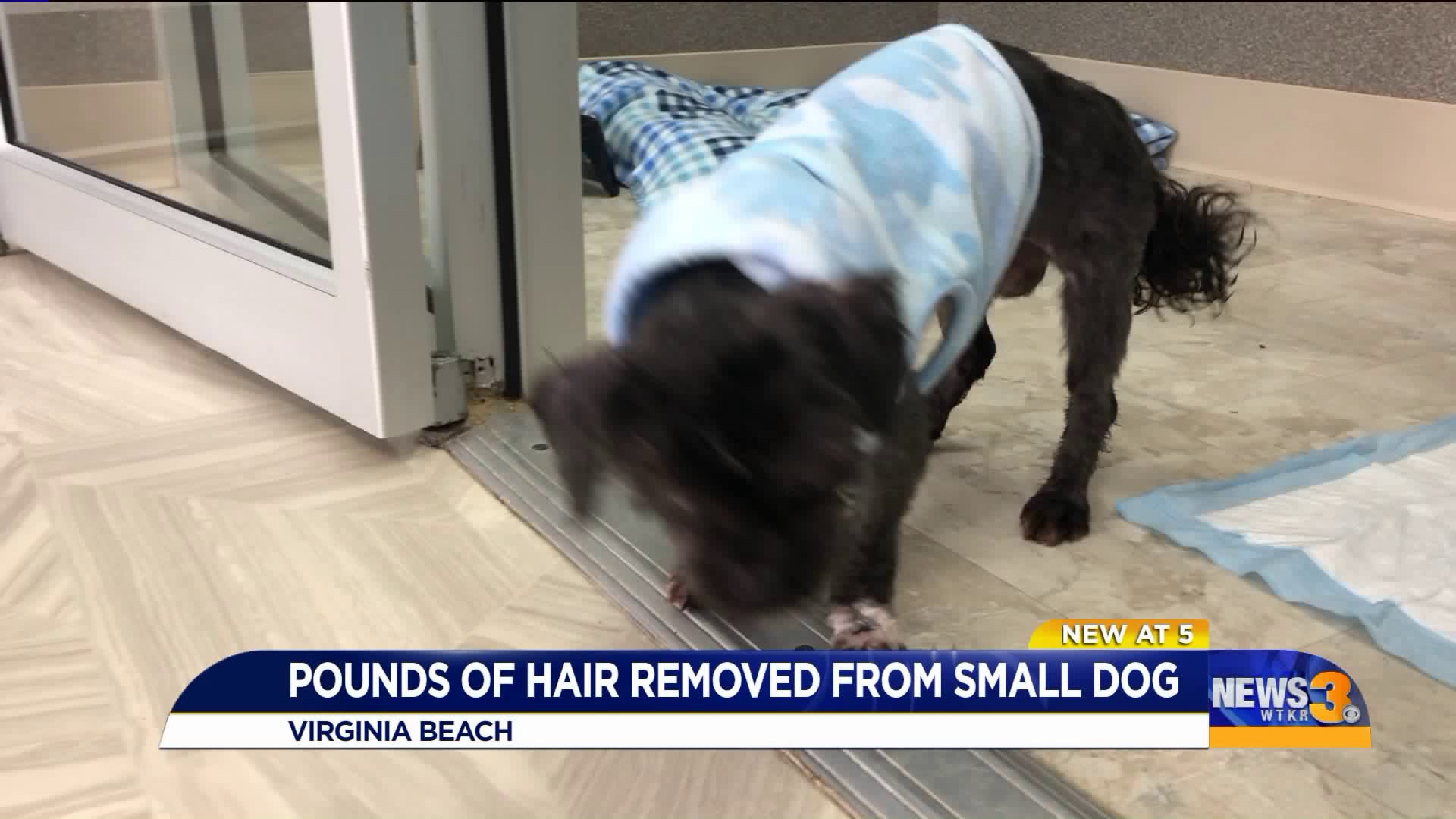 VIRGINIA BEACH, Va. - A Virginia animal shelter removed pounds of matted fur from a Shih Tzu that looked more like a mop than an actual animal.

The newest resident at Hope for Life Rescue in Virginia Beach is Master Roshi, who is believed to be a 17-year-old Shih Tzu mix who was surrendered.

Founder and Director of Hope for Life, Paulina Cushman, said a woman dropped off the dog in a box but refused to provide any information.

Cushman said the dog was so weak he wasn't able to walk or move.

"That didn't happen overnight, and it didn't happen in a short few months. It's probably been well over a year or two for him to get that bad," she told WTKR.

Master Roshi was immediately taken to the groomers, where it took about three hours to navigate through nearly 9 pounds of matted hair.

"We weren't even sure he had eyes, he was so bad," Cushman said.

Once Master Roshi was groomed and examined, they found he is blind, deaf and has trouble walking. He later had a vet appointment to check his liver, kidney and other organs.

Cushman said she just wishes they could have gotten to him sooner.

"I don't understand why people don't cry out for help instead of letting the neglect go this far. Anybody would be willing to take and help a dog rather than waiting until it gets this far."

After his exam is finished and his bloodwork is returned, the rescue can determine if he will be available for adoption.

Either way, hopefully, his pain is behind him.

"The minute they walk through this door at Hope for Life, everything changes," Cushman said.