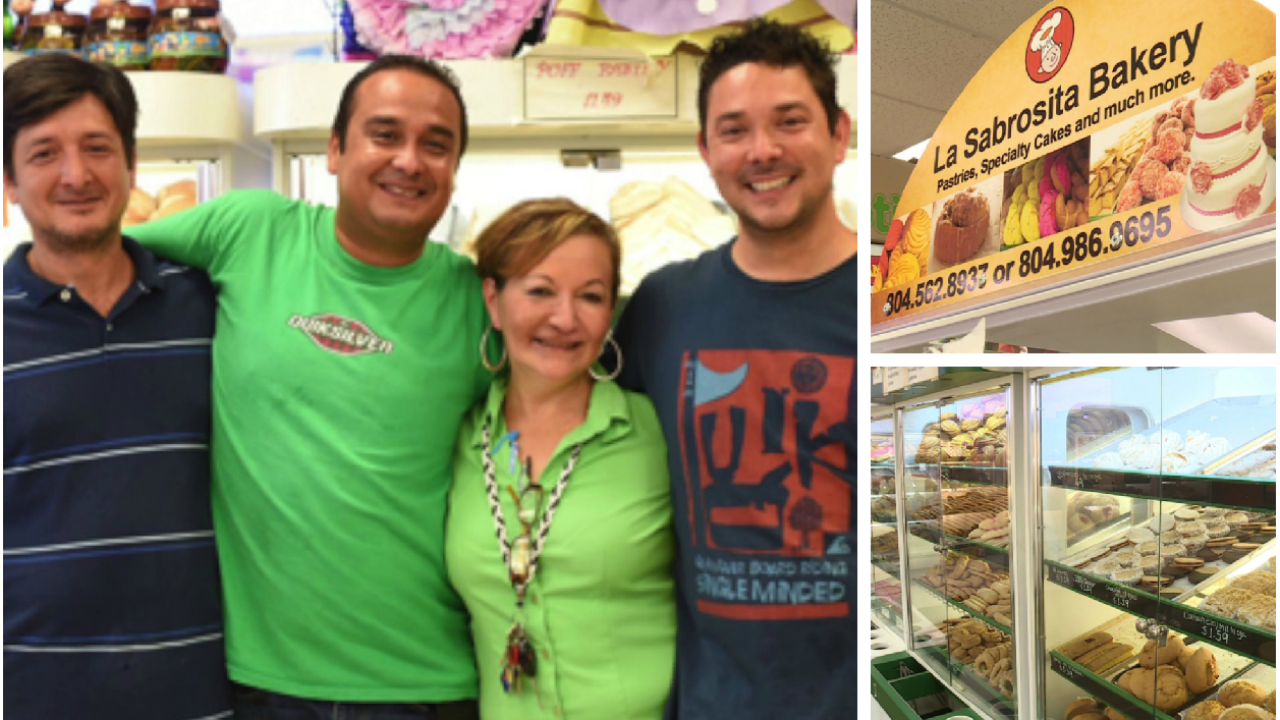 CHESTERFIELD COUNTY, Va. -- With a growing Hispanic population in the Greater Richmond area, CBS 6 learned about a bakery that figured out a way to cater to Hispanics and Latinos from various countries.

They did it through hard work and overcoming adversity.

Eduardo Dawson says he gets emotional when he talks about how far his mom, Argentina Ortega has come from El Salvador, to what she's now built with those closest to her.

"Between all the things that have happened to her you know, she was definitely just showing that the limit is the sky," said Dawson.

"For me, the biggest blessing that I have from God is my family. I am here with them every day," said Ortega.

La Sabrosita Bakery is located in North Chesterfield, just off Midlothian Turnpike. Throughout the day and into the night, they make, bake, and sell Central American, South American, Puerto Rican, and Mexican pastries as well as bread for those looking for a taste of their respected heritages.

We asked Ortega, the owner of La Sabrosita Bakery, what she thinks her bakery means to the Hispanic community in Richmond.

"Well, it's like to bring something from their countries. Just to see the customer's faces. How they come and ask for the bread, and we tell them thank you for coming. They say 'no, thank you for making this bread.' So, that makes us feel good."

When she first started, Ortega baked from her home kitchen, then would drive and sell her goods to local Hispanic markets seven days a week.

She was even able to work while suffering from a major medical condition: trigeminal neuralgia also nicknamed the suicide disease. The trigeminal nerve, located near the cheek, carries a sensation to your forehead, that if irritated causes pain so intense, some people have taken their own lives.

Ortega dealt with that pain for 20 years.

"It's compared to when you are having a baby. The pain comes and then it goes. Then you have a couple of minutes, maybe five minutes, and then again, oh my God! When it was gone, I continued,” said Ortega.

With the help of multiple surgeries, Ortega says she's been pain-free for the last four years. But the strength she showed during that difficult time taught Ortega's three sons Jorge, Eduardo, and Mario Dawson, co-owners of the bakery, that their mom could be an inspiration.

"It didn't even stop her. It was just a very good role model for us for sure," said Eduardo.

It certainly didn't stop her. Ortega and her sons now have a bakery that not only serves locals but also sells its goods to over 200 stores across the Commonwealth, reaching more than just the Latino market.

"We sell to the 7-Elevens, to all the Hispanic stores, some convenience stores, we also have big markets," said Ortega.

Chase Westfall is a customer at La Sabrosita. He shared what makes him always come back for more.

“Just that friendliness, that kindness, with a great quality product, a really inviting atmosphere, it's been quite of a no brainer," said Westfall.

La Sabrosita Bakery is an example of how one store can bring so many cultures to one place. Plus, they do it with what just about everybody loves: bread, cookies, cakes, and pinatas.