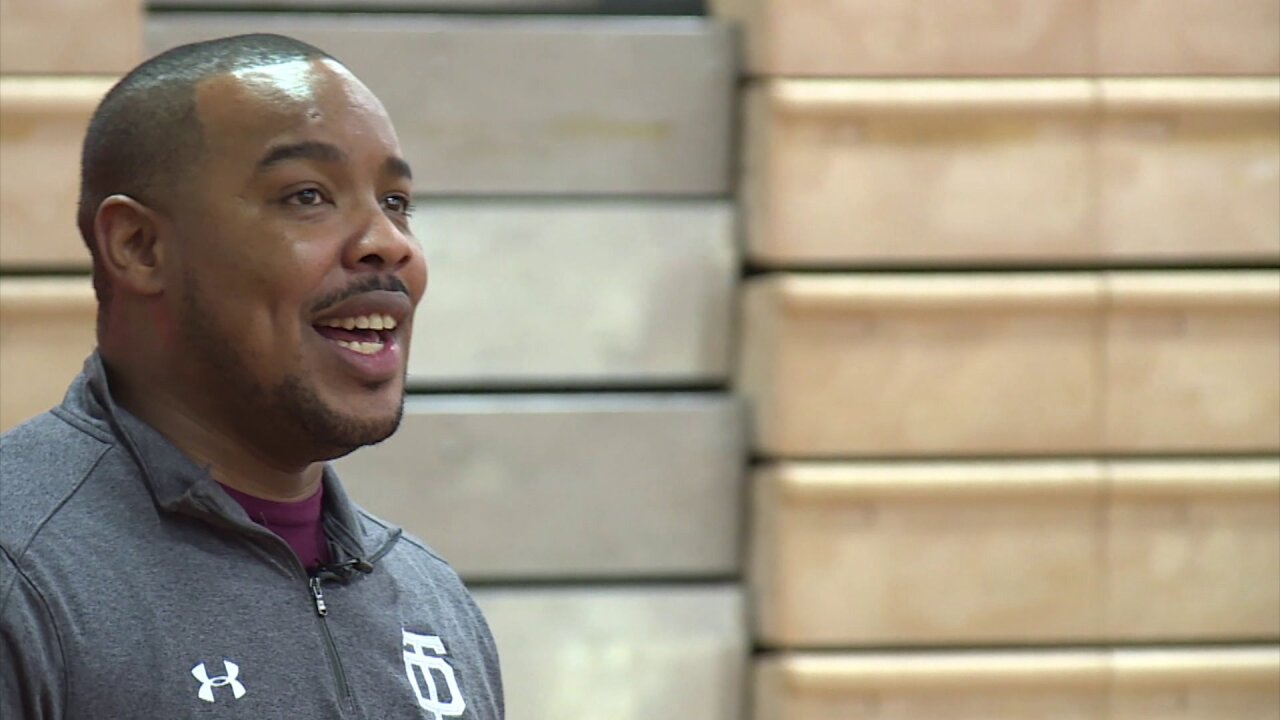 CHESTERFIELD COUNTY, Va. -- When Keyode Rogers was named head boys' basketball coach at Thomas Dale in Chesterfield last year, he inherited a Knights team coming off a season in which they earned just five wins.

Rogers immediately began implementing a style of coaching that has helped transform the entire athletic department.

"We're actually in the middle of changing our culture, and Keyode has been a perfect fit for it," Dale baseball coach and chairman of the school's PE department Scott Hueston said.

"They trust him, he trusts them, and they follow his lead. And he's a lead by example guy."

"He says 'new Thomas Dale' a lot and it helps us motivate ourselves and keep us going."

One of Rogers' first moves was to assign pedometers to all athletes taking part in summer workouts.

Just measuring their activity each day kept the players honest about how hard they worked.

"If they know I'm holding them accountable and I'm holding myself accountable, then they know the work that we're doing means something," Coach Rogers said. "I just want them to know we're trying to bring in a new team-oriented thing. We want this thing to be about everybody and not one person. The phrase is Ubuntu, I am because we are. If one person succeeds we all succeed."

"We were always doing stuff as a team," Dale player Neal Phillips said. "He's always asking if someone had a birthday and he'll be the first one to text you Happy Birthday. Check on you when you're having a bad day. You can`t ask for anything better than that."

And a funny thing has happened, the Knights started to win.

Rogers knows what it takes to win.

He was the point guard on Magna Vista's 1998 state championship team. He also won a ring in 2017 as an assistant coach at L.C. Bird.

"I've gotten a lot of slack for it. My Bird family over there, they understand that this was a move to better ourselves," Coach Rogers said.

"You don't want to like him, but you have to learn to like him. It took a little bit but everything is cool now," Dale player Luke Ogle said.

"We had seen that Bird had been good, so that makes you want to listen," Phillips added.

Rogers credits his mother with instilling a sense of family in everything he does -- the spirit of Ubuntu. If one succeeds, they all succeed.

"He's a genuine guy, a real guy. You can't help but listen, respect and do what he says," Hueston said.

"These are all great kids," Coach Rogers said. "They are probably better players than what they have presented in the past. That makes them great individuals, but that also makes them a great team."

No matter whether it's in school or in the workplace, it's always tough to be the new kid on the block. Especially if you're looking to change just about everything everyone has known before.