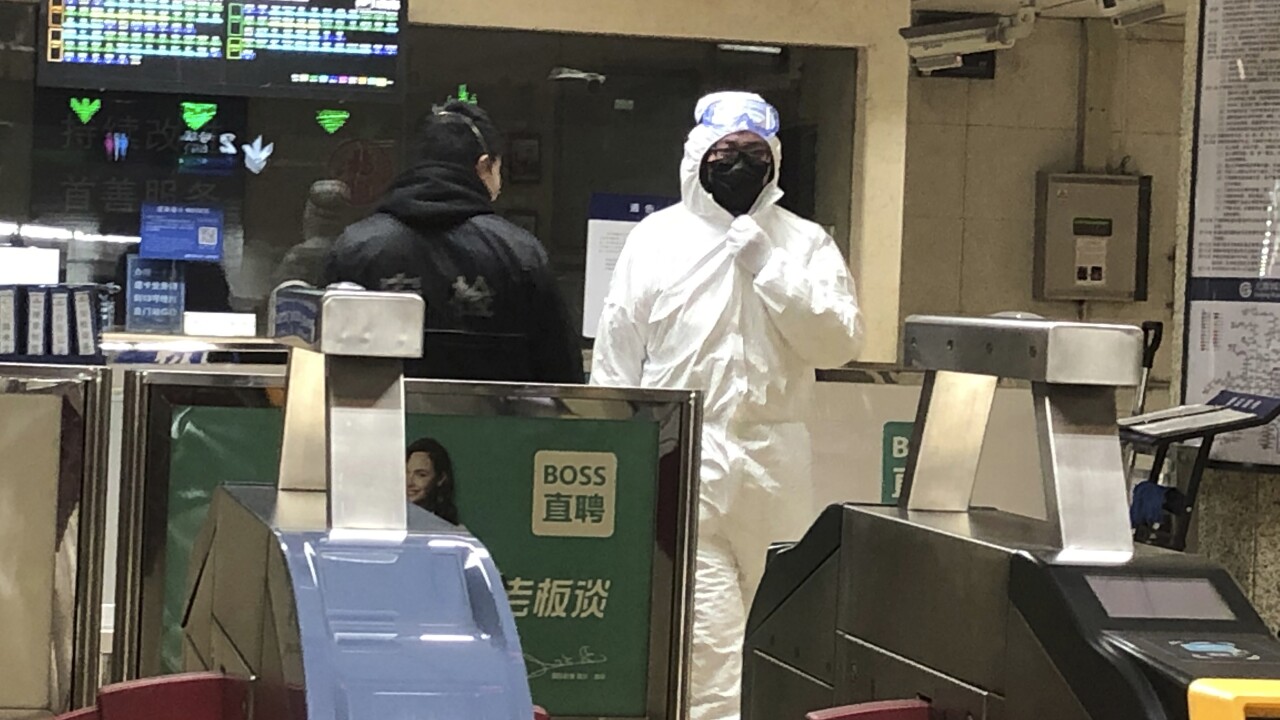 A security officer wears a hazardous materials suit at a subway station in Beijing, Friday, Jan. 24, 2020. China moved to lock down at least three cities with a combined population of more than 18 million in an unprecedented effort to contain the deadly new virus that has sickened hundreds of people and spread to other parts of the world during the busy Lunar New Year holiday. (AP Photo/Yanan Wang)

China broadened its unprecedented, open-ended lockdowns to encompass around 25 million people to try to contain a deadly new virus.

Experts admit, however, that the measures’ potential for success is uncertain.

At least eight cities have been shut down, all of them in central China’s Hubei province, where the illness has been concentrated.

The first death was confirmed outside Hubei, but the vast majority of cases around China and abroad still have ties to Wuhan, the Hubei provincial capital where the illnesses began last month.