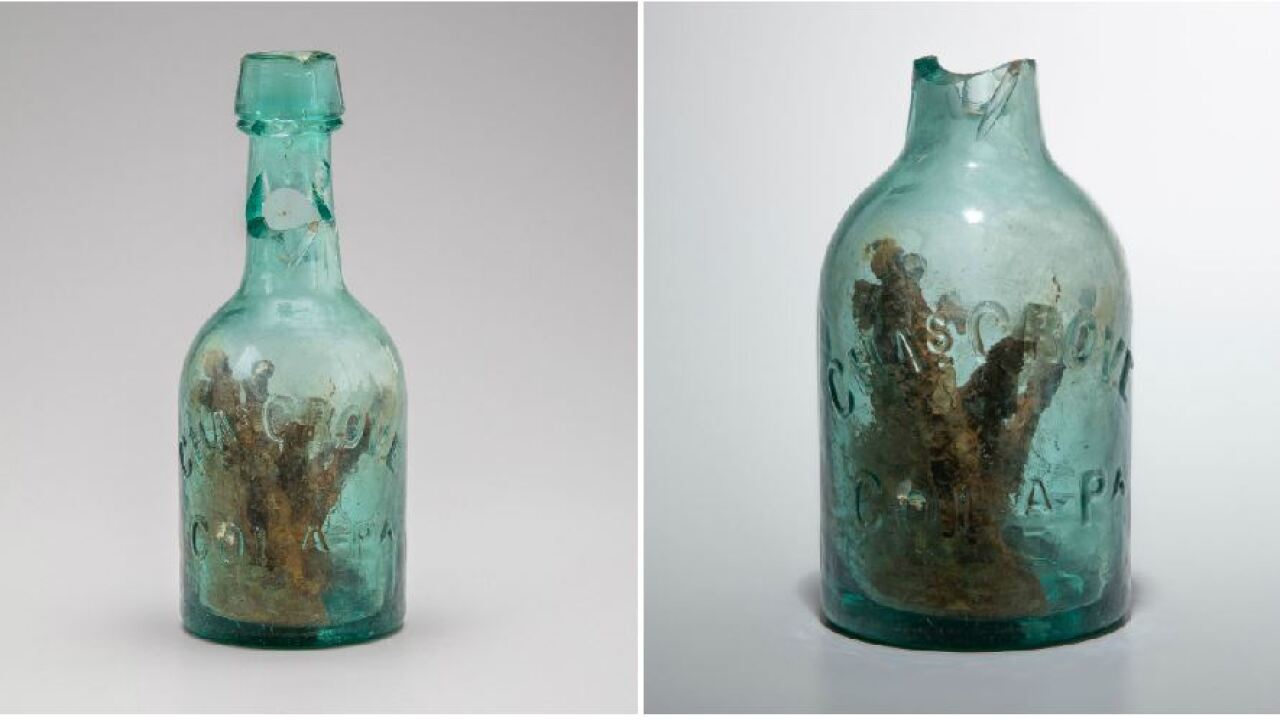 WILLIAMSBURG, Va. -- A glass jug found under the median of Interstate 64 in York County is believed to be a "witch bottle" left by Union soldiers during the Civil War, according to researchers at the William & Mary Center for Archaeological Research.

Archaeologists found the bottle during a 2016 dig before VDOT widen the stretch of Interstate 64 between exits 238 to 242.

"The Union troops were likely tasked with holding and repairing the fortification whenever they had reason to expect Confederate assault," Joe Jones, director of the William & Mary Center for Archaeological Research (WMCAR), said. "They were building up a fortification, so we just assumed they needed a place to keep their nails and used a bottle."

"An afflicted person would bury the nail-filled bottle under or near their hearth, with the idea that the heat from the hearth would energize the nails into breaking a witch’s spell," an article published by the university read. "While nearly 200 witch bottles have been documented in Great Britain, less than a dozen have been found in the United States."

“It’s a good example of how a singular artifact can speak volumes,” Jones said. “It’s really a time capsule representing the experience of Civil War troops, a window directly back into what these guys were going through occupying this fortification at this period in time.”