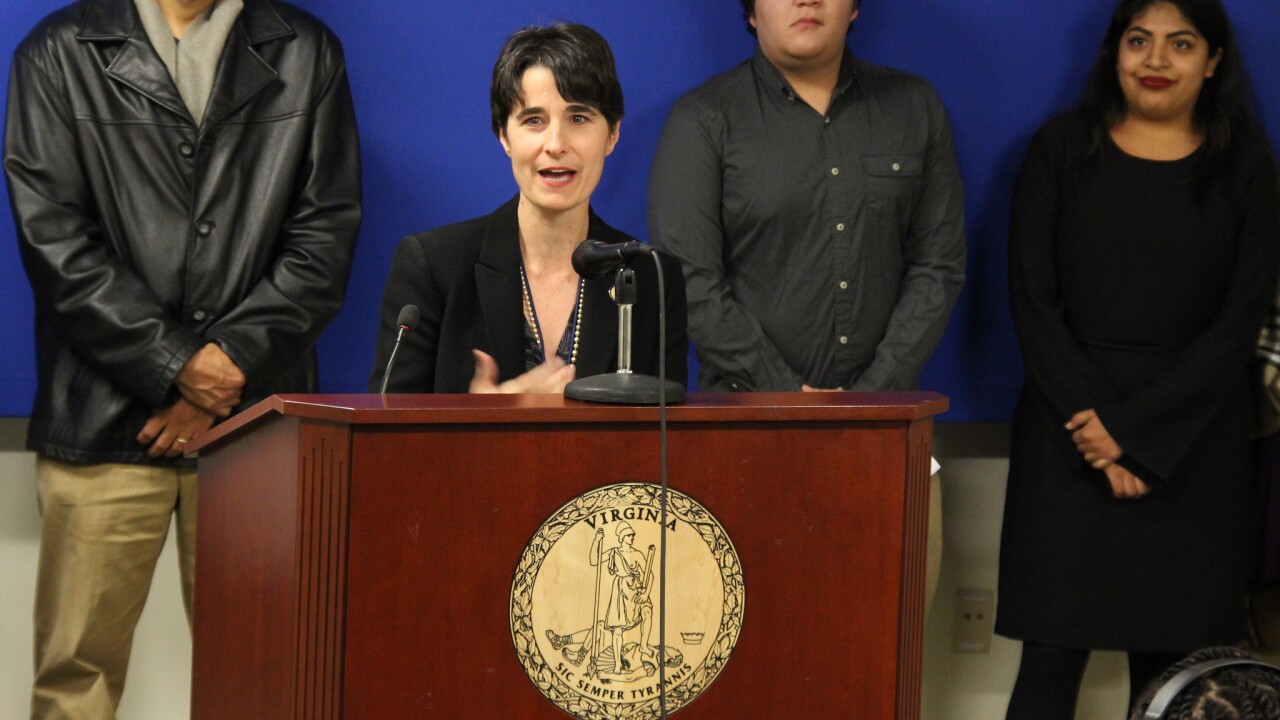 Delegate Jennifer Boysko (D – Herndon) talking about the benefits of in-state tuition for individuals who have applied for permanent residency. (photo by Adam Hamza)

RICHMOND, Va. — The Senate passed a bill earlier this week that would allow a person who changed their sex to have a new birth certificate issued, something that the transgender community said will help eliminate problems experienced when their legal identification doesn’t match their transition.

“I just think it’s important to try to make life easier for people without being discriminated [against] or bullied,” said Sen. Jennifer Boysko, D-Fairfax. “Allowing an individual who is transgender to change their birth certificate without having to go through the full surgery allows them to live the life that they are due to have.”

The bill requires proof from a health care provider that the individual went through “clinically appropriate treatment for gender transition.” The assessment and treatment, according to Boysko’s office, is up to the medical provider. There is not a specific standard approach for an individual’s transition. Treatment could include any of the following: counseling, hormone therapy, sex reassignment surgery, or a patient-specific approach from the medical provider.

A similar process is required to obtain a passport after a change of sex, according to the State Department [travel.state.gov].

Boysko said her constituents have reported issues when they need to show legal documents in situations like leasing apartments, opening a bank account or applying for jobs.

This is the third year that Boysko has introduced the bill. Neither bill made it out of subcommittee in previous years, but Boysko believes the bill has a better chance of becoming law this year.

“I believe that we have a more open and accepting General Assembly then we’ve had in the past, where people are more comfortable working with the LGBTQ community and have expressed more of an interest in addressing some of these long-overdue changes,” Boysko said.

Vee Lamneck, executive director of Equality Virginia, a group that advocates for LGBTQ equality, said the organization is “really pleased that this bill is moving through.”

“This bill is really important for the transgender community,” Lamneck said. “Right now many transgendered people do not have identity documents … this is really problematic when people apply for jobs or try to open a bank account.”

There are 22 other states in America that have adopted legislation similar to this, including the District of Columbia, Boysko said. The senator said that “it’s time for Virginia to move forward and be the 23rd state.”

The bills now advance to the House, where they must pass before heading to the governor’s desk.