Couple detained after dozens of cigarette cartons found in car: ‘Cigarette trafficking is a big deal’ 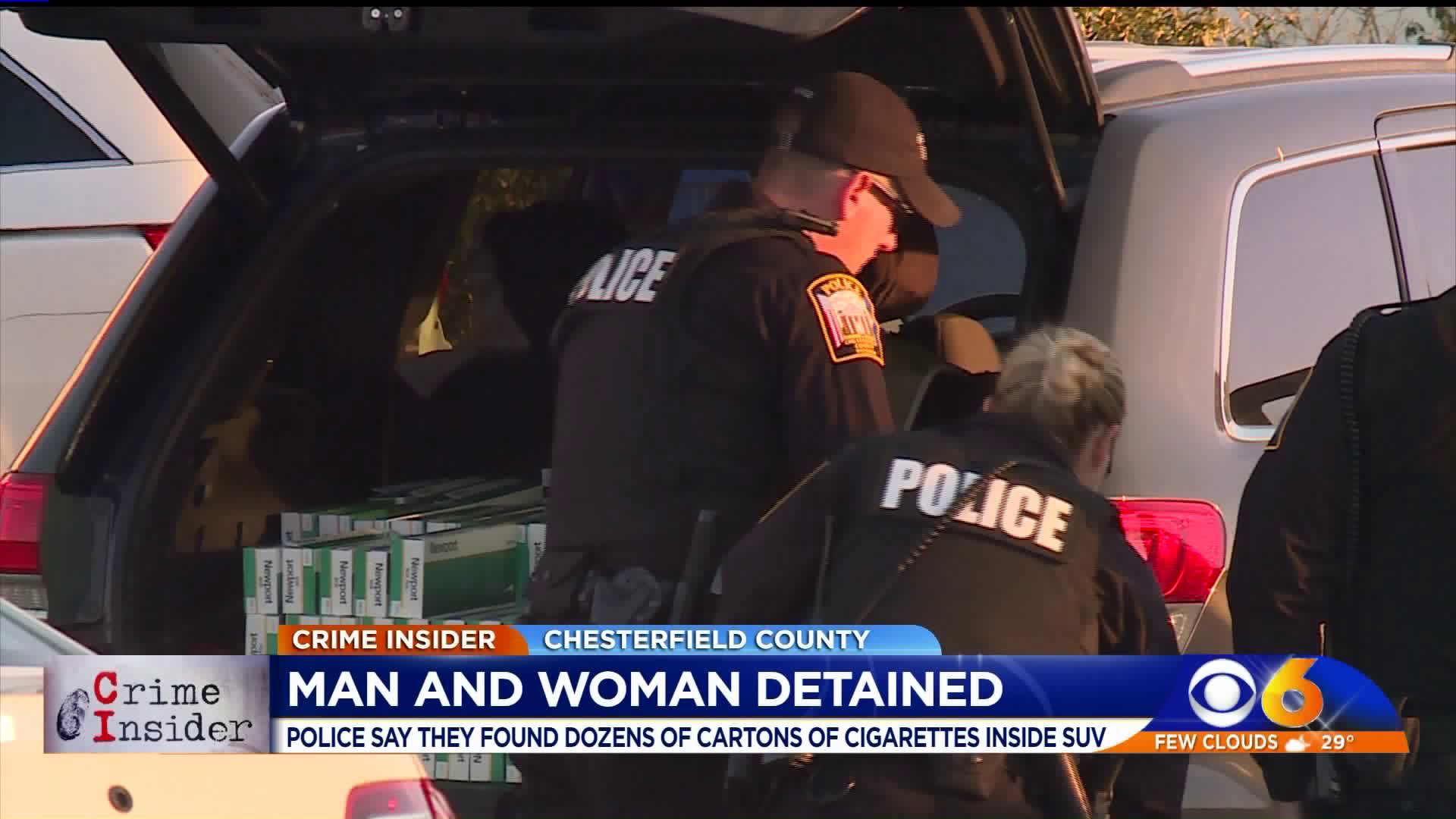 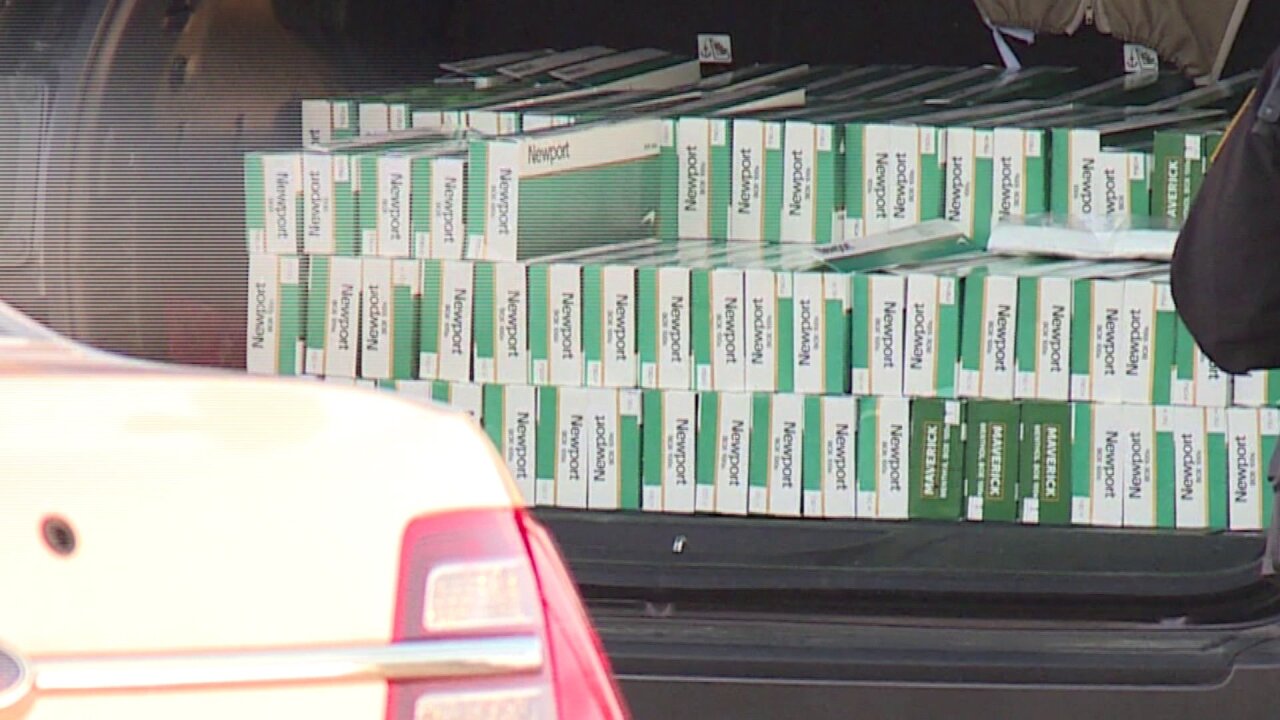 RICHMOND, Va. -- A couple was detained on the side of Hull Street in a traffic stop Wednesday afternoon after their SUV was found loaded with cartons of cigarettes.

"In Virginia there's a 30-cent tax on a pack but in New York City it's $5.83,” said Miles Turner from Law Enforcement Consulting, LLC. “So if you buy 100 cartons of cigarettes with a resale license, not only will you make a lot of money, but the people buying get them a whole lot cheaper and the state like New York loses all of that tax revenue."

The practice is called cigarette trafficking, and law enforcement experts say it can often be connected to organized crime

"Cigarette trafficking is a big deal because of where the money eventually usually goes, it usually goes to organized crime, overseas where it can't be traced and often used to fund terrorism."

Dozens and dozens of cartons were stacked as police searched and collected evidence of a potential crime that law enforcement agencies say they see often.

"There was a very prominent case handled by a detective in Henrico in 2018 or 2019,” said Turner.  “It was $60 million worth of cigarettes, that tax adds up astronomically as you can imagine."

Crime Insider sources tell me the man and woman I saw detained on scene were from Pennsylvania and written a summons for possession with intent to distribute tax-paid cigarettes.