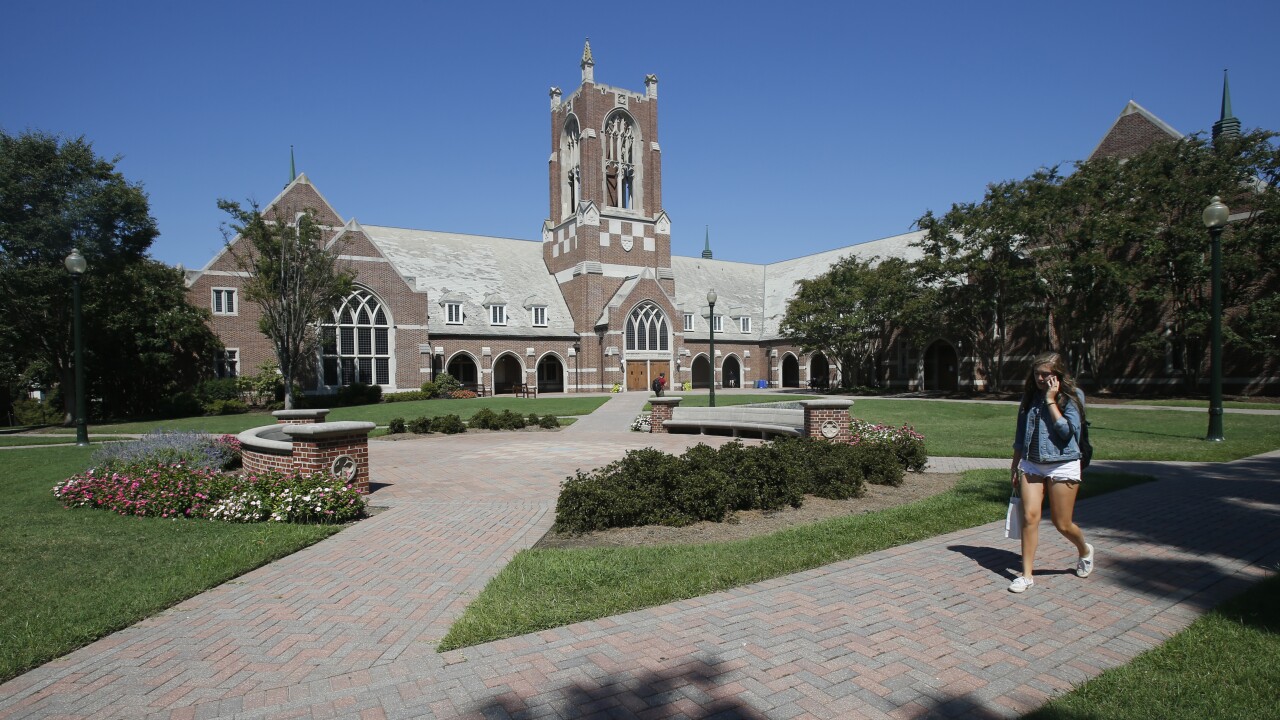 A student walks to class past Jepson Hall on the campus of the University of Richmond in Richmond, Va., Tuesday, Sept. 13, 2016. (AP Photo/Steve Helber)

Officials at the University of Richmond have confirmed that part of its campus was probably built over the graves of enslaved people.

University President Ronald Crutcher said in a message to the campus community on Thursday that months of research turned up evidence that over the course of a century, university officials uncovered burial remains at the site of a former plantation lying beneath the campus.

The study cited documentary evidence from 1912 to 1956 showing officials previously acknowledged the existence of the burial grounds, and workers uncovered remains during construction.

The university also announced the creation of a memorialization committee to research ways to honor the people buried there.